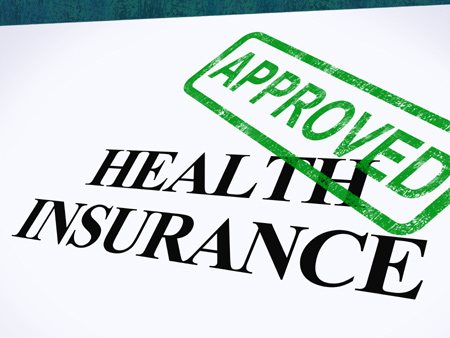 The scale of healthcare fraud across the world is alarming; the World Health Organisation (WHO) estimates that6.99% of medical scheme expenditure is lost on fraudulent claims1. This current global average loss rate equates to £313 billion2, which is three times the UK National Health Service’s (NHS) total expenditure for 2011-2012, and would fund more than 27% of European Union countries’ total healthcare expenditure for the same period1. Clearly, preventing healthcare fraud continues to be a huge challenge for healthcare organisations.

These substantial losses are occurring within an industry already plagued with rising costs, and are diverting resources, time, and money away from improving the quality and efficiency of patient care.With growing numbers of claims and a higher expectation for efficient payments, particularly in countries without a national healthcare scheme – such as the US – it’s increasingly easy for fraudulent activity to go unnoticed.

Many medical schemes struggle to admit the extent of healthcare losses to fraud due to the extremely direct and personal impact they have on human life. However, to fully address the issue of rising healthcare fraud, we need to stop ignoring how much fraudulent activity currently exists. If an organisation is oblivious to the nature and level of its fraud losses, it is impossible to establish the right strategy and solution to reduce them.

For example, once the NHS began establishing accurate information about fraudulent claims – including the extent and nature of these claims – the organisation was able to target these areas and reduce losses from fraud by up to 60% between 1999 and 20061.

The best step towards reducing fraud, waste and abuse is to help medical schemes use the kind of technology that is successfully used to fight credit card fraud – predictive analytics. In this case, the analytics have to be even more advanced, due to the complex nature of healthcare insurance.These analytics are already being used in the US and the UK – now their use is extending to other countries as well.

For example, FICO is working with AfroCentric’seHealth services subsidiary, Helios IT solutions, to offer a fraud management and payment integrity platform to help all medical schemes in South Africa detect fraudulent activity efficiently. The WHO estimates that South Africa spent 376 billion Rand (£18.5 billion) on healthcare in 2011 alone. This represents a significant opportunity for fraudsters, so it is clear there is a great need for protection.

The FICO Insurance Fraud Manager (IFM) uses predictive analytics to improve medical schemes’ ability to detect, review, assess and investigate suspicious claims to help providers limit losses. Any abnormal claim, healthcare provider, or procedure will alert a concern. If a medical scheme has the ability to detect fraudulent activity right at the beginning of the claim, then it frees up time and financial support for patients that rightly deserve it.

Healthcare insurers that take advantage of advanced analytics, predictive modelling, and social analytics are leading the way when it comes to identifying, investigating, and halting unwarranted payments. Not only does this kind of technology prevent fraudulent claims from being processed, it also frees up compliant healthcare providers from scrupulous reviewing procedures.

FICO’s predictive analytics software works by scoring each claim, and by profiling providers. Claims and providersthat receive a high score,and will not require further investigation by the insurer. For example, if 10 physicians were offering a specific treatment for £100 an hour but one physician was offering the treatment for £700 an hour, the system would flag the latter as an anomaly that needed investigation. By using such an automated score system, healthcare insurers are able to reduce the time they spend on investigating compliantclaims and providers and focus only on those that raise suspicion.

Adaptive predictive analytic models give medical schemes a vastly enhanced ability to identify and address existing and future losses from fraud, waste, and abuse. For example, a specialty health insurer in the US, Universal American, had become a target of medical fraud. Fraudsters would bill plans for ‘infusion therapy,’ which includes intravenous administration of drugs, including pricey cancer treatments – which makes it an attractive claim for scammers. To detect which claims were legitimate, Universal American implemented FICO’s Insurance Fraud Manager. Now, if a new provider comes in and bills large amounts of infusion therapy, the analytics software is able to detect whether the claimant genuinely has a history of cancer issues and flag when the diagnosis has no medical foundation. Predictive analytics have ensured that Universal American can identify problematic claims before they are paid, as opposed to after the funds have gone out. Consequently, Universal American has been able to save $6 million (£4 million) by detecting the infusion therapy scammers. By applying predictive tools, medical schemes like Universal American are helping to reduce unofficial payments and thereby release vital support for better patient care.

America’s Health Insurance Plans (AHIP) estimates that more than one-sixth of the U.S. economy is devoted to health care spending, and that percentage continues to rise every year2. By using advanced analytics to identify fraud, waste and abuse, we are one step closer to quashing these losses in the US and further afield. Once these fraudulent costs are cut, and payment integrity is assured, we can begin to re-juggle the expensive resources and wasted finance to ultimately halt, or at least reduce, the rising costs of healthcare insurance – making healthcare insurance more accessible and affordable for everyone.

Laurence Jacobson is a senior consultant at global analytics software firm FICO, and works with insurance clients throughout Europe, the Middle East and Africa.