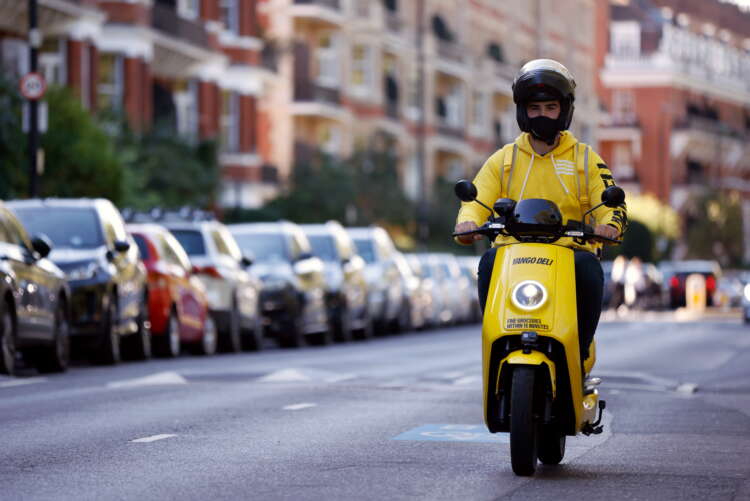 LONDON (Reuters) – Russia’s biggest internet company dispatched its yellow-shirted moped riders to deliver groceries across London on Thursday, the latest newcomer to launch in a crowded sector that is forcing Britain’s traditional groceries to revamp their business models.

At one of its new stores, in an arch under a brick railway viaduct in Battersea, South London, a fleet of bright yellow mopeds and bikes was parked outside for couriers.

Nasdaq-listed Yandex is Russia’s most popular independent internet search engine and largest ride-hailing provider. The “Russian Google” is comparatively little known outside its home market, but says its experience delivering groceries from around 400 dark stores at home and from new ventures in Israel and France will give it a technological advantage.

“We are not really a new company – we have already done it before,” said Evgeny Chernikov, General Manager of Yango Deli UK. “(We have a) massive bank of tech talent which means we can do many things much better and on a much larger scale than others.”

It launched food delivery services in Paris in August and Israel last year. But London is particularly competitive. Yango’s couriers will have to jostle for road space with those from other newcomers with names like Weezy, Getir, Dija and Gorillas, to say nothing of Uber, Amazon and the vans of the traditional grocers.

The Russian formula will need a bit of tinkering in Britain, Chernikov said: it costs more to hire workers, but British customers tend to have more money to spend.

“So it’s all about adjusting the business model to the economic conditions.”