Insolvency procedures as a result of the ongoing pandemic 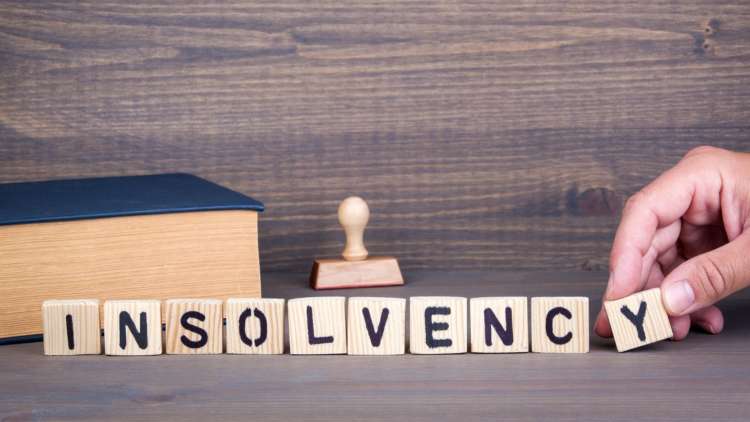 Contrary to popular belief, the number of companies going into insolvency has actually fallen since the coronavirus pandemic hit last year. Despite some high-profile companies entering insolvency processes in 2020, the data shows that during 2020 the total number of companies registered for insolvencies decreased by 27 percent compared to 2019. This statistic suggests that the government’s financial supports for businesses is working – so far. It also suggests that businesses which would have become insolvent during 2020 but for the government supports have been kept in suspended animation.

The government’s package of supports for business has included government backed loans, tax relief, cash grants and of course the furlough scheme, which is keeping people in employment even as businesses remain shuttered. These measures have thus far succeeded in preventing a wave of corporate insolvencies expected, despite the unprecedented economic disruption the pandemic has wrought. The million dollar question is what happens when these supports finally come to an end.

The government’s financial support is not indefinite, and as the vaccination programme rolls ahead at full steam hopes are rising of some sort of a return to normality. This could be dashed if a new variant takes hold which is resistant to the vaccines available. Should the economic disruption continue after the support measures have been withdrawn, the number of companies becoming insolvent and going into administration could spike. It may be that the changes which the pandemic has brought may be more lasting. For example, the London population is estimated to have dropped by 8%. Increased working from home is likely to become normal in many sectors. Many are seeking to move to more rural areas. Such changes will inevitably have economic impacts in certain sectors.

Some businesses which were struggling before the pandemic hit may have been kept on life support by the government’s measures to protect jobs and the economy. Many of these might naturally have wound up but for the pandemic and will do so once it’s over. It therefore seems likely that the end of government support for businesses will precipitate an increase in insolvencies, which will see many companies go into administration.

Administration can be an attractive option when a business is struggling. Administrators have specific duties and responsibilities to creditors that were attributed to them by the Insolvency Act, 1986. For example, when a business needs to be rescued, administrators will take control of the company. They have a duty to act in the best interests of the company’s creditors as a whole and will attempt to realise the highest returns for all groups if the company cannot be rescued.

The administrators will then write to the company’s creditors and inform Companies House that they have been appointed, while also publishing the fact of the company going into administration in the Gazette. The administrator then has 8 weeks to analyse the company’s situation and its prospects, and then to formulate a plan to resolve the situation. They have a range of options which they can consider. These include negotiating a Company Voluntary Arrangement so that the company can continue trading. Some businesses may be fundamentally sound, and could be sold as a going concern. Another option is a creditors voluntary liquidation, which is where the creditors agree to sell the company’s assets in order to recoup as much of their losses as possible.

Where a company is beyond rescue, the administrators must try to achieve a better result for creditors than if the company had been liquidated. During a formal insolvency procedure, the administrator must act with integrity and good faith. There are safeguards in place to protect against corruption. The insolvency industry is heavily regulated, and there are several forms of recourse available when concerns about fraud arise. These include issuing a formal complaint with the administrator, or with the creditors’ committee. The Insolvency Act itself also has provisions which enable that parties to seek legal remedies.

The ongoing COVID-19 pandemic is negatively impacting whole sections of the UK economy. Allied with that, increased friction caused by Brexit is already affecting some industries. The ongoing government supports for business are of course incredibly costly and the government will be keen to withdraw them, but perhaps on a phased basis as economic normalcy slowly returns. When these supports do finally come to an end, there will inevitably be a significant financial reckoning. Those businesses for whom the government supports served as a sort of artificial life support will become insolvent, while some businesses may reopen only to find that the economic landscape has changed beyond recognition. The government supports may be hiding a wave of insolvencies and unemployment. As economic reality finally bites, disputes with administrators and insolvency practitioners may well arise, for example where company directors feel dissatisfied with the steps taken on behalf of their company.