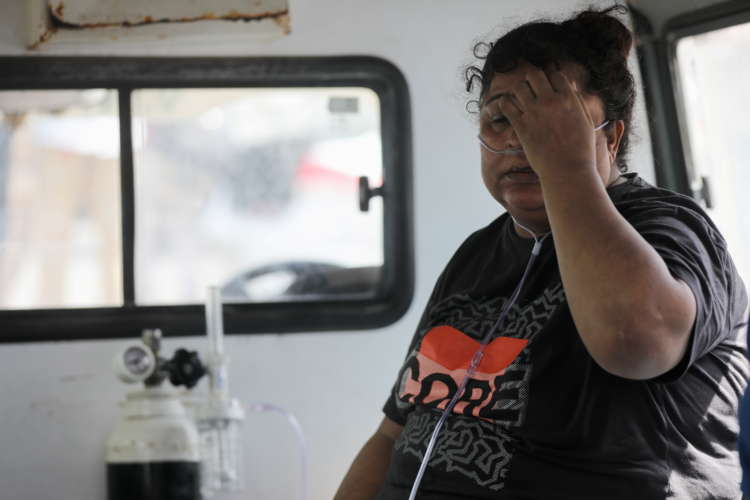 (Thomson Reuters Foundation) – A new website that records the lives and evictions of slum dwellers in the Indian city of Delhi will help address the chronic shortage in affordable and adequate housing across the country, urban experts said on Friday.

The Missing Basti Project, launched earlier this month by a collective of researchers, compiles data from analysts and human rights groups, and is open to inputs from anyone.

To date, it has recorded nearly 300 mass evictions in the Indian capital over the last three decades, including during the coronavirus pandemic, uprooting tens of thousands of people.

With no official data on evictions in India, the website will be critical to gauge the extent of homelessness and inadequate housing, said Gautam Bhan, a researcher at the Indian Institute for Human Settlements in Delhi.

“Many people in Delhi don’t even know the extent to which the city has been structured by evictions. So to even start to think and act differently, we need a record and evidence of an exclusionary urbanisation,” said Bhan, who backs the project.

“The website is both an archive against forgetting, and the foundation from which we can ask questions about the simplistic narratives of urban growth and transformation that hide trade-offs such as evictions,” he added.

Nearly 15 million people in India live under the threat of displacement, according to the Housing and Land Rights Network (HLRN) that compiles an annual record of evictions.

In 2019 alone, more than 107,000 people were forcibly removed from their homes, HLRN data showed.

Last year, at least 20,000 people were evicted between March 16 and July 31, despite court orders that banned such actions during lockdowns to contain COVID-19.

“Evictions during the pandemic were harder to record and prevent because of various restrictions,” said Vanessa Peter, a researcher at the ‎Information and Resource Centre for Deprived Urban Communities (IRCDUC), who provides inputs to HLRN.

“The homeless and those living in slums are largely invisible and excluded. The data gaps makes it harder to understand eviction patterns and to devise policy interventions,” she told the Thomson Reuters Foundation.

Across India, tens of thousands of migrants leave their villages to seek better prospects in urban areas every day, with many ending up in overcrowded slums because they cannot afford the high rents in cities such as Delhi and Mumbai.

About 65 million people live in India’s slums according to 2011 census data, which activists say is a low estimate.

With a push to modernise Indian cities, many of these slums and other informal settlements are routinely demolished to make way for office blocks and high-rise residential towers.

The Missing Basti Project draws inspiration from initiatives such as the Anti-Eviction Mapping Project in the United States and the Livingmaps Network in London, said Swati Janu, founder of non-profit the Social Design Collaborative, who is helping compile the data.

“Maps can be violent tools. Authorities forcibly remove people who are not on their maps, so it is important for us to create counter-narratives, and put people on the map and help them assert their right to the city,” Janu said.

Featuring stories of neighbourhoods and of people who have been removed from their homes, as well as legal wins and policy guidelines, the project aims to also spark discussions on affordable housing and inclusive development, she added.

“It is important to understand the history of our big cities – which might be places of growth and opportunity on one hand, but which have been built on inequality and unjust planning mechanisms on the other,” Janu said.

“Only then can we come up with better and more inclusive models.”

(Reporting by Rina Chandran @rinachandran; Editing by Michael Taylor. Please credit the Thomson Reuters Foundation, the charitable arm of Thomson Reuters, that covers the lives of people around the world who struggle to live freely or fairly. Visit http://news.trust.org)