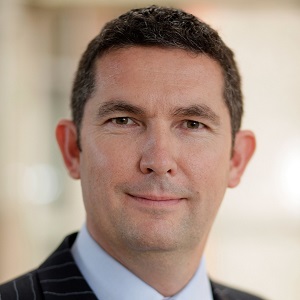 Steve O’Neill, CFO, EMEA Strategic Operations and Director of Sales Strategy explains the key things CFOs need to know when evaluating one of the top items of IT spend

Worldwide, the amount of digital data created, replicated and consumed each year is doubling every two years. EMC’s report found that the quantity of data will multiply 10-fold between 2013-2020, from 4.4 trillion gigabytes to 44 trillion gigabytes. This has complex – and expensive – consequences for businesses that need to store, secure and manage all this data to quickly drive competitive advantage whilst meeting with external compliance requirements and staff and customer needs.

Some estimates put the cost of this storage at between 40% and 60% of an organisation’s annual IT bill, as such, the CFO could benefit significantly from having a clear perspective on some of the emerging trends in in storage to help frame these investments.

One of the major trends in the way data is stored today is in the move from keeping data on traditional hard disk drives, which operate in much the same way as record players do with a ‘spinning’ disk, to solid-state ‘flash’ drives, such as the ones used in smartphones and tablets that have no moving parts. Whilst flash has historically been much more expensive per gigabyte of storage than traditional hard disk drives and therefore often ruled out of the CFO and CIO’s options, data reduction features are now making flashed based storage very affordable and the 3 to 5 year total cost of ownership (TCO) is changing accordingly along with understanding of the additional benefits that flash can deliver. However, beware that all Flash Storage Array’s are not the same, consistency and predictability are key.

Here are six things about flash storage I think CFOs need to consider.

IT budgets – and indeed all budgets – are always under pressure. A strategic CFO looks beyond the initial capex view to weigh up the 3 – 5 year opex TCO and will engage with their counterparts in IT to evaluate when and where possible returns from investments in technologies, like flash, could pay dividends. Talking to customers around our business, we see phenomenal interest in the XtremIO flash technology as businesses wake up to its potential to improve business performance, create competitive advantage, reduce risk and save them money in the medium term. CF “Nos’”, in the meantime, won’t get past the price tag, and risk exposing their entire business to rising costs, competitive disadvantage and unwanted risk as the digital universe continues to expand.

COULD BANKING ON CLOUD BE MORE SOLID THAN TERRA FIRMA?