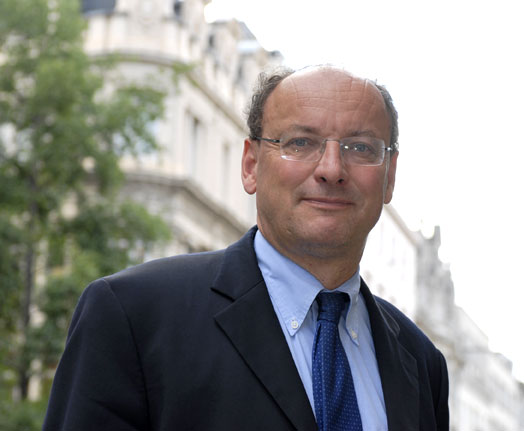 February 14, 2013 – London
Hans Christian Iversen, a former strategy director for Walt Disney in Europe and a leader in corporate transformational change programmes, has been appointed Managing Director at MorganFranklin Limited in London, the UK subsidiary of the international financial and technology consultancy.

Iversen possesses more than 20 years of experience in media, private equity, telecommunications, publishing, IT, banking, manufacturing, and management consulting. He has worked extensively throughout Europe in Scandinavia, Germany, France, Poland, and the UK. Iversen’s arrival comes as MorganFranklin Consulting, headquartered in the Washington, D.C., metro area, increases its headcount in London. Recent additions also include the appointment of Director Jon Kidd, former head of Global IT Applications Management at Barclays.

MorganFranklin’s London office, based at St. Paul’s, is also finalising a high-powered advisory board of senior City of London figures to raise the profile of the firm, which has been winning plaudits for its transformational corporate work in the United States and Europe. In 2012, MorganFranklin was named one of the leading business transformation consultancies in the United States.

“I’m delighted to be working at MorganFranklin to help achieve the firm’s strategic goals in Europe. We already have a number of major global corporate customers within Europe and, with expansion in mind, we are committed to boosting our presence in London and continuing to build our team of experts. I’m pleased that Jon Kidd is joining our team, and I hope to formally announce our advisory board of senior City figures within the next few weeks,” Iversen said.

Iversen is an accomplished and experienced executive leader whose background spans international marketing and business development, HR management, IT infrastructure, wealth management, and corporate finance. He has been credited with delivering millions of pounds in revenue growth while improving competitive market positions for organisations ranging from small businesses and high-growth startups to multi billion-pound operations.

“MorganFranklin is excited to welcome Hans Christian to our management team, and we value the leadership experience that he brings operating in complex international environments,” said Robert Morgan, chief executive officer and co-founder of MorganFranklin. “Hans Christian has a track record of identifying core business challenges, setting strategic direction, and attaining peak performance. He is committed to building and motivating talented teams by ‘leading from the front’ and providing the training, support, resources, and guidance needed to exceed organisational objectives.”

Prior to joining MorganFranklin Limited, Iversen served for seven years as a director at Committed Capital Financial Services Ltd., an Australian/ UK private equity and corporate finance firm specialising in investing in and providing corporate finance advice to fast-growing companies. He also served as head of media and telecommunications at Roland Berger Strategy Consultants in London, working on a large number of restructuring assignments. During this time, he masterminded a strategic change programme at Thames Water that delivered more than £120 million of efficiencies over a two-year period.

In addition, Iversen turned around Lawshare Ltd., a national stockbroking firm handling transactions for many of the country’s wealth fund managers, while operating as chief executive and executive chairman. He also worked at Deloitte Consulting as partner in charge in Denmark and head of global media in London. Prior to that, Iversen served for more than five years as vice president and director of strategy for the Egmont-Disney publishing group, leading all publishing activities and successfully launching Walt Disney, Warner, and Hanna-Barbera publications in 10 eastern and central European countries.

Iversen holds a Master of Science degree in international relations and economics from the London School of Economics and Political Science, as well as a Master of Science degree in political economy and public sector from Aarhus University in Denmark. He is fluent in more than six European languages, including French, German, Italian, Swedish, Norwegian, and Danish.

Also joining MorganFranklin is Jon Kidd, who has been a strategic director with Capita, a £3 billion turnover business, as well as the global operations director of Mastek, a Mumbai-based software company. Kidd was headhunted by the government of Abu Dhabi as CEO and set up Musanada, the government’s shared service company. While serving as the head of Global IT Application Management at Barclays, he led a comprehensive programme of service transformation, cost reduction, and global rollouts. Previously, Kidd delivered a number of outsourcing deals at Xansa and served as the chief information officer at the Walt Disney Company EMEA.

Does employee behaviour pose the greatest risk to the sector’s reputation?