From AI hype curves to NFT bubbles; the tech questions that we may just answer this year 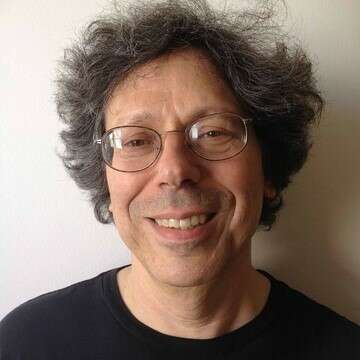 By Mike Loukides, Vice President of Emerging Tech at O’Reilly

From AI hype curves to NFT bubbles, each year technology throws up a fresh set of trends that inspire debate and valuable discussion at one end of the spectrum and, at the other, headline-grabbing hype and hyperbole. Finding the answers is a matter of discernment, evidence and informed speculation. With that in mind, let’s look at some of the questions we see rising to the top this year in tech.

Have we hit the trough of the AI hype curve?

No matter the industry, the topic of artificial intelligence is inescapable, lauded as the solution to the myriad woes. It’s hard to deny the impact of computational techniques including AI, which enabled Pfizer/BioNTech, Moderna, and others to develop effective mRNA vaccines for COVID-19 in astonishingly little time. In addition to creating vaccines that target new COVID variants, these technologies will enable developers to target diseases for which we don’t have vaccines, like AIDS.

Such advances require developing large deep learning models, which is spawning ‘AI as a service’ (AIaaS). These models require massive processing power, which means Azure-scale computing facilities. With Microsoft making GPT-3 available as a service, the emergence of AIaaS is a trend to watch and may encourage the creation of more large-scale models.

However, on the ground, there is evidence that AI advancement has stalled. Perhaps this is a manifestation of Gartner’s famous ‘hype curve’? Have we hit the AI winter, the so-called ‘trough of disillusionment? Perhaps not. Our research shows that the long-predicted shortage of AI expertise has become acute, and that the problem of putting AI models into production is finally getting attention.  Either of these problems alone could make it look like AI has stalled.

Will CIO’s finally accept that multicloud is inevitable?

Cloud adoption is a grassroots activity, and deployment is hardly ever top-down. They start with a research experiment here, a marketing project there, and so on. Sooner or later, you have a cloud deployment—or, more likely, six or seven completely different deployments. By the time someone starts to build a high-level cloud strategy, the organisation is already multicloud, whether or not they realise it. An essential part of building a cloud strategy recognises that the cloud is inherently multi or hybrid. The biggest issue isn’t which provider to choose but how to create an effective cloud infrastructure across multiple providers. That’s how organisations become truly cloud-native.

Will we embrace the metaverse?

Virtual and augmented reality are topics that have rumbled on for years, often seemingly at the point of breaking out. Consider the much-hyped then fizzled story of Google Glass in 2013, which survives as an enterprise edition, but never achieved widespread use. Similarly, startups like Oculus (now part of Meta) have never broken beyond a small segment of the gamer market.

But VR and AR have gone nowhere. Mark Zuckerberg summoned a storm by talking about ‘the metaverse’, a spoiler perhaps for the recent renaming of Facebook to Meta. Microsoft and other companies have followed suit, announcing their versions of the metaverse. Apple’s been quiet, but the company is working on augmented reality glasses. With Apple’s core expertise being to make something cool, it might be their Google Glass alternative that finally breaks the consumer barrier and makes geek, chic.

However, what is piquing the interest of many meta observers is the discussion of how such technologies may further revolutionise work. Talk from Meta, Microsoft, and others consider how virtual reality helps people work from home, typically making meetings better. Perhaps they’re solving the wrong problem? Whether at home or not, workers don’t want better meetings; they want fewer. If Microsoft can figure out how to use the metaverse to make meetings unnecessary, it’ll be onto something. This also doesn’t answer the privacy concerns many have about the metaverse being another vehicle to bypass personal privacy. It’s hard to imagine many people wanting to share a video of their life with the metaverse. And while Zuckerberg is excited about the metaverse’s potential for work from home employees, it’s tough to imagine that a company will want a video feed of its staff’s activities going to the Meta mothership.

The point of NFTs becomes clear?

This year started with a barrage of NFT launches, from hipster festival favourite Coachella to Lamborghini, which is no surprise given that they currently represent conspicuous consumption at its most conspicuous. While NFTs are currently all the rage, an outlet for cryptocurrency millionaires to show off, they don’t fundamentally change anything. Or do they? NFTs are programmable, but this hasn’t been fully explored. Potentially something fundamentally new is on the horizon for NFTs, revealing its true worth. Or perhaps not.

NFTs bring to the fore the ongoing discussion of Web 2.0 versus Web3, which often misses a crucial point. As explored recently by Tim O’Reilly, Web3 is a collection of ideas about a next-generation web that’s no longer dominated by a small number of gigantic platforms, like Facebook and Google. It is about using decentralised protocols like InterPlanetary File System (IPFS) with blockchains and NFTs to make content immutable and ownable. Is this the year the connection between the decentralised web and blockchain will take off? Aside from the hype, it isn’t clear what blockchains and NFTs bring to Web3. We already have a web where anyone can publish, and a web where everything is owned and where all transactions require paying a tax to blockchain miners isn’t a step forward. While many Web3 proponents find traditional banking distasteful, there is less competition among cryptocurrency exchanges, NFT marketplaces, and mining cartels than there is among banks.

Web 2.0 wasn’t about creating new applications; it was what was left after the dot-com bubble burst. All bubbles burst eventually. So what will be left after the cryptocurrency bubble bursts? Will there be new kinds of value or just hot air? We don’t know, but we may find out in the coming year.