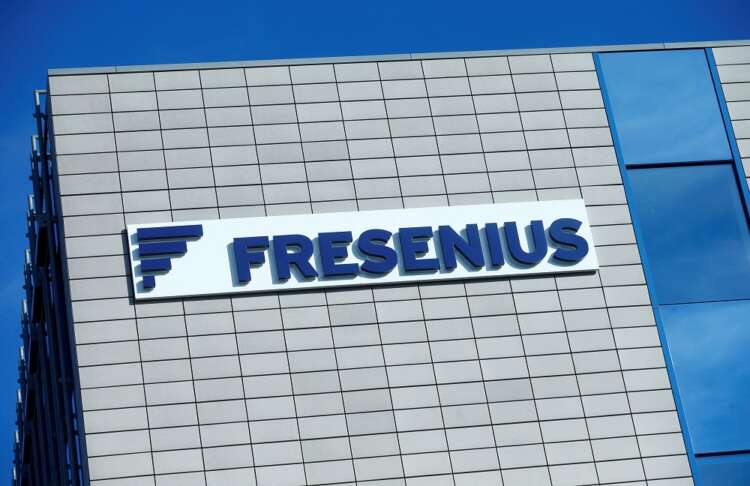 By Ludwig Burger and Riham Alkousaa

(Reuters) – German healthcare group Fresenius has cut its 2022 guidance for the second time on persistent cost inflation and staff shortages with its new CEO pledging a review of all its diversified businesses.

The company’s shares gained 5.7% on Monday, bouncing back from a drop on Friday, on hopes that a new leadership team will right the ship.

In a statement on Sunday, the drugmaker and healthcare services company said its adjusted net income would likely fall 10% this year, excluding foreign exchange effects, having previously indicated a decline in a “single-digit percentage range” at worst.

But other businesses, in particular hospital project developer Vamed, were hit by cost inflation, staff shortages and supply chain disruptions, it added.

FMC now expects net income to decline in the high-teens to mid-20s percentage range this year, down from its previous outlook of a high-teens percentage drop.

The new chief executive at parent Fresenius, Michael Sen, who started this month, said he had embarked on a “top-to-bottom” review of all business activities, with a focus on profitability.

“This will not happen overnight, but we will move at a faster pace and more decisively than ever before,” said Sen.

His initial attention would be on cutting costs and activities that do not contribute to the group’s focus on return on capital would be stopped or divested, he said in an analyst call.

JPMorgan analysts said in a note this indicated “greater scope for strategic change” which is likely to be viewed positively.

FMC and Fresenius shares had fallen 8.9% and 3.2% on Friday, respectively.

Activist investor Elliott has taken a stake in Fresenius, a person familiar with the matter told Reuters this month, sparking speculation it might push for a break-up.

“There is also a clear urgency to turnaround our operational performance with bold interventions,” she said.

The dialysis company was also hit by the coronavirus pandemic, with about 24,600 COVID-related deaths among its patients since the start of the pandemic.