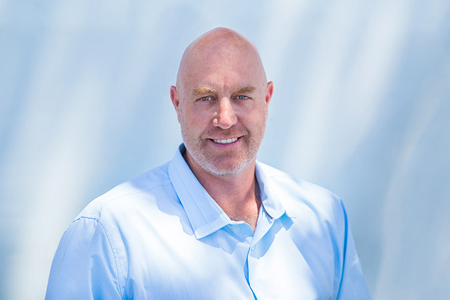 The Foreign Exchange is a global, 24-hour marketplace, and day-traders can buy and sell currencies at any time of day, Monday through Friday. Yet individual currency pairs tend to trade in greater frequency during specific market hours. For example, during the U.S. Session, the U.S. dollar makes its biggest movements and its trading volume is at a maximum. Similarly, during the Asian Session, the Japanese yen experiences its greatest trading volume. In general, there are three distinct market sessions, including the U.S., Asian, and European sessions. Additionally, there are two specific market overlaps, when two markets are open concurrently. Overlap sessions include the European-Asian Overlap and the U.S.-European Overlap. During the U.S.-European Overlap, for example, trading volume increases exponentially, and currency prices make their most dramatic fluctuations. Therefore, many Forex investors tend to focus the bulk of their daily trading during these overlap hours.

If you’re new to Forex trading, it’s important to understand the best times to trade specific currency pairs. For example, a Forex trader based in Australia should focus her attention on the Asian Session, as well as the European-Asian Overlap. U.S.-based Forex traders, on the other hand, would fare best to trade during the U.S.-European overlap.

The Asian markets are the first to open each day, with Tokyo serving as the largest marketplace. Typically, a number of Japanese yen pairs, including GBP/JPY and USD/JPY, tend to experience the most volatility during these hours. Therefore, short-term traders tend to deal these volatile pairs more frequently during this session. Risk-averse traders, though, tend to focus on pairs that have moderate volatility during the Asian session. These pairs include AUD/JPY and GBP/USD. Medium- and long-range traders typically open positions in these pairs, as price movements are less dramatic.

The European-Asian overlap lasts just two hours, and compared to the U.S.-European overlap, trading volume is fairly minimal. In fact, it’s one of the slowest trading sessions of the day. During this two-hour period, short-term traders typically avoid the markets.

Britain and the European Union are two of the largest trading centres in the world. In fact, London accounts for about 30 percent of the entire Forex market. Since its one of the most active trading sessions, market liquidity is at a maximum, and many major Forex transactions take place during these hours. Currency pairs that include the British pound, including GBP/CHF, GBP/USD, and GBP/JPY are traded heavily during the European session, and they experience their highest volatility throughout the session. This is particularly advantageous for short-term traders who focus their trading on the British pound. Conversely, several currencies experience low-to-moderate volatility during the European session, including AUD/USD, NZD/USD and AUD/JPY, making this an ideal time for opening long positions in these pairs.

Behind London, New York is the world’s second largest Forex marketplace and the U.S. accounts for nearly a quarter of all Forex transactions. Typically, market volume peaks during the morning session, which is the U.S.-European overlap. The overlap lasts four hours each day, and liquidity and price volatility are at a maximum during these hours. In fact, nearly three-quarters of price action for major pairs occurs during the overlap, which is why this is a particularly important time for short-term day-traders. During the U.S. Session, typically all major pairs have their greatest price action, including GBP/CHF, EUR/USD, GBP/EUR, USD/CHF, and USD/CAD.

Successful Forex trading is all about timing, and that’s why it’s important that beginning traders understand how the various markets affect each other. Depending on where you live in the world, you should adjust your trading based on the markets that are open.

Author Bio:
Embarking on trading after 15 years as an entrepreneur and a marketing and business manager within the IT field, Brent Eaton is one of LearntoTrades most experienced traders and educators who has experienced first-hand the highs and lows of the stock market and Forex.

Bringing over 10 years of trading experience, and building his sustaining wealth through Learn To Trade methodologies, Brent has helped thousands of students learn about trading and improve their wealth strategy.

Work Life – My Journey into Trading for a Living

EUROPE: A SUMMER OF DISCONTENT?