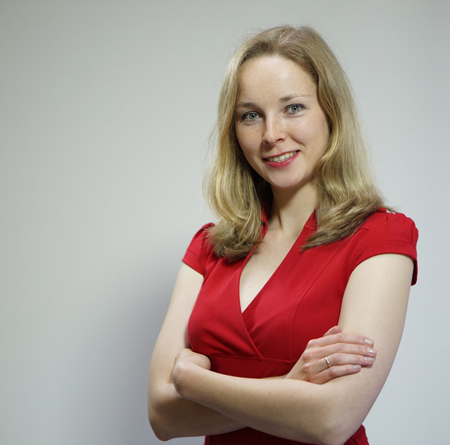 By Elizabeth Belugina, head of analytical department at FBS

The US Federal Reserve appraised America’s economic strength in December and optimistically assumed that it will raise rates 4 times in 2016. The greenback has been strengthening since the second half of 2014 on the expectations of policy tightening. However, it turned out that the external background did not provide the Fed with favorable conditions for such step. The trouble came from the East: Chinese stocks suffered several ‘black’ days during the summer of 2015 making the panic spread to other markets. The same happened in early 2016. As a result, the market, which priced in higher American rates, started moving in another direction. Speculators closed their large bullish US dollar bets, and the US dollar index fell in February to the lowest levels since October. History shows that although US currency tends to strengthen ahead of the Fed’s rate hikes, the actual increase in rate often coincides with lower USD. Buy the rumors; sell the fact, as they say. Now there will certainly be a pause in the Fed’s hiking cycle. Since the start of global financial crisis no central bank was able to lift up the interest rate without then being forced to backpedal. The Fed will likely take a wait-and-see approach and adjust its forecasts to the new reality.

We are once again entering a phase of high uncertainty. How the situation at the major markets will develop?

China is one of the major factors affecting global economy and finance. Chinese economic growth used to be measured in double digits, but we have started witnessing the “landing” of Chinese economy in the recent years. According to the National Bureau of Statistics, China’s GDP growth rate in 2015 was the weakest in 25 years as it fell to 6.9% from 7.3% in 2014.

On of the main financial problems of China is the strong capital outflow. Scared investors hurry to take their money out of the Celestial Empire, and the situation resembles a bank run. Even though as exporter Beijing needs a weaker rate of renminbi, the People’s Bank of China has to sell US dollars to hold in the devaluation of the national currency. The nation accumulated huge reserves during the years of the yuan’s strength, but this stockpile was drained by the record amount of $513 billion in 2015. Chinese central bank took a number of measures, but capital flight is still possible.

There are reasons to believe that the yuan will remain under negative pressure in the near future making Chinese assets less attractive. All in all, 2016 should be a quite normal year for the global economy. The International Monetary Fund worsened the forecast for the world’s economic growth from 3.6% to 3.4% in comparison with its October assessment. The problem is that the market players are used to more, from China as well, so even slight deteriorations are very painful. Chinese newsfeed will remain negative in 2016, so new panic attacks are likely.

All markets got weaker. This is an inevitable consequence of the swelling state, into which they were brought by the cheap money.

American shares lost bullish momentum since the start of last year. S&P 500 dipped from May high by more than 13%. For the first time since 2009 the companies included in the index saw 3 quarters of declining returns. According to the forecasts of Factset, the income of the US business will keep decreasing and will fall by 5.3% in Q1 and by 0.4% in Q2. As a result, S&P 500 and other American indexes have significant downward potential. Some indexes have already entered the bear market, as defined by the decline of more than 20% from the recent peak. Asian shares reversed down in the middle of 2015. European stocks also lost more than 17% since the start of the year. Strong negative pressure is connected with the euro zone banks problems, which impede credit and economic growth.

Oil price volatility keeps destabilizing the market. The factors are negative: supply glut, especially after the sanctions were lifted from Iran, and shortfall of demand caused by the reduced need for commodities in China. Oil lost 70% in the past 18 months, and it looks like the period of low prices will be protracted.

Much will depend on OPEC’s decisions. Some of the exporters agreed to freeze productions at January levels. However, even in this case production volume will still be very high. The problem is that no country wants to lose to other players. American producers, if they leave the market, will be able to return pretty quickly, if the prices go up. As oil is quoted in the US dollars, stronger American currency will pressure the prices making commodity currencies decline. This, in its turn, will give the greenback even more strength.

Brent may fluctuate in range of $20-60 a barrel this year. In the second half of the year we may see some recovery, but it should be weak.

Unlike the Fed, the European Central Bank and the Bank of Japan are operating with an active printing press. Despite this fact, it becomes harder and harder for them to limit the euro’s and the yen’s growth. As the markets are very risk averse, demand for the currencies backed by current account surplus is increasing. The same goes for the Swiss franc. The advance of the euro and the yen reduces the already small inflation in Europe and Japan. As a result, in order to avoid deflation the regulators will likely have to ease their monetary policy even more. At the same time, these central banks have already used the biggest part of their resources and even switched to negative interest rates on deposits. As a result, although market players keep expecting the ECB and the Fed’s balance sheets to keep increasing, potential for weakening in the euro and, especially, the yen, has declined.

For the British pound one of the main problems is the risk of Britain leaving the European Union. In addition, low oil prices will affect the pound decreasing inflation in the UK and delaying the rate hike. Commodity currencies – Canadian, Australian and New Zealand dollars will still be limited by the weakness in commodity market.

So, moderate global economic growth, continuation of landing in China, low oil prices have potential to be the main trends of 2016. In the meantime, there are still many unknown variables, the main of which is the Fed’s policy and the US dollar’s rate.

One can distinguish two ways for American and global economy this year. The first one is that strong dollar will hit the US economy and rob it of its advantage. This scenario presumes decline in risk assets and strengthening of gold and refuge currencies. If, on the other hand, the Fed will manage to slow down gains in the greenback, this will allow global economy to stabilize and accelerate growth led by the riskier assets. In this case, however, the Fed will have to make an extremely difficult decision, whether to keep increasing interest rates and how fast to do it. The first step in this direction wasn’t successful and there’s no guarantee that the next rate hike won’t lead to the same consequences for the global economy and financial markets.