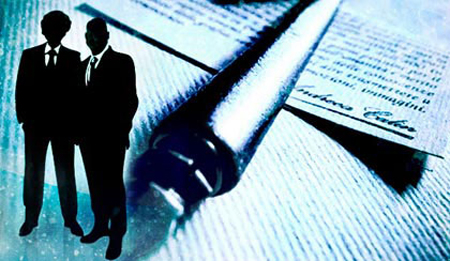 Following recommendations in 2013 by the Parliamentary Commission on Banking Standards (PCBS), and in an attempt to strengthen internal procedures which allow individual employees to raise concerns, the Financial Conduct Authority (in conjunction with the Prudential Regulation Authority), has recently published a new set of rules on whistleblowing for organisations covered by the forthcoming Senior Managers Regime.

These include UK deposit-takers with assets of £250m or greater (including banks and building societies), PRA-designated investment firms and insurance or reinsurance firms within the scope of Insolvency II. The FCA also considers the new rules as non-binding guidance for all other firms which it supervises.

The new rules require, among other things, the appointment of a Senior Manager as a ‘Whistleblowers’ Champion’, and to put in place internal arrangements able to ‘handle all types of disclosure’. Employees’ settlement agreements should explain their legal right to blow the whistle and inform them of FCA and PRA whistleblowing services, and reports should be presented to the board at least annually.

Relevant firms will have until 7 March 2016 to appoint their Whistleblowers’ Champion (when the Senior Managers Regime begins to apply generally), whilst the remainder of the whistleblowing rules will come into force on 7 September 2016.

The FCA are not the only ones who recognise that robust internal mechanisms for handling internal concerns are playing an increasingly important role in both maintaining a company’s efficiency and curbing economic crime. According to a recent report by GoodCorporation, which assessed almost 3,000 anti-corruption controls among British businesses three years after the coming into force of the Bribery Act 2010, 63% of anti-corruption due diligence procedures are inadequate. According to GoodCorporation director Leo Martin, ‘a wave of new corruption scandals is almost inevitable’.

One can point to the legislative protections already in place to defend whistleblowers from reprisals under the Public Interest Disclosure Act 1998. However, based on the PCBS findings, the FCA seem to be arguing that even where such protections exist, employees may nevertheless be reluctant to come forward if they are not made aware of them, and may therefore lack the confidence to approach their employers.

This is not an unfounded concern. Research by the Institute of Business Ethics has found that 1 in 4 employees are aware of misconduct and 52% of those that are aware of misconduct stay silent. More worryingly, an Ernst and Young 2013 survey (‘Navigating today’s complex business risks in Europe, Middle East, India and Africa Fraud Survey 2013’) found that 42% of board members and senior managers were aware of some kind of irregular financial reporting in their company (but presumably few, if any, had acted on it).

The reasons for this are numerous, from the pressure to deliver growth (or the appearance thereof) at any cost, to employees feeling that any concerns they raise will not be taken seriously (in many cases not unjustifiably, as Ernst and Young found) or to a persistent ‘perception gap’ whereby employees maintain that, even if other people engage in bad practice, they or their own firm do not.

In keeping with the growing consensus that corruption is no longer simply ‘the price of doing business’, (which does not grease the wheels of local enterprise so much as throw a spanner in them by creating inefficiencies which would not otherwise exist), there is now a growing recognition that a well-maintained, properly resourced whistleblowing programme in a culture which takes compliance seriously represents an effective approach to this problem. It can also pay to communicate these benefits. The alternative also needs to be considered; an employee who feels he or she cannot blow the whistle on bad practice internally may feel compelled to do so externally to regulators, or even the press.

There will always be limits to what a regulator can do to encourage good behaviour without undoing good intentions with unnecessary burdens. In this case, the FCA has decided that a slightly (although not hugely) increased burden is required, through a combination of information, procedures reporting and (perhaps most significantly) the identification of a single individual to champion the cause. They will doubtless be hoping that the benefits of more thorough whistleblowing programmes become more and more visible in the near future, in order to convince those responsible for their implementation that they are a small price to pay to prevent corruption.

THE BIG BUSINESS OF A SMALL BUSINESS