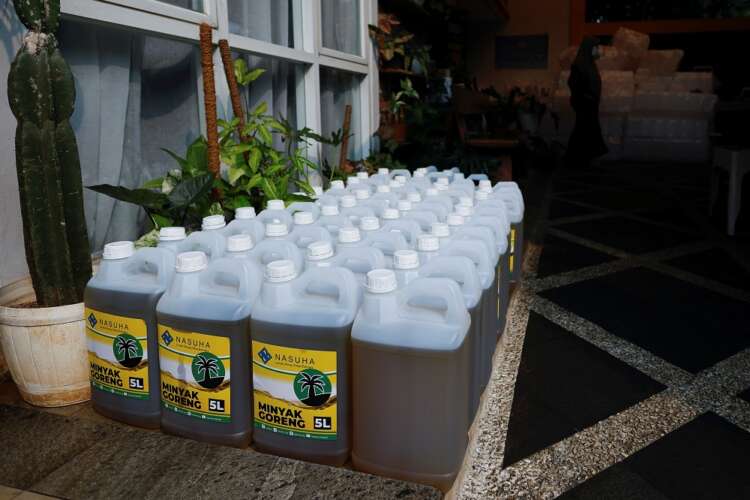 Palm oil is the world’s most widely used vegetable oil and is used in the manufacture of many products including biscuits, margarine, laundry detergents and chocolate.

Below are details on the world’s major edible oils:

Palm oil is by far the most produced, consumed and traded edible oil in the world, and accounts for roughly 40% of the supply of the top four most popular edible oils: palm oil, soybean oil, rapeseed oil (canola) and sunflower seed oil.

Around 77 million tonnes of palm oil are expected to be produced this year, according to the U.S. Department of Agriculture (USDA). Indonesia is the top producer, exporter and consumer of palm oil, accounting for around 60% of total supply. Malaysia is the second largest supplier with about 25% of global supply share.

India is the top palm oil importer, while China, Pakistan, Bangladesh, Egypt and Kenya are other major buyers.

In a typical year, palm oil accounts for 40% of India’s vegetable oil food consumption, according to the USDA. Import forecasts have declined this year because of Indonesia’s restrictive trade policies, high edible oil prices and other factors.

Global palm oil production slumped in 2020 and 2021 due to a drop in migrant labour on plantations across Southeast Asia, which led to reduced fruit bunch collection and lower fertilizer applications for trees.

Prices soared to a record high on concerns over Indonesia’s decision to effectively ban exports of palm oil.

Argentina is the top soyoil exporter but expected to ship less oil this year following a poor end to its soybean growing season. The country briefly halted new overseas sales of soy oil and meal in mid-March before hiking the export tax rate on soy oil and meal to 33% from 31% in a bid to tamp down domestic food inflation. Brazil and the United States are the next largest exporters, according to the USDA. More soy crushing plants are expected to open in coming years in the United States due to a strong demand to use the oil in biofuel, but capacity to increase demand in the near term is limited.

India is the top soyoil importer.

Around 29 million tonnes of rapeseed oil are expected to be produced this year, according to the USDA, mainly in Europe, Canada and China. China and the United States are top importers.

In 2021, drought slashed Canada’s harvest of canola, a variety of rapeseed, and Europe also suffered crop damage, which reduced oil supplies for 2022.

Canada exported about 75% of its canola oil used in food and fuel last year, with United States taking 62% and 25% heading for China, the Canadian Oilseed Processors Association said.

Russia and Ukraine account for 55% of global sunoil output and 76% of world exports. Since Russia’s invasion of Ukraine in February, shipments from the region have slumped and this year’s production is expected to be disrupted in Ukraine.

Traditionally, China, India and Europe are the main sunoil importers, but buyers there are all currently scrambling to find alternative oils to replace the lost supplies from the Black Sea.

More than 90% of India’s imported sunflower oil usually comes from Ukraine and Russia.

Argentina is the world’s fifth biggest sunflower oil exporter, according to the USDA.

(Reporting by Gavin Maguire in Singapore and Tom Polansek in Chicago; Editing by Mark Potter)