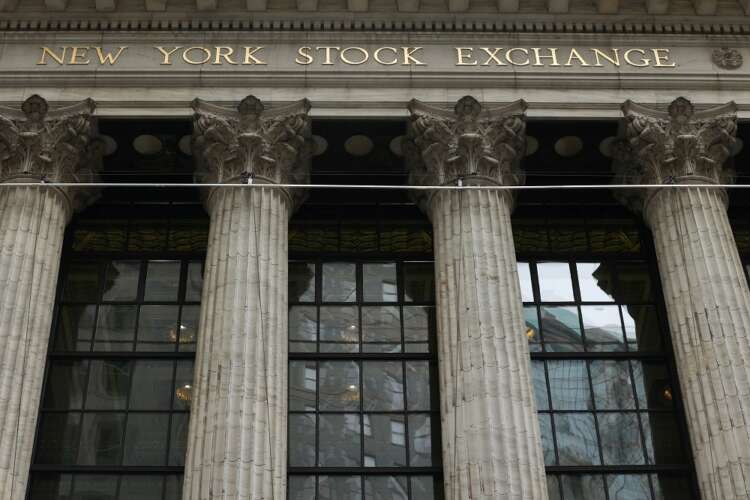 Powell said that a half-point interest rate increase will be “on the table” when the Fed meets in May, adding it would be appropriate to “be moving a little more quickly.”

“Powell is intimating that avoiding a recession will not be easy. That is new,” said Tim Ghriskey, senior portfolio strategist for Ingalls & Snyder in New York. “It’s a relief for the market to hear the Fed admit this, therefore they may be more focused on avoiding this possibility or avoiding any type of deep recession, which is what the market really fears.”

The MSCI world equity index, which tracks shares in 45 nations, was down 0.81%.

Bond yields were on the upswing Thursday, with the benchmark 10-year Treasury yields climbing to 2.9347% after Wednesday’s high of 2.981%, which had been the highest since December 2018.

Markets had been boosted earlier in the day, as upbeat Tesla earnings and airline forecasts of profitability this quarter joined with data showing unemployment rolls at their lowest level in 52 years. [.N]

Powell said during a discussion of the global economy at the meetings of the International Monetary Fund that the labor market was “not sustainably hot.”

His remarks effectively confirm market expectations of at least another half-percentage-point rate hike from the Fed next month while one ECB policymaker said on Wednesday it might start hiking euro zone rates as early as July.

Citi’s Global Markets Strategist Matt King said the pressure for markets was also coming from quantitative tightening, or QT – the process of years of frantic central bank money-printing going into reverse. That process is just about to start and over the next year he estimates it will see around half a trillion dollars being sucked out of the global financial system by the Fed alone. 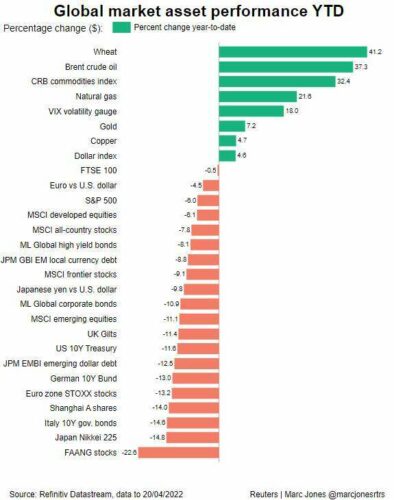 In the currency markets, the dollar index, which tracks the safe-haven currency against a basket of six currencies, was up 0.18% to 100.57.

Oil also gained Thursday as concerns about supply due to a potential European Union ban on Russian oil came to the fore. Russian forces stepped up their attacks in eastern Ukraine on Thursday.

Looming rate hikes weighed on gold, which hit its lowest levels in two weeks in afternoon trading. Spot gold was last down 0.5% to $1,948.01 per ounce.

AutoNation gets a bumpy ride as investors worry about U.S. consumers