Global Banking & Finance Review Award Winner - Sendly Money Transfer
Our website publishes news, press releases, opinion and advertorials on various financial organizations, products and services which are commissioned from various Companies, Organizations, PR agencies, Bloggers etc. These commissioned articles are commercial in nature. This is not to be considered as financial advice and should be considered only for information purposes. It does not reflect the views or opinion of our website and is not to be considered an endorsement or a recommendation. We cannot guarantee the accuracy or applicability of any information provided with respect to your individual or personal circumstances. Please seek Professional advice from a qualified professional before making any financial decisions. We link to various third-party websites, affiliate sales networks, and to our advertising partners websites. When you view or click on certain links available on our articles, our partners may compensate us for displaying the content to you or make a purchase or fill a form. This will not incur any additional charges to you. To make things simpler for you to identity or distinguish advertised or sponsored articles or links, you may consider all articles or links hosted on our site as a commercial article placement. We will not be responsible for any loss you may suffer as a result of any omission or inaccuracy on the website. 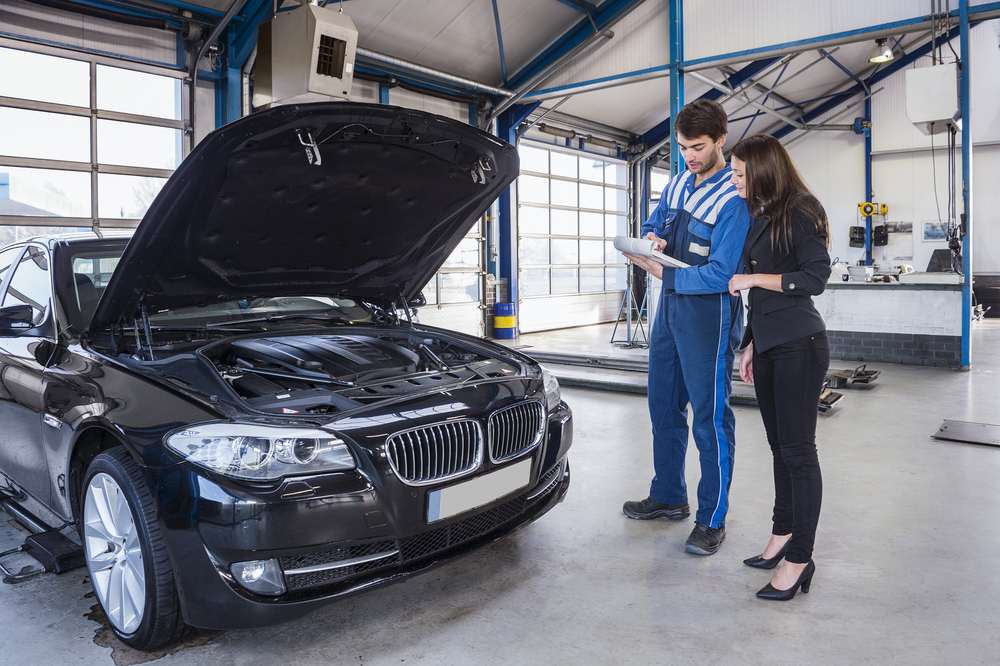 Franchised dealers are charging up to £180 for a simple car diagnostic check that can take as little as 30 minutes, according to MotorEasy, the car ownership and maintenance service.

An investigation of franchised dealers across the country revealed consumers aren’t always getting a fair price when it comes to finding out what’s wrong with their cars – the average UK garage labour rate is £67 an hour.[i]

Research showed the huge variation in prices charged for the work, which often just involves plugging a computer into the car’s electronic system.

While the check is often free when the car is still under warranty, customers outside warranty face being charged an average of £102[ii], across all 27 manufacturers checked.

The most expensive bill was £180, quoted by dealers for Land Rover, Alfa Romeo, BMW and Jaguar while the cheapest was a Honda dealer who offered a check for free.

On average, Land Rover was the priciest but also the only manufacturer to quote a standard price across the dealer network. The best value diagnostic checks were to be found at Honda, with dealers charging an average of just £38.

For some manufacturers, prices for checks vary massively within the same network. The biggest disparity for a diagnostic check was at Toyota with one dealer charging £30 and another quoting £155.

Franchised dealers also disagreed on how long the diagnostic check would take, with some telling MotorEasy researchers it was a simple 30 minute job while others claimed they would keep the car for a full day.

The investigation is part of MotorEasy’s ‘Lost in Translation’ campaign that has been launched to save everyday drivers from confusing terminology, unnecessary repairs and untrustworthy service.

Diagnostic checks are carried out by plugging into a car’s on-board computer known as an Engine Control Unit (ECU) to find error codes and faults logged. Warning lights on the dashboard can alert a driver to an issue but a diagnostics check is the only way to fully understand what’s wrong and a potential fix.

MotorEasy founder, Duncan McClure Fisher, said: “The results of our investigation are further evidence of how difficult dealerships make getting a car serviced and repaired. Not only do they use confusing jargon, there’s no standard pricing that consumers can follow in order to make sure they’re not ripped off.

“There’s a reasonable expectation that the price for a simple diagnostic check should be the same for your car no matter which dealership in the network you visit but sadly that’s not the case. The industry needs to clean up its act to start building trust with owners.”

MotorEasy has released a series of tongue-in-cheek videos to show how we just don’t put up with baffling lingo in other trades – and asks why should it be acceptable at garages? What if you waiter was a car mechanic? What if a car mechanic worked at your dental surgery?

Drivers can also book their service or MOT through MotorEasy, allowing one of the firm’s professional technicians to handle the entire process, including negotiating on parts and labour costs and ensuring that no unnecessary work is paid for at: www.motoreasy.com/lost-in-translation

To receive 5% off manufacturer servicing on the MotorEasy website, use the code: LOST5

Have a repair jargon example, garage frustration or simply a question about your car? Add it to the campaign and put it to the MotorEasy engineers using #lostintranslation.

Share on FacebookShare on TwitterShare on Linkedin
Related Topics:car diagnostic checkcar ownership and maintenance serviceFranchised dealers
Up Next

The Importance of Peer-to-Peer Communities in Regulatory Compliance