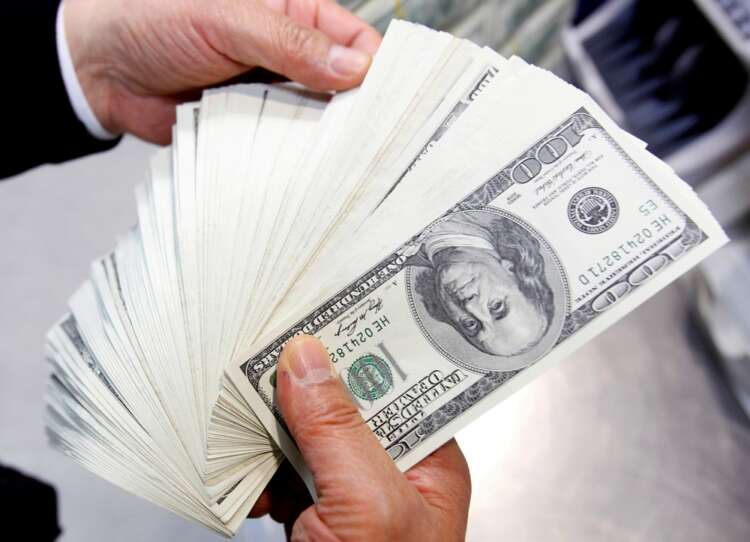 NEW YORK (Reuters) – The dollar rose on Friday after the release of a weaker-than-expected U.S. jobs report, which still showed positive revisions and solid details that suggested the Federal Reserve’s plan to accelerate tapering of its asset purchases and expectations for multiple rate hikes next year remained intact.

The U.S. currency initially fell after the jobs report came out, but ultimately gained as investors pored over the details of the report.

U.S. non-farm payrolls increased by 210,000 jobs last month, the Labor Department reported. Economists polled by Reuters had forecast payrolls would advance by 550,000 jobs. Estimates ranged from as low as a gain of 306,000 jobs to as high as 800,000.

“The headline number would suggest the Federal Reserve is farther from its full employment mandate, but other indicators – falling unemployment, rising participation rates, and strong wage growth – tell us that the labor market is getting tighter,” said Karl Schamotta, chief market strategist, at Cambridge Global Payments in Toronto.

“Market expectations for a tapering decision at the Fed’s December meeting, with the first hike coming by mid-2022 should remain unchanged, and the dollar should hold its gains. I would also caution that heavy revisions could come in the months ahead as seasonal adjustment issues — a problem throughout the pandemic — are resolved,” he added.

Futures on the federal funds rate, which track short-term interest rate expectations, on Friday priced in an 86% chance of a quarter-point tightening by the Fed by May 2022 after the U.S. payrolls data.

Also on Friday, the U.S. Treasury released its semi-annual currency report and said Vietnam and Taiwan continued to exceed its thresholds for possible currency manipulation and enhanced analysis under a 2015 U.S. trade law. However, it refrained from formally branding them as manipulators.

The currencies of the countries mentioned showed little reaction to the report.

Oil ends higher after a day of wild swings on OPEC, Omicron