Does the pandemic prove that the dollar is always king of the currencies?

AI for Marketing: Regaining Business Traction During a Pandemic

It’s time for engineering to get serious about mental health

World Environment Day: Sustainable second-life strategies to become part of Covid-19 recovery plans
Our website publishes news, press releases, opinion and advertorials on various financial organizations, products and services which are commissioned from various Companies, Organizations, PR agencies, Bloggers etc. These commissioned articles are commercial in nature. This is not to be considered as financial advice and should be considered only for information purposes. It does not reflect the views or opinion of our website and is not to be considered an endorsement or a recommendation. We cannot guarantee the accuracy or applicability of any information provided with respect to your individual or personal circumstances. Please seek Professional advice from a qualified professional before making any financial decisions. We link to various third-party websites, affiliate sales networks, and to our advertising partners websites. When you view or click on certain links available on our articles, our partners may compensate us for displaying the content to you or make a purchase or fill a form. This will not incur any additional charges to you. To make things simpler for you to identity or distinguish advertised or sponsored articles or links, you may consider all articles or links hosted on our site as a commercial article placement. We will not be responsible for any loss you may suffer as a result of any omission or inaccuracy on the website. 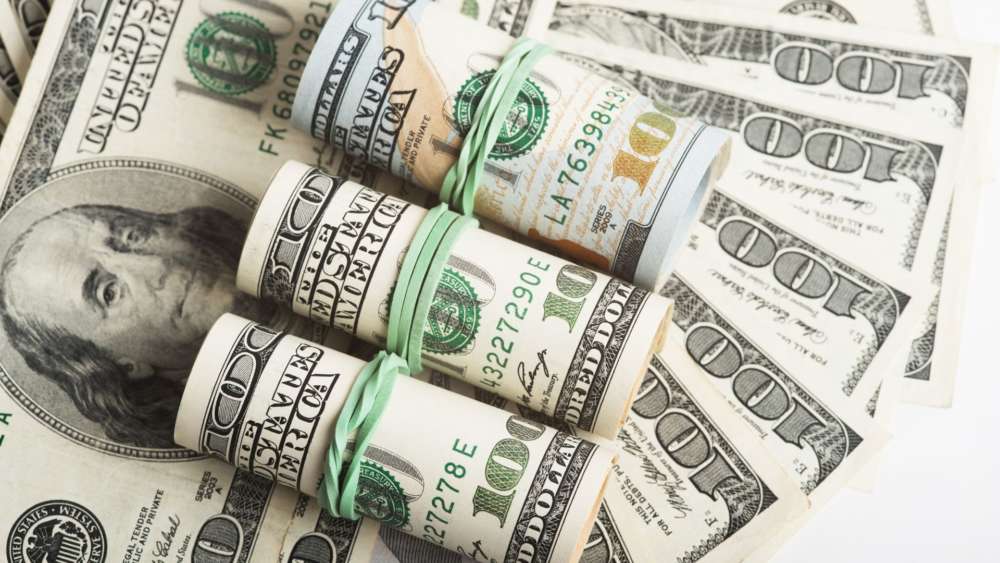 The Covid-19 crisis has seen erratic market behaviours throughout the world. Banks and businesses alike have had to adapt quickly to a dynamic global pandemic that has created new market challenges on a daily basis. As the most liquid and widely accepted cash denomination, the dollar is seen as the lifeblood of business transactions. But the pandemic has seen it fluctuate, showing that even the ‘king of currencies’ can weaken in exceptional circumstances.

In a normal financial crisis, we would expect investors to take their money out of equities and put it into traditional safe havens, such as gold and treasury bonds. However, at the onset of the pandemic, regular safe havens fell in price as investors have tried to liquidate assets into cash because of impending margin calls. Many borrow money to invest, and if the value of their investment slips below what they have borrowed, they get a margin call and have to stump up the cash immediately, which has put added pressure on the dollar.

We saw the initial ‘grab for the greenback’ as the reality of Coronavirus dawned but over the last quarter the dollar’s strength subsided as the new, hopefully temporary, status quo of a world in lockdown with increased fiscal stimulus became a reality.

A peak after an initial flight to safety?

In Q1 this year, the US Dollar’s share of currency reserves soared to 61%, the highest among all currencies, putting it in a strong position. However, with political factors in the US such as the widespread protests, Sino-US tensions due to the origins of the virus and WHO funding, as well as the start of the election campaign trail, compounded by the resurgence of the virus in swing states ahead of the November election have since destabilised the greenback.

For many, there is a belief that the dollar peaked in March as part of an initial flight to safety, and is now seeing pause for profit taking. However, if the pandemic re-emerges in a second wave, then the dollar could once again become flavour of the day, in a desire ironically analogous to a war time reaction which was embodied by the Bretton Woods Agreement of 1944 which sought to bring order to the instability of the currency markets after the Second World War.

The Federal Reserve was quick to act, after being harried by the President to keep the economy moving and introduce a plan of fiscal easing. This is especially true in light of the moves by European banks. The Fed cut interest rates by a full percentage point to zero in March, as part of a coordinated action plan, with the central banks of Canada, England, Japan, Europe and Switzerland. Fundamentally, this was to help increase the availability of US Dollars via swap lines and keep liquidity moving in the markets and prevent global dollar shortage.

However, the Fed’s fiscal stimulus package was late to the game to prop up the US economy. The Republicans and the Democrats remained at loggerheads as unemployment rates soared to 3.3 million a day in late March. Congress and the White House eventually compromised on a $2 trillion stimulus package soon after the devastating unemployment rates, bringing home the precarious nature of the US economy. Since the dollar reacted well to a lift in economic data, we saw provisional services and manufacturing indices improving to 46.7 and 49.6 in June. Although still shy of the breakeven level at 50, both are appreciably healthier on the month and a cause for modest applause, although the dollar remains weaker against the euro.

The slashing of interest rates, and stimulus packages around the globe present the most serious measures ever undertaken in fiscal history. But these actions are now the new normal, with surprises no longer surprising. The Vice Chairman of the Fed has said that, “there’s more we can do [with monetary stimulus] and we will”. This is the climate we are operating in and it means all is to play for in the international markets, as each country seeks its own security.

Do emerging economies remain beholden to the dollar?

The dollar’s power can be often be showcased in relation to currencies more risk sensitive than itself. Interestingly risk sensitive currencies have recovered, as the US dollar has struggled in the period from April to June since the initial wave of investment in March, but this is by no means indicates an abdication of the throne.

In general, a strong US dollar is bad for emerging markets’ currencies. We saw this in March with currencies such as the Brazilian real and South African rand weakening 17% and 25% respectively against the dollar. Perversely, the strong dollar is normally a sign of higher interest rates in the US attracting more buyers of the currency, which would make emerging market debt repayments more expensive. However, we have seen that this is simply not the case in hand, as throughout the Fed was delivering a programme of fiscal easing. Once again, this confirms the unusual times in which we operate, where currencies don’t always respond to market data and politics in a predictable way. But where markets are increasingly unpredictable, US dollar remains king.

Businesses are beginning to look outside of their existing supply chains to keep goods moving and sourcing from new countries, and emerging economies are very much on the table. This could diversify currency risk outside of the dollar and euro. We have seen more of a shift away from the US dollar recently, as many countries start to come out of lockdown and re-open their economies to international trade.

While some are on the road to recovery in terms of the number of Covid-19 cases, the US is still seeing major spikes, and that may hinder confidence in the country’s ability to weather this storm, and in turn, their currency may show signs of struggle.

Signs of struggle are certainly not the sign of defeat

Ultimately, the dollar is the most traded denomination in the world, even in the new normal. It will always be a ‘go-to’ currency for investors. Indeed, the dollar’s value depends heavily on risk appetite and it is highly liquid by nature. But during times of crisis, people tend gravitate to what they know and what they can rely on, which is why during Q1 the US dollar had the highest share of currency reserves.

When it comes to buying gold, funding margin calls or simply getting cash to stick under the mattress, it is difficult to see beyond the dollar being the world’s reserve currency any time soon. What will be interesting is watching its highs and lows in the run up to the presidential election this autumn and how further waves of Covid-19, mutations of the virus or potential vaccines may dovetail around that pivotal point.

Five Tips to Build Confidence and Capability in Times of Stress