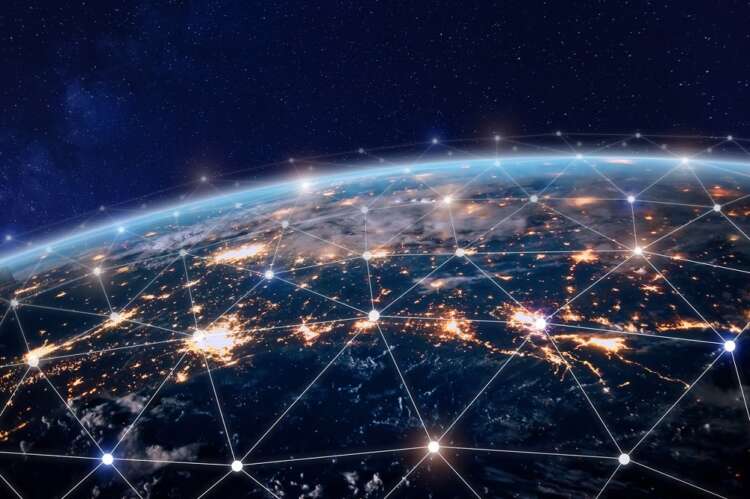 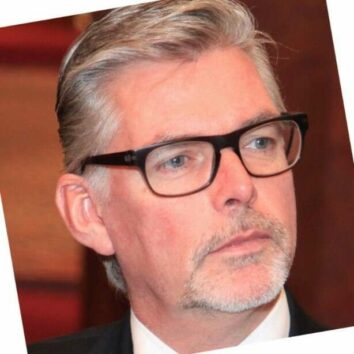 With so many processes still reliant on paper documents, international trade has a long way to go before it becomes fully digitised.

Important documents used every day such as bills of lading used under open account, documentary collections and letters of credit transactions are predominantly on paper. This massive exercise in global paper-shuffling generates its own time-consuming manual processes for all parties involved with global trade including banks, exporters, importers, carriers, forwarders and port authorities.

Paper documents are not just a strain on employees’ time, they also get delayed, go missing, are vulnerable to fraud and forgery, and generate large overheads. In the 2020 ICC (International Chambers of Commerce) survey of global trade finance, only 14 per cent of banks had implemented a digital solution that delivered time-saving and cost-reduction. And only 14 per cent of banks operating globally said clients engaged in any “significant” use of digital channels for documentary trade.

Yet the benefits of digitisation scream out to all of us – increased security, greater efficiency and reduced overheads. Digitisation already gives us secure and legally sound electronic versions of trade documents that organisations can exchange in encrypted form. In global trade they can be exchanged at the click of a mouse, eliminating the costly delays common with couriered paper versions of documents such as bills of lading.

Security is vastly improved. The permanent visibility of digital documents and a secure channel on a trade digitisaton platform, along with embedded audit trails, all rule out tampering with documents. Intentional misuse and attempts to commit fraud internally are regularly part of paper-based trade finance scams, but with digital audits such activity is extremely difficult.

The continuing reliance on paper is all the more frustrating after the lessons of the pandemic. Lockdowns in so many countries forced corporates, banks and carriers to resort to the exchange of documents through email and other channels, failing to provide the negotiable documents, security or fingerprint needed. With China, the world’s manufacturing base, still imposing lockdowns, demand for digitisation has grown steadily, and yet still paper persists.

The difficulty of agreement on standards

One of the main reasons for paper’s survival is the perceived need for global standards governing the format of digital trade documents and the technology and legal frameworks that support them. These are highly complex matters that involve a huge number of national and international organisations. Agreement is complicated by the diversity of systems and need for banks, carriers, corporates and many other counterparties to communicate and transfer between one another for a single transaction.

Last year, the G7 countries tried to push digitisation forward with publication of a framework for collaboration on electronic transferable records, and there have been other encouraging initiatives. The Digital Container Shipping Association (DCSA), BIMCO, FIATA, ICC and SWIFT recently formed the Future International Trade Alliance (FITA), for example, signing a memorandum of understanding to standardise digitalisation of international trade.

Yet agreement on, and subsequent usage of, digitisation standards is unlikely soon. The bewildering number of organisations involved includes the ICC, the UN Centre for Trade Facilitation and Electronic Business (UN/CEFACT), The World Trade Organisation (WTO), the World Customs Organization (WCO), UN Conference on Trade and Development (UNCTAD) and the International Trade Centre (ITC) to name a few. There are various alliances, associations, different jurisdictions, individual government authorities and other invested parties.

Global trade is likely to use multiple standards

The advance of digitisation is stunted by institutions who are forlornly waiting for a unified set of global standards. It is time to realise that rather than just one standard, multiple standards are likely to apply in future, as they do in so many areas of business. The probability of one technology provider and its proprietary set of standards acheiving complete global authority in the near-future, or medium-term, is remote.

A growing number of global corporates and banks – especially in South Asia and the Far East – have woken up to these realities. They realise current solutions that digitise international trade instruments such as letters of credit, bills of lading, and bank guarantees provide significant efficiencies they want now. Organisations seeking to get ahead should join these financial institutions and corporates so they can embed themselves in the digital trade finance supply chain early on. What they need are solutions that already deliver results.

These are already available in the form of SaaS platforms that bring the entire financial and physical supply chain together. Operating as portals, they already have extensive working networks among leading trade finance banks, carriers and major importers and exporters. They come with the approval and recognition of industry bodies such as the International Group of P&I Clubs which collectively insure more than 90 per cent of the world’s ocean-going tonnage.

Banks can adopt such platforms as portals which enable them to provide far better levels of service through digitisation of trade transactions and documents. They enhance the customer experience by providing end-to-end visibility of all transactions for corporate customers, relieving them of many time-consuming tasks and reducing their overheads.

Trade digitisation solutions also give corporates much greater choice of risk-mitigation and financing options. They have greater control and better visibility and benefit hugely from streamlined processes that reduce overheads and remove the heavy costs arising from delays. More advanced platforms, for example, have specialist technology services such as AI-based document verification to take care of many tedious but necessary tasks.

Interoperability is a catalyst

Another important factor is ease of interoperabilty with other platforms and systems. This capability is vital if digitisation is to extend along the whole global supply chain, rather than being limited to organisations that become isolated by their own technology.

While global agreement on data standards, governance and semantics is still a way off, currently-available platforms already provide interoperability through plug-in, cloud-based agility. They can handle the variable data quality in different regions, including the emerging economies and operate according to proven rulebooks. This is an increasingly common practice in digital B2B networks, especially when written under internationally recognised jurisdictions such as the English common law.

It’s important to get on with trade digitsation now

These advances in trade document digitisation and SaaS technology make continuing use of paper nonsensical. Although trade digitisation has backing from significant international organisations and companies, they are unlikely to come up with a globally-agreed solution soon. Banks, carriers and corporates holding out for a universal standard risk losing out to competitors adopting platforms that are already in use and which are likely to become part of future standards anyway. It is difficult to envisage standards bodies in global trade agreeing on a  solution that does not include digitisation platforms that have achieved acceptance in the market and which are already in use.