Digital comes of age in financial services: reimagining your PR strategy for the new media landscape 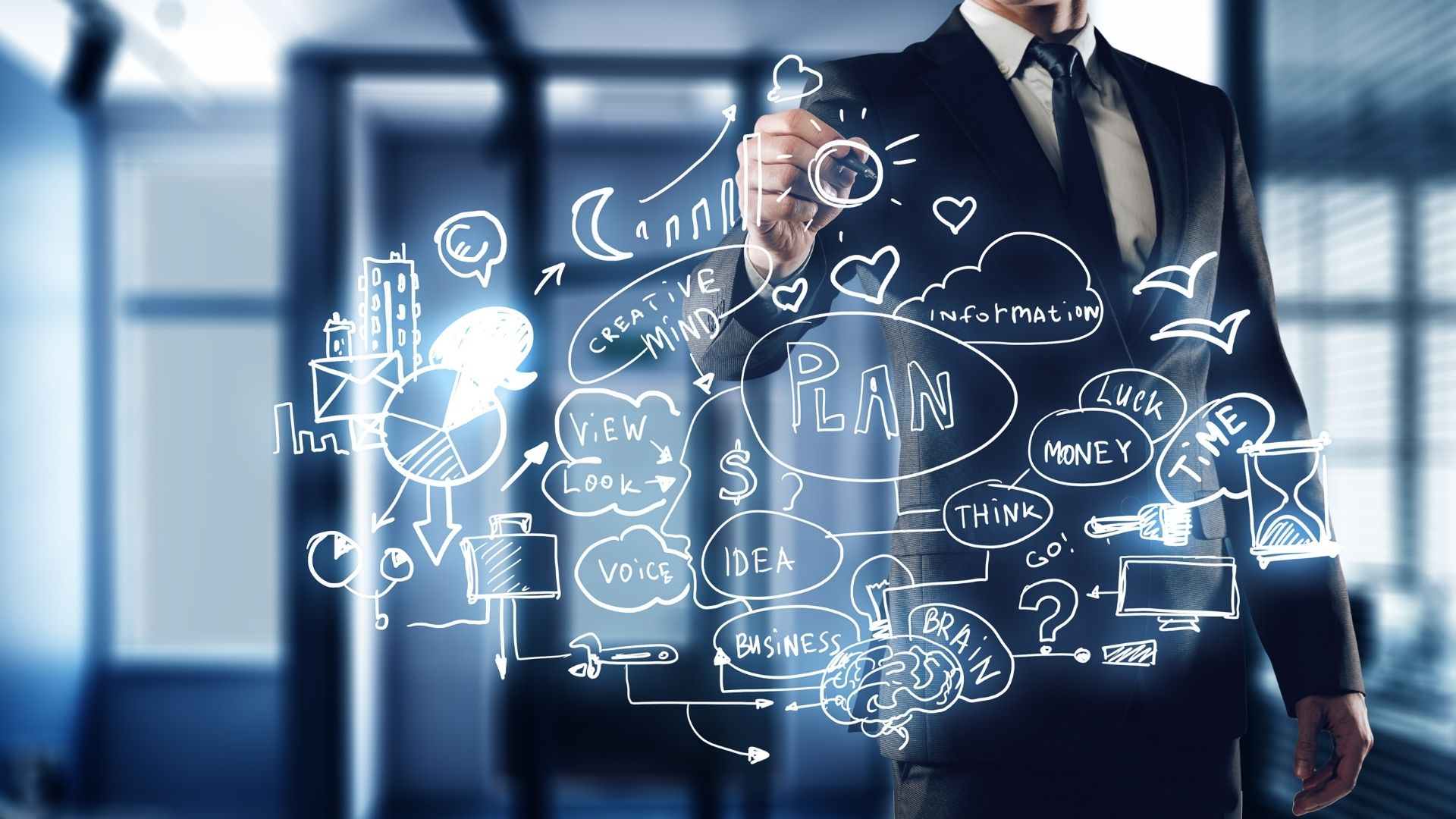 It has become a bit of a cliché to talk about how much the world has changed since the Covid-19 pandemic began, but the scale of change is unprecedented in the modern era. Lockdown has accelerated trends that would have taken years – online delivery increased by the equivalent of ten years growth in eight weeks. Online entertainment signups have advanced seven years in five months – in part due to the instant success of Disney Plus but also established platforms such as Netflix. The number of people using videoconferencing is twenty times what it was in March.

Average time spent online rocketed throughout the Spring across all age groups and although this has reduced again, it is still higher than pre-Covid levels. News websites have seen traffic returning to levels last seen in January and February, which suggests that online news has lost market share in terms of overall time online. Online behaviour has changed.

Social media appears to be one of the main beneficiaries of this. In the UK, digital reach of social media channels has remained above pre-Covid levels. The most startling example of this is TikTok, which is one of the great success stories of 2020, gaining millions of new users. But other platforms such as WhatsApp and Pinterest have also seen significant growth. Facebook’s reach is already so massive that its percentage growth can look unimpressive – but in the UK alone it has added 800,000 users since January. Where there are winners, there are losers too: Snapchat looks to have declined significantly in recent months. Houseparty’s glory days were short lived. Instagram’s flatlining user base may look bleak but its reliance on strong visual imagery meant that it was unlikely to grow in lockdown – who wants to see pictures of people sitting at home on a platform that thrives on holiday snaps and glamorous locations? It will bounce back if travel and leisure time starts to return to normality over the coming months.

But what about print media? From furloughed staff and altered business models (City AM, London Evening Standard) to significant redundancies (Daily Mirror, Daily Express, Manchester Evening News) to closures (Moneywise, Money Observer), the pandemic has accelerated the decline in print media. Some of it will, of course, survive, but for many this will mean a move to online-only publication.

The changing landscape demands a re-focusing of communications strategies. Earned media – where companies engage with journalists and influencers – must be integrated more tightly with multichannel marketing campaigns. Owned media (the channels that a company controls), especially social media channels, will play a more important role.

Social media – the opportunities ahead 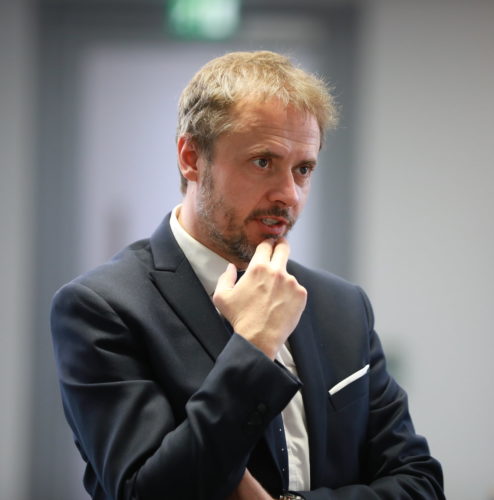 Why should banks’ communications strategie involve a greater focus on digital channels? In the past, the financial services industry has been reticent of using social media channels, citing concerns over the restrictions of the financial promotions order and the febrile, “wild west” nature of some social platforms.  This, coupled with the reputational challenges the industry faced after the 2009 financial crisis, had put off wholesale adoption in the industry.

However, that has changed in recent years. For a start, the sheer scale of social media has made it impossible for many organisations to ignore, recognising that they need to communicate in the channels that their audiences use.  There are 45 million social media users in the UK, but coverage depends on the age of your target audience – 97% of 16-24 year olds use social media but only a third of over 65s. 70% of UK adults used social media platforms in the past month and 49% used them to consume news.

Facebook claims that 27% of all mobile time is on their platform, with an average of 14 checks per day, and a reach of 4x that of all national newspapers put together. Twitter has a smaller user base (13m in the UK) but hosts the opinion formers there – the journalists and commentators. And LinkedIn is increasingly part of the mix when you want to talk directly to people in your industry.

But it is more than just part of the communications mix.

While the financial promotions order means that many financial services companies may not sell or market directly on social media, there are other potential use cases.  Increasingly, channels such as Twitter are a valuable customer service tool, empowering companies to communicate at lower cost than contact centres and with digitally native audiences.

Social media can also provide important behavioural insight and data, allowing financial services companies to better understand their audiences – their beliefs, what they’re interested in, what content they like. In turn this can be used as a feedback loop to let companies test new products and services, as well as messaging and branding.

It can also act as a barometer of how a company is doing in the eyes of its audiences – a reputational “canary in the coalmine” that allows companies to understand perceptions of their brand.

Increasingly it can be used as an amplification and retargeting tool, allowing financial services brands to buy “audiences” and reframe, recycle and repurpose their existing content and messaging in front of new – or better targeted – audiences. 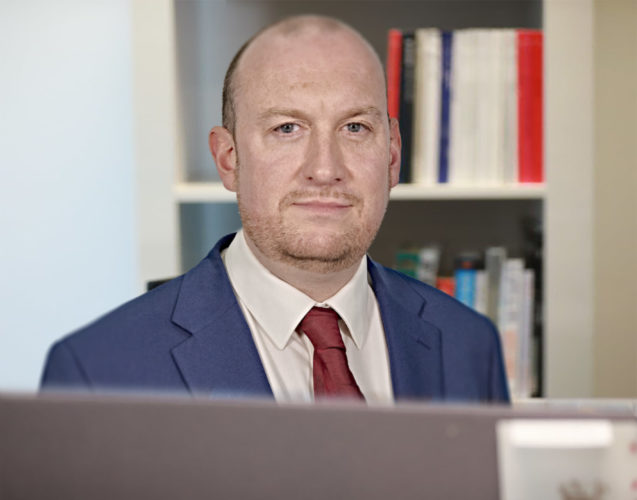 This approach can supercharge existing communications strategies, increasing the reach and targeting of media relations and stakeholder campaigns.

Despite this, social media can’t entirely replace traditional media relations. Trust in social media content is low, and over 50% of users claim to restrict their settings to prevent some targeted digital advertising – which means that companies can’t rely on paid social alone to reach their target audience.

Press coverage in credible publications remains a gold standard and helps to build trust in company social media channels. Articles and opinion pieces can be a compelling source of social media content and give a third-party affirmation to social audiences alongside company published content. This in turn can be amplified to audiences outside of those who read a given publication.

With fewer publications, fewer pages and fewer journalists in traditional outlets, companies are increasingly putting their media coverage to a wider audience of key targets – whether the opinion formers of Twitter, the industry leaders on LinkedIn or the wider public on Facebook. Social influencers – who can provide humanity and relatability to financial services brands – also have a role to play, though they haven’t had the same impact as they have in fashion or travel.

Even financial services companies that have adopted social communication strategies may find that current approaches are not effective. The world has changed and what worked in February won’t be the optimal strategy now. Companies used to target the ‘commute to work’ social media post in the morning. Now it’s gone. People are starting work earlier, blending work and personal life, which means companies can’t rely on old rules for targeting.

In turn, companies must increasingly structure their organisations to respond to the challenges of digital and social media communications. Companies typically might consider social to be part of the advertising and marketing or communications functions or possibly a separate entity. As social becomes a more integral to their customers’ day-to-day life, companies will have to integrate their digital, marketing and communications approach. Ultimately all companies – be they financial services or not – need to be where their clients are. The pandemic has accelerated what was already a strong secular trend towards social media use. Companies must now act quickly, enabling them to capitalise on this new reality and the opportunities it brings.