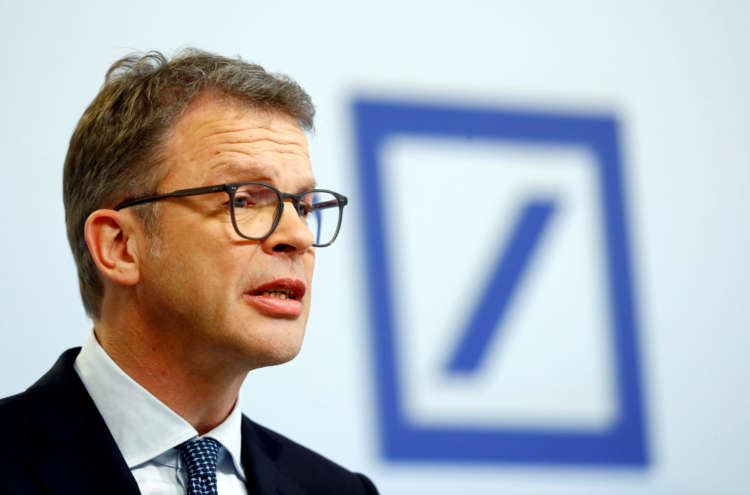 FRANKFURT (Reuters) -Deutsche Bank CEO Christian Sewing will hand over oversight of the investment bank to board member Fabrizio Campelli, the German bank said on Monday, as part of an overhaul of the management board.

The move is likely to reassure regulators, who worried that Sewing had too much on his plate, potentially leaving the investment bank open to operational hazards.

Germany’s biggest bank was one of the few major banks in the world to assign day-to-day oversight of investment banking to its chief executive. At most banks, other board members oversee the division.

Reuters had reported in January that Sewing was under pressure from regulators to relinquish day-to-day oversight the division.

Campelli has previously been the bank’s chief transformation officer.

The investment bank is the German lender’s main profit driver, but also represents a concentration of risk for a bank that is deemed “systemically important” in terms of the functioning of the global financial system.

Earlier this month, Campelli said the investment bank was off to a strong start in 2021, with revenue up about 20% so far in the first quarter compared with a year earlier.

Sewing, whose contract was also extended to 2026, will also take charge of human resources at management board level.

Among other changes announced, Rebecca Short will join the management board to oversee transformation and the capital release unit. She will be one of two women on the bank’s 10-person board.

(Reporting by Tom SimsEditing by Caroline Copley and Jane Merriman)