Carbon emissions from trawler fishing on a par with aviation, say ocean researchers 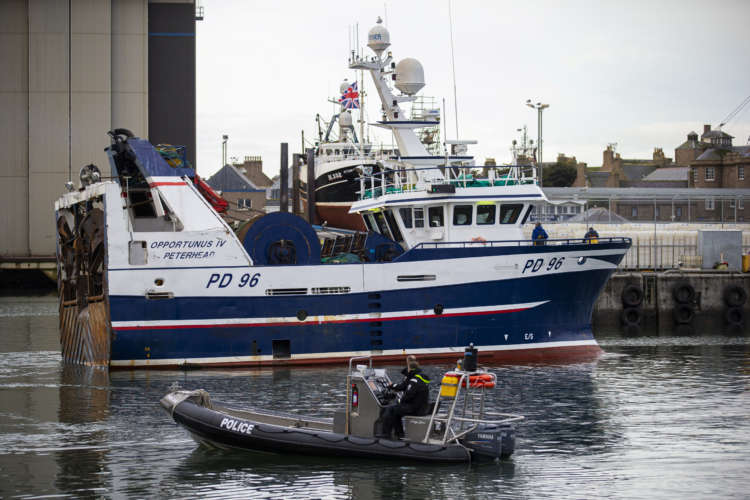 BARCELONA (Thomson Reuters Foundation) – Trawling of the ocean floor by fishing fleets releases roughly the same amount of carbon emissions into the water as aviation puts into the atmosphere each year, researchers said on Wednesday, calling for greater protection of the planet’s seas.

In a study published in the journal Nature, a team of 26 scientists and conservationists said marine protected areas (MPAs) are an effective tool for restoring biodiversity, expanding seafood supplies and storing climate-heating carbon.

But at present, only 7% of the ocean has been designated or proposed as an MPA, with less than 3% under full or high protection from fishing, mining and other habitat destruction.

The study explored the benefits of boosting that share to at least 30%, a goal governments are being urged to adopt this year when they agree new global targets to stop and reverse the damage humans are causing to nature.

Lead author Enric Sala, who is an “explorer-in-residence” at the National Geographic Society, said ocean life has declined worldwide because of overfishing, climate change and damage to marine habitats.

“It’s clear that humanity and the economy will benefit from a healthier ocean. And we can realise those benefits quickly if countries work together to protect at least 30% of the ocean by 2030,” he said in a statement.

Researchers calculated for the first time the climate impacts of bottom trawling, a fishing method that involves dragging heavy nets across the ocean floor, and found it produces one gigatonne of carbon emissions on average each year.

That exceeds the annual emissions of all countries except China, the United States, India, Russia and Japan, they said.

Paper co-author Trisha Atwood of Utah State University said the “destructive” practice of trawling disturbs the seabed, releasing some of the carbon it contains, which is then broken down by microbes and turned into carbon dioxide (CO2).

It is still unclear how much of that CO2 finds its way from the sea into the air, where it contributes to warming the planet, she told the Thomson Reuters Foundation.

But if it stays in the water, it contributes to the acidification that is harming coral reefs and means the ocean can absorb less CO2 from the atmosphere, she added.

The findings would make activities on the ocean’s seabed “hard to ignore in climate plans going forward”, she noted.

So far, governments have only started looking at how to value and maintain stores of carbon in coastal areas, such as in mangrove forests, let alone in the ocean itself.

But the study said eliminating 90% of the risk of carbon disturbance due to bottom trawling would require banning industrial fishing in only 3.6% of the ocean, mostly within the exclusive economic zones (EEZs) that stretch 200 nautical miles (370 km) from countries’ shores.

Countries with the highest potential to curb emissions by protecting ocean carbon stocks are those with large EEZs and industrial bottom-trawl fisheries, it added.

Data showed the nations with the highest emissions from bottom trawling are China, which is responsible for about three-quarters of the total, followed by Russia, Italy, Britain, Denmark, France, the Netherlands, Norway, Croatia and Spain.

Areas where greater protection could cut carbon emissions, and boost marine biodiversity and food supplies, include the China Sea, the North Sea and the Adriatic, Atwood noted.

The researchers said reducing CO2 emissions by cutting back on trawling could generate carbon credits and provide “a meaningful opportunity” to fund the creation of more marine protected areas, while compensating for economic losses.

(Reporting by Megan Rowling @meganrowling; editing by Jumana Farouky. Please credit the Thomson Reuters Foundation, the charitable arm of Thomson Reuters, that covers the lives of people around the world who struggle to live freely or fairly. Visit http://news.trust.org/climate)