Can’t touch this – The rise and rise of contactless payments

Economic Update: Covid rears its head
Our website publishes news, press releases, opinion and advertorials on various financial organizations, products and services which are commissioned from various Companies, Organizations, PR agencies, Bloggers etc. These commissioned articles are commercial in nature. This is not to be considered as financial advice and should be considered only for information purposes. It does not reflect the views or opinion of our website and is not to be considered an endorsement or a recommendation. We cannot guarantee the accuracy or applicability of any information provided with respect to your individual or personal circumstances. Please seek Professional advice from a qualified professional before making any financial decisions. We link to various third-party websites, affiliate sales networks, and to our advertising partners websites. When you view or click on certain links available on our articles, our partners may compensate us for displaying the content to you or make a purchase or fill a form. This will not incur any additional charges to you. To make things simpler for you to identity or distinguish advertised or sponsored articles or links, you may consider all articles or links hosted on our site as a commercial article placement. We will not be responsible for any loss you may suffer as a result of any omission or inaccuracy on the website. 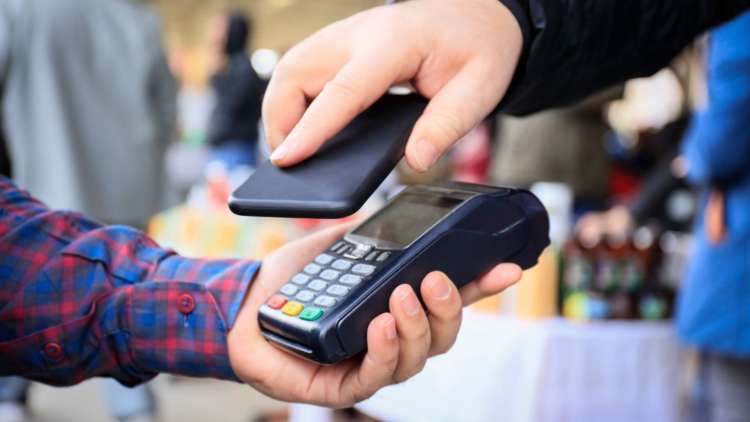 In April, as part of the UK government’s efforts to both curb the spread of the COVID-19 virus and help businesses safely continue operating, UK Finance announced retailers would now be able to accept contactless card payments up to £45, up from £30.

This followed similar actions that were happening across the rest of Europe at the time: Germany raised their limit from €25 to €50, Spain from €20 to €50 and Belarus from Br20 to Br100.

These swift policy changes show how far contactless payments have come since the technology was first introduced to a wary public in 2007. In just over a decade, the global contactless payments market has risen to $10.3 billion and is expected to be more than $18 billion by 2025.

In this article, I’ll discuss the innovations that led to the early adoption of contactless payments and show how the COVID-19 pandemic has accelerated the adoption of digital payments for businesses.

The early days of contactless

When the first radio frequency identification (RFID) contactless bank cards were introduced in 2007, it was met with both excitement and concern, as tends to be the way with any new financial technology.

However, these concerns did little to tamper the widespread adoption of these new cards. And security features such as spending limits narrowed the amount of damage that could be done over a short period of time, further reducing fears.

With time, more innovations and integrations with other technologies and services propelled its adoption. For example, 2007 wasn’t only the same year as the launch of contactless cards, but also the year the first iPhone came out, spelling the start of the smartphone era.

Within a few years, NFC (Near-Field-Communication) technology was being used by Apple Pay and Google’s Android Pay for contactless payments. Now smartphones, smartwatches, fitness trackers, even stickers, could be used to securely make payments, making it even more convenient and safe.

In time, the innovation started to alter long held ideas around cards and digital payments. According to research carried out by Square (Making Change, May 2019), in the US, the average dollar value of when a consumer would prefer paying with a card fell by almost half in four years, from $8 to $4.50.

Similarly, the idea that cards were only for old people began to be dispelled. Digital wallets began attracting young people, especially in cities, who were enamoured by the ability to securely store all their cards on their smartphone. London, for example, accounted for 32% of all of 2016 digital wallet payments in the UK.

The COVID-19 pandemic transformed the ability to conduct contactless transactions from a cool, nice-to-have into an essential piece of technology. Contactless payments help customers to quickly pay for items without needing to make any physical contact became, well, priceless.

Retailers of all kinds rushed to accelerate their digital transformation efforts and pivot their business so they could accept online and contactless payments. For many, this was the difference between remaining operational and shuttering indefinitely.

All of this translated to the number of contactless payments skyrocketing during 2020. In the UK, a nation where 2% of transactions were card-not-present payments, digital payments went up a staggering 15-fold to 33% by April.

Cash and the pandemic

At Square we witnessed many businesses start to sell online for the first time and some opting to only accept cards for the time being. The number of cashless UK businesses has increased 288% – from 8% before the lockdown in January to 31% in July. And it’s a similar story all around the world.

In Canada, consumers now pay by card nearly 9 times out of 10, with the number of local businesses accepting cash payments falling from the already low 24.8% to 11.4%. In a similar vein one in three Australian businesses turned cashless in an attempt to operate more safely since the start of the pandemic.

In the US, Wakefield research shows that on average, small business owners think that the possibility the U.S will become cashless six years sooner than they thought it would last year.

The future of cash

It’s clear that adoption of digital payments including contactless has been accelerated by the pandemic among all types of businesses from bakeries to full-service pubs. That said, many businesses still acknowledge the important role cash continues to play in society. In the UK, 69% of Square sellers still accept cash and they know their customers better than anyone else.

At Square we will continue to build tools that help businesses sell where their customers are, and that starts with giving them the options to accept any way their customers want to pay.

How much do we really value good financial advice?