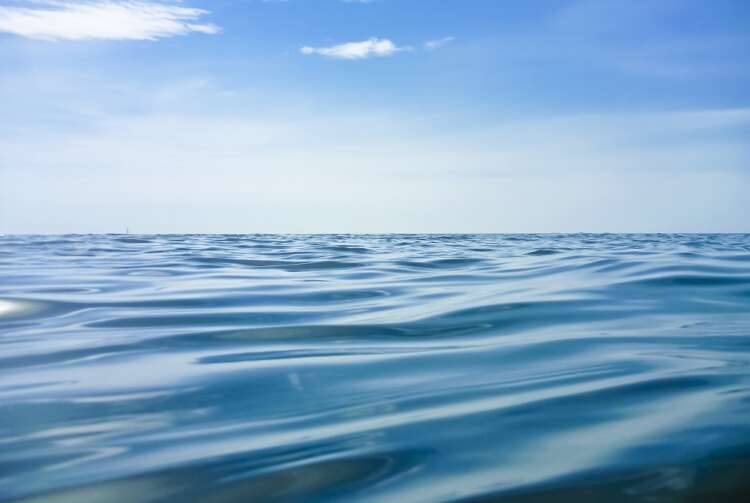 By Bjarni Herrera, Head of Sustainability, KPMG Iceland (former CEO and Co-Founder of CIRCULAR Solutions, acquired by KPMG Iceland in 2020).

For millennia the oceans have provided humanity with a source of food and wonder. Humankind has sailed its seas and benefited from it to the point where the global ocean economy now estimated to be USD 1.5 trillion, which if it was a country, would be the 7th largest in terms of GDP.

Yet the world’s oceans are in trouble. Overfishing has led UNESCO to estimate that 13% of the global fish stock have ‘collapsed’. Combined with the World Bank’s estimate that over 90% of all fisheries are considered to be overexploited or overfished, there are serious reasons to be concerned about the future of life in our oceans. If significant action is not taken by the year 2050, it is expected that 80% of all oceans will be disrupted by climate change. This damage to our oceans and its biological life has a dual impact:

Acidification. The ocean is referred to as a carbon sink, meaning that it acts as a natural reservoir to absorb and store the carbon dioxide (CO2) that we emit, causing ocean acidification. It is estimated that the oceans have historically absorbed 25% of all human-caused CO2 emissions. This acidification is what has led to mass coral reef bleaching, and threatens both plankton and ocean shell creatures, causing an existential threat to the ocean’s food chain.

Warming waters. It is not just CO2 that the oceans have been absorbing. Global research has additionally shown that the oceans are absorbing over 90% of the excess heat caused by global warming. These warming waters are in turn changing the movement of fish stocks, as fish stocks are moving towards the poles in pursuit of cooler waters.

Additionally, as the ocean’s fish stocks rapidly decline, the ocean’s plastic stock is flourishing. Ocean plastic waste has exploded in the last 30 years, and according to the Ellen McArthur Foundation, by 2025 there will be one metric tonne of plastic for every three metric tonnes of fish in the oceans, and by 2050 we can expect these numbers to be equal. This will threaten the Icelandic fishing industry where plastic will increasingly find its way into the ocean’s food chain.

The world must change its course and steer towards a sustainable “Blue Economy” in which resources the oceans provide are utilised sustainably and with the goal of preserving the ocean’s ecosystems.

The Blue Economy seeks to provide a continuation of the economic value provided to us by the ocean through the ecological protection of the ecosystems that provide this value. By maintaining and recovering fish stocks, having governance in place that understands and protects important ecosystems, and respecting the integrity of these ecosystems, the blue economy can continue to provide the employment, income, and food security that it has supplied for millennia.

The World Wildlife Fund announced the principles of a sustainable blue economy, in which the social-economic benefits that the oceans provide can be sustained, those marine ecosystems are restored, protected, and maintained, and that this blue economy becomes more efficient and circular.

Blue bonds are a new member of the labelled bond family, which hereto have included green bonds, social bonds, and sustainable bonds. Each intended to fund environmentally beneficial projects, social impact projects, and a combination of the two. Blue bonds and other blue financing, however, are intended to fund projects and activities which are beneficial to our oceans.

The Republic of Seychelles launched the first “Blue Bond” in 2018. Assisted by the World Bank, Seychelles raised USD 15 m from international investors to support the expansion of protected marine areas and to develop their blue economy. Brim, an Icelandic seafood company, then issued a blue (and a green) bond in 2021 with the help of my team at CIRCULAR/KPMG. Brim is potentially the first seafood company globally to issue a blue bond. It intends to fund blue projects such as refurbishments and near offshore equipment, solutions to fully utilize all by products from fish processing, R&D in clean fishing vessels, reduction, control, and response management of marine pollution.

Blue financing, including bonds, can help support a sustainable blue economy by funding activities that contribute to one of the core environmental objectives defined by the European Union: sustainable use and protection of water and marine resources. As long as those activities do not lead to a lock-in of assets that undermine long-term environmental goals, considering the economic life of those assets, along with having a substantial positive environmental impact on the basis of life-cycle considerations.

Iceland as a leader

Given Iceland’s long history of fishing, the country may be in a key position to influence the development of the blue financing space with implication on a global scale. Iceland can contribute from its long history and expertise to help develop guidelines, taxonomies, and itself become a leader in terms of blue financing of the fishing industry. As Brim did illustrate in its issuance, this is the perfect moment for Iceland to set sail for bluer waters, for a healthier, more sustainable ocean and economy.