Business travel in a COVID age

How businesses can save over £290,000 a year in an economic downturn

How to encourage a better work-life balance through rewards and recognition schemes
Our website publishes news, press releases, opinion and advertorials on various financial organizations, products and services which are commissioned from various Companies, Organizations, PR agencies, Bloggers etc. These commissioned articles are commercial in nature. This is not to be considered as financial advice and should be considered only for information purposes. It does not reflect the views or opinion of our website and is not to be considered an endorsement or a recommendation. We cannot guarantee the accuracy or applicability of any information provided with respect to your individual or personal circumstances. Please seek Professional advice from a qualified professional before making any financial decisions. We link to various third-party websites, affiliate sales networks, and to our advertising partners websites. When you view or click on certain links available on our articles, our partners may compensate us for displaying the content to you or make a purchase or fill a form. This will not incur any additional charges to you. To make things simpler for you to identity or distinguish advertised or sponsored articles or links, you may consider all articles or links hosted on our site as a commercial article placement. We will not be responsible for any loss you may suffer as a result of any omission or inaccuracy on the website. 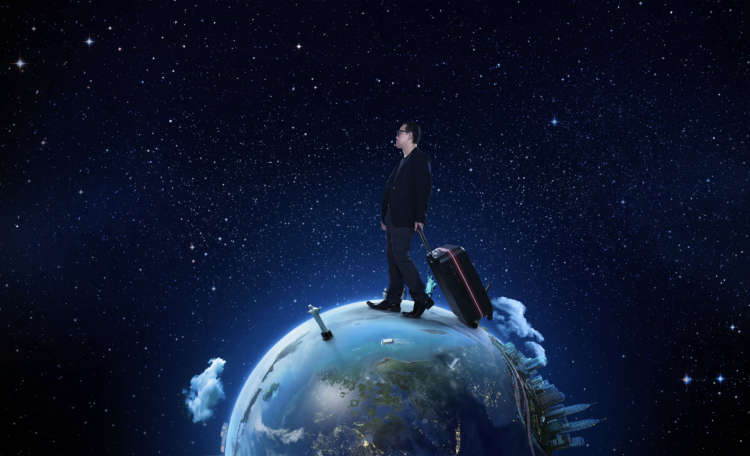 By Rami Cassis, CEO of Parabellum Investments shares some of his experiences of business travel during the pandemic and gives his tips for a smoother travel experience

Travelling  during the pandemic comes with many added complications, none of which are insurmountable, and you also need to get past some of the more confronting experiences. I recall an Emirates flight in the summer where its cabin crew, instead of modelling their usual well-groomed uniforms were clad head-to-toe in full hazmat suits. Like many of my fellow passengers, I was taken aback as I boarded the flight.

The flight-attendants, although super-pleasant and highly-apologetic about the impact to the usual high-quality onboard service, were prevented from accompanying us to our seats, and all food served throughout the journey arrived in pre-packaged boxes.

I have averaged almost a flight a week since the end of March, but it was on that particular Emirates flight in the summer that hammered home to me just how seriously the aviation sector had been impacted by Covid-19.

The pandemic could have a long-lasting impact on the airline industry’s bottom line and on the number of passengers that take the first or business class route. A recent survey published by IdeaWorks in the US suggests between 19 per cent and 36 per cent of airlines’ business traffic base will not return to the skies. That is not the case for me and although I expect business travel to return, it may not be at the level it was once at.

It is no longer the case that you can simply pitch up to a hotel or airport. Many need a negative Covid test conducted within 48 hours of arrival in a country. Additionally, when you consider various countries have implemented differing quarantine regulations, international travel schedules have become unrecognisable compared to the first quarter of 2020. Indeed, I have been tested for Covid-19 more than 20 times now (they have all been negative  despite a number of people close to me having had the virus).

The Covid-19 crisis has certainly hit the airlines hard – according to the International Air Transport Association’s latest numbers, passenger numbers were down 70% in 2020. Lufthansa, which I used last year has been burning cash at a rate of $590m a month, while Emirates another airline I flew on regularly given my Dubai base, posted a $3.4bn loss of the first half of 2020.

I can certainly testify how eerie it has been walking through deserted airports, which would otherwise be heaving of passengers. On many occasions, there has often been more airport staff than travellers, and rules for departure and arrivals differ from country to country and time to time. I recall vividly on arrival in Frankfurt being asked quite a few questions by customs officials – usually there’s barely any eye contact let alone a conversation given I have a French passport, so EU travel is a given.

There have been pictures posted on social media by travellers enjoying the freedom of being on an empty plane, but I often found it a gloomy experience. I remember being just was one of just three passengers on a BA flight to Nice in France. On a practical level it was mildly pleasant, but it was also depressing in manifesting the impact of the pandemic, and how the associated government decisions impacted our most basic and individual freedoms. Freedoms that we all previously took for granted.

Naturally, some airlines and airports have handled the situation better than others. That said, it’s worth mentioning that at all times I have felt perfectly safe.

For instance, British Airways, irrespective of class of travel, has had the annoying habit of boarding people from the back of the plane first, eventually working their way to the front. Meanwhile, Turkish Airlines had the even more annoying practice of banning any normal-sized cabin luggage. Smart bags that would otherwise easily qualify to be kept in the cabin had to be checked in – so risk being damaged in the hold.

In my experience, I would maintain that the best and most organised airports remain Dubai, Singapore and now also Istanbul. Not necessarily in that order but all three are exceptionally well maintained with Istanbul being the newest. On the other hand, Charles de Gaulle is probably one of the worst airports because it is not well maintained, has long queues and is somewhat spread out.

And with regards to  lounges, many have little food  available irrespective of whether it’s first or business. Emirates closed its first-class lounge in Dubai and merged it with business class, which I felt impact the high levels of service it is famous for (having said that a separate first class area has just reopened in Dubai).

With the number of travellers now getting some way back to normal, I recently spoke with the chief executive of one of my portfolio companies  about the cultural business differences. When it comes to Europe, people seem keener to meet in France and in Germany. In the UK, people are generally more cautious, or wish to adhere to government guidelines.

Across all countries, people seem to be adapting to working remotely, but it is clear they all cherish how life was before. Maybe one of the side-effects of the pandemic is making us all realise that basic freedoms and human rights we all took for granted have been temporarily taken away and people react in one of two ways – they are either afraid or furious.

I’m very much in the latter camp and I’m counting down the days until we can carry on with our business lives as we did before – and that includes  paid for premium service  from our airlines.

How marketing teams can start 2021 on the right foot