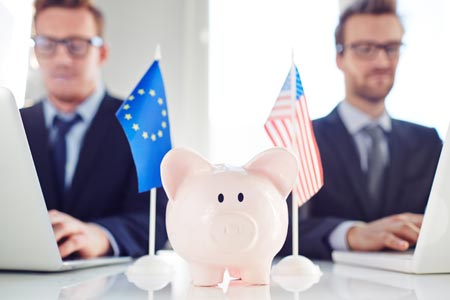 Since the UK’s referendum on EU membership took place three months ago today, it is unclear if ‘Brexit’ has had a major impact on Britain’s overall economy yet.

However, since the Brexit vote, UK importers have been hit the hardest out of all businesses in Britain due to the decision to leave the EU.

UK Importers, Down, But Not Out

“Three months on from Brexit, it is clear that due to sterling’s volatility, importers have seen the cost of doing business shoot up to unprecedented and worrying levels, which actually threatens their survival. This week alone the pound fell further by 2.5% against the euro and dollar, severely hampering British importers abilities to do business even further.”

“However, the one positive trend to note is that non-EU Imports for July totalled £20.2 billion, an increase of over £500 million compared with the previous month, when the referendum vote occurred. This points to British importers looking beyond Europe and seeking to open up new trade routes with international partners in order to offset the damage of Brexit and keep their businesses afloat in this turbulent time.”

Meanwhile, research from Covercy today also reveals the extent to which UK importers have been paying well over the odds for international payments, hampering their abilities to expand in a post-Brexit world.

This means importers are paying well over the odds to conduct overseas payments:

Doron continued: “Unfortunately for years, banks have held these firms hostage with over-the-top and unnecessary transaction fees for cross-border transactions. This is because 95% of the business payments market is controlled by banks and this stranglehold must be finally needs to be broken.”

“Brexit has already brought huge uncertainty to importers and the current cross border payments market is stifling the growth of in Britain at a time, when these companies need to be able to expand to survive and thrive.”

FOREX PARTNERSHIP PROGRAM – SET YOURSELF UP FOR SUCCESS