Bitcoin investors dig in for long haul in 'staggering' shift 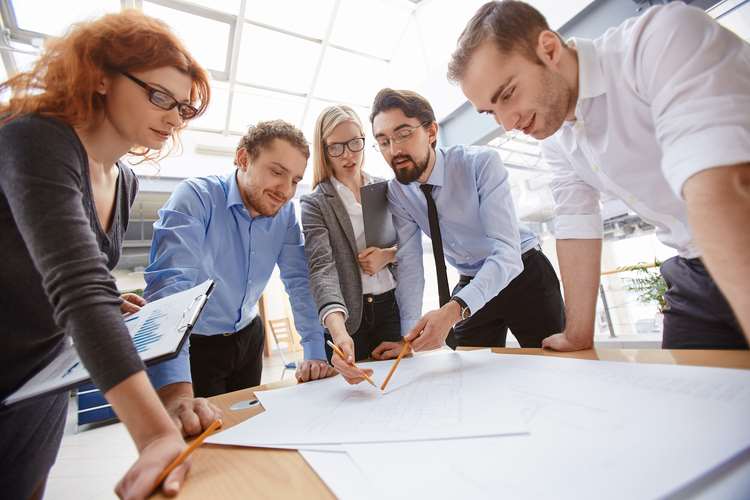 Yet, despite the excitement around blockchain/distributed ledger technology (DLT), it is not yet the panacea finance professionals have been waiting for. Despite being available for nearly a decade, it remains a work in progress.

For the uninitiated, a DLT essentially replaces a centralized ledger system with peer-to-peer, digital databases. DLT allows key information – once housed in static repositories– to be stored in data “blocks,” that reside across vast networks, or “chains,” of computers.This ensures no one single individual or entity has complete control over key data. Instead, the new technology enables data to be owned and overseen by all stakeholders, each of whom has full visibility into every transaction, payment or entry.

Not only does this facilitate transparency, it also enables reconciliation to occur quickly and free of friction. Additionally, costly middlemen can be eliminated.

Consider how appealing these features – access, visibility, efficiency – are to CFOs, corporate treasurers and treasury managers who must manage a litany of financial activities across numerous ERPs, entities, continents and time zones.The appeal of DLT helps explain why 80 percent of financial executives predict their companies will be using blockchain by 2020. Any technology that can deliver greater visibility into transactions and exposures while facilitating more efficient settlements would be a welcome addition to any treasury team’s toolbox.

However, concerns about DLT linger for treasury executives and those concerns must be addressed before blockchain/DLT is fully embraced by corporate finance teams.

For instance, although eliminating needless middleman sounds like a giant leap towards efficiency, regulators and compliance officers actually take comfort knowing that middlemen are included in trade settlements and other processes, ensuring the appropriate “t’s” are crossed and “i’s” are dotted. Additionally, although “open-source,” peer-to-peer architecture facilitates collaboration, it can also trigger compliance-related anxieties for executives who may be concerned that too many stakeholders have access to proprietary data and confidential information. (This explains the growing popularity of “private DLT,” which restricts access, but – as any true DLT proponent will tell you –reducing access to a digital ledger undermines part of the technology’s appeal.) Finally, scalability remains a concern: Each day corporate finance teams are asked to negotiate high volumes of complex trades and settlements. It remains unclear if today’s DLT can accommodate the intense demands treasury teams face when executing foreign exchange (FX)trades.

These concerns may seem granular to some board members and C-level executives, but details like these are important to treasury managers tasked with managing FX.

In the first half of 2017 alone, according to FiREapps research, North American and European corporations lost more than $14 billion due to FX-related losses. Such losses may get overlooked in the cloud of hype that now surrounds blockchain. Despite their best efforts and expertise, many corporate finance professionals are still challenged when it comes to containing the impact that currency volatility has on earnings per shares (EPS) or EBITDA. This stems in a large part from the fact that many corporations continue to rely on manual processes to manage currency exposures.

So, in one respect, any new technology – such as blockchain – that promises to replace manual currency risk management programs will be enthusiastically embraced by C-level executives. But blockchain is not yet sophisticated enough to do that. Not yet, anyway.

For instance, cryptocurrency IOTA receives less attention than Bitcoin despite the fact IOTAis the fourth most valuable digital currency (as of January 2018). And IOTA is not even supported by a traditional DLT; instead, it is supported by “The Tangle”, which is a directed acyclic graph, or DAG. Proponents of The Tangleare already calling it the “next generation” of blockchain because they insist it is far more fluid, scalable and efficient than any DLT. (This rendering shows The Tangle in action).

Time will tell, but the popularity and sophistication of IOTA and DAG underscore the evolving nature of digital ledgers and why corporate executives should treat DLT as a work in progress.

How many digital ledgers are now available or in development? That is impossible to say, but last year new DLT start-ups attracted five times as much venture capital as did new equity opportunities combined, meaning the DLT bandwagon – and the problems they solve – will continue to grow.

This is why eager executives (as well as those who may still be on the fence) should be enthusiastic about DLTs, but they must also recognize the technology is evolving. Just as America Online (AOL) was a primitive precursor to today’s highly-advanced search engine algorithms, current DLT – as exciting as it is – offers only a glimpse of the promise that tomorrow’s distributed ledger technology will deliver.

So, if DLT is far from its full maturity, should board members and C-level executives curb their DLT enthusiasm? The answer is “no.” As the World Bank stated earlier this year, “Waiting for ‘perfect’ DLT solutions could mean missing an opportunity to help shape it.” Or, as Bain and Company concluded in 2017,“the [DLT] winners will be those that push the pace of change, rather than resist it.”

CFOs should welcome DLT – just as they should stay abreast of all the latest treasury technology. By being proactive, corporate executives can have a hand in shaping the evolving DLT, ensuring it meets the real needs of their treasury teams.

Wolfgang Koester is the CEO and co-founder of FiREapps. He has more than 30 years of extensive experience in currency markets and working with numerous global Fortune 1000 companies and government entities. Prior to co-founding FiREapps, he served as President of GFTA Trendanalysen Inc., a quantitative currency management company. Koester has been named as one of the “100 Most Influential People in Finance” by Treasury & Risk magazine and is regularly included in Global Finance’s annual “Who’s Who in Foreign Exchange.” He is a frequent speaker at industry and academic events and his work has appeared in The Economist, The Wall Street Journal, Financial Times, Treasury & Risk and AFP Exchange among other industry publications. He is a regular commentator on CNN, CNBC, Fox Business and Bloomberg.

Miton’s Anthony Rayner: Where Next For Markets?

Behind The Scenes: FBS Seminars and Workshops Trends Of 2018