Behind the silver lining of the ICB Vickers Report 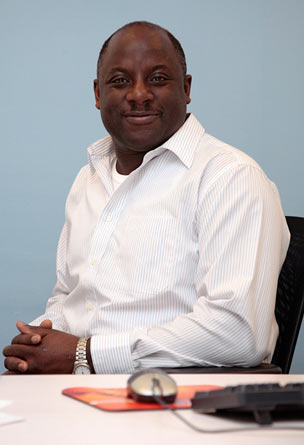 The ICB’s report on financial regulation would be of interest to many parties including the UK public, bankers, their customers and investors. Selwyn Blair-Ford, head of Global Regulation Policy for Wolters Kluwer Financial Services takes further look at the points raised by the report and how they will likely impact these groups:

UK public
The report sets out to limit the cost to the UK of a banking crisis like the one we faced during 2008. The greatest cost to the UK economy was the resulting slowdown in economic activity and the knock in confidence. However, this report from the ICB focuses on the reduction of the burden on the taxpayer rather than the general economy. If the focus of the report had been on the economy rather than taxpayer we could have possibly arrived at a stronger and more appropriate set of policies.

Bankers
The ICB reforms will increase the cost for universal banks to run retail banking. They will also give a relative advantage to foreign banks that will not have to comply with the same ring fencing and capital requirements. However, even more fundamentally one has to consider how the commission defined “what the financial system is for”.  The two key functions of intermediation (the connection of those with surplus funds with those in need of funds) and maturity transformation (allowing depositors to place short term funds and lending on a much longer term) were not explicitly considered. As a result it is possible for example, to consider the depositors, without at the same time considering the effect on the borrowers.  Under this framework it is easy to arrive at policies for borrowers and lenders that certainly from an institutional wide viewpoint are fundamentally conflicting. This type of omission ultimately means that implementing some of the conclusions will turn out to be much more difficult than intended.

Customers
The report characterises banks as selling financial products to their customers. However, some customers would be much better served if the industry, particularly the retail area saw it as their responsibility to act as a trusted advisor looking after the customer’s best interest. If the industry seriously took this position, many of the mis-selling problems could have been prevented. Much of the lending that took place would not have and the resulting social problems could have been lessened. The focus on products represents a missed opportunity to set banking on a better course with its customer base.

We also have to consider the resulting costs that will arise as a result of ring fencing and increased capital. Not only can bank service users continue to be sold products of more benefit to the institution than the customer, we can also expect higher charges and more varied charges for currently free services.

Investors
Investors are being asked to increase the capital in banks, but the returnswill ultimately belower. Capital is being used throughout this report as a mechanism to absorb losses and keep the system safe. However, this can only happen after losses have been made. Important as capital is it is ultimately the prevention of losses and the engagement of the investors/owners of these institutions that is most important. The more prudent the owners are, the less likely the firm will be to get into any trouble. But this type of engagement will only occur if the investors truly understand and feel empowered to engage. It is a fact that investors have generally been less likely to truly engage and more likely to sell a holding. The ICB report did have an opportunity to address this issue and it is disappointing that it did not.

The silver lining
One also has to note that much of the idea regarding capital increases will be put in place as a result of Basel III.  The outcome of Basel III is uncertain and in many ways it would be prudent to see the effect of those reforms before implementing a UK overlay.

In addition, bankers and others may have initially been thankful that some of the original ideas about breaking up the universal banks were not actually in the end suggested by the ICB. The universal banking model is a popular one in the rest of Europe, and these banks will tend to operate freely in the UK on a passport basis, without having to apply the ICB strictures. If the UK was then to go on to break up its universal banks, in the longer term they will be weaker. We would then expect that at some time in the future the UK banking sector to be purchased by foreign firms, since we would have voluntarily cut up our banks to nice digestible chunks. This may not be an undue disturbance in terms of service to customers, but it will matter in terms of UK government tax receipts as we can expect to see a fall in corporation tax receipts as the new foreign owned firms send their profits abroad. Ring fencing does get around this issue, but the call by some to break-up the banks is short-sighted if it is done unilaterally.

Is ‘cease to trade’ the real factor behind falling insolvency stats?