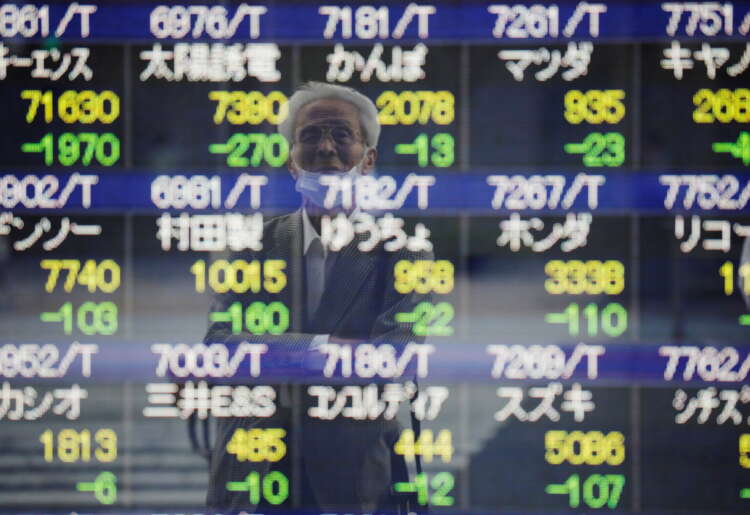 HONG KONG (Reuters) – Asian shares were on edge on Friday hurt by persistent uncertainty around the fate of debt-ridden China Evergrande, even as more risk appetite drove gains for Wall Street and U.S. benchmark Treasury yields.

MSCI’s broadest index of Asia-Pacific shares outside Japan lost 0.1% and was set for a weekly loss of 0.68%. Australian shares fell 0.41% while the Hong Kong benchmark was mostly flat.

Japan’s Nikkei rose 1.93%, however, catching up on global gains after a public holiday. Chinese blue chips reversed early losses to gain 0.6% after a cash injection from the central bank brought its weekly injection to 270 billion yuan ($42 billion) – the largest since January.

Investors continue to worry about the fate of property developer China Evergrande which faces an interest payment deadline due Thursday. Its shares fell 5.2% on Friday after bouncing 17.6% a day earlier.

Ray Ferris, chief investment officer for South Asia at Credit Suisse, said that while investors were jittery about prospects for China due to woes in the property sector and a slew of regulatory changes, there was positive sentiment elsewhere.

“Growth in the large developed economies is above trend, likely to remain above trend and monetary policy remains very supportive of asset prices likely all the way through the middle of next year, he said.

“Every once in a while shocks to the system give us a correction, but these are more shallow than in the last several decades because of the weight of money out there that needs a home.”

The Dow Jones Industrial Average, the S&P 500 and the Nasdaq Composite all gained over 1% overnight, with the Federal Reserve’s stance on tapering stimulus – set out on Wednesday – appearing to reassure investors that interest rates hikes remain a way away even if the tapering of its massive asset purchase programme is set to start this year. [.N]

That risk-on sentiment weighed on the dollar, which dropped sharply overnight against a basket of its peers, falling from near a one month high to a week low. It then rested in Asian hours. [FRX]

The yield on benchmark 10-year Treasury notes was also little changed in early Asian hours at 1.4267%, having risen to their highest in two and a half months after a rate rise by the Norwegian central bank and hawkish remarks from the Bank of England, both on Thursday, reinforced Wednesday’s hawkish remarks from the Federal Reserve’s policy committee.

Oil dropped back after hitting two-month highs the day before.

Gold regained some ground on Friday, with the spot price rising 0.5% to $1,751 per ounce having fallen over 1% the day before as higher yields hurt the non-interest bearing asset. [GOL/]