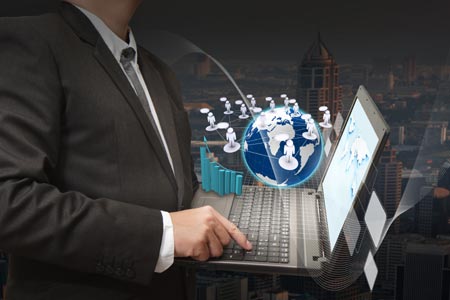 The world’s largest and most populous continent, Asia is made up of 48 countries and spans 44,579,000 square kilometres. With a widely diverse population of 5.096 billion people, the continent’s rich historical background offers a wealth of opportunities to explore, from the untouched steppes of Central Asia to the bustling economic centres of China and Japan. Iconic sights such as the Taj Mahal and the Temples of Angkor Wat may draw tourists from around the world, but strong economic growth and up-and-coming markets are providing new footholds for businesses and investors alike.

The key e-commerce markets in the Asia region are China, India, Indonesia, Japan, Malaysia, Philippines, Singapore, South Korea, Thailand and Vietnam. Together, these countries represent 86% of all e-commerce turnover in the Asia Pacific region, a figure which rises to 90% when Oceanic countries such as Australia and New Zealand are excluded.

E-commerce in Asia is flourishing – with $770 billion in transactions annually, the Asia-Pacific region leads the world. An expanding middle class, growing Internet penetration and an improving infrastructure means the region will continue to drive global online retail over the next five years.

Access to financial services is a key stimulus for e-commerce. A lack of banking infrastructure in many countries in the region is exacerbated by barriers caused by geographical and physical access to banking services. Increased Internet penetration will aid in removing these barriers, but with some areas having an account penetration of as low as 2%, many countries will continue to rely on cash as the main method of payment for some time to come. While, on average, 51% of the region’s population has access to an account with a financial institution, the extremely low income level of a significant proportion of the population results in a high overall percentage of unbanked people. In spite of its growing middle class, China’s traditional rural economy and vast territory results in the country accounting for more than 12% of the world’s unbanked population.

The expanding middle class is making a significant contribution to the growth of e-commerce across the Asia region. This group is expected to reach 1.7 billion by the year 2020, with China, India and Indonesia experiencing the greatest growth. With the increase in the number of options that e-commerce brings, consumers are also showing marked personal preferences. This, in turn, is leading to increased competition, with traditional retailers moving to having an online presence (either individually, or by using an online marketplace), and local businesses experiencing pressure from regional and global brands which want a share of the growing sector’s profits. Again, China is a leading force in both the regional and global economy.

Technology, naturally, is a major factor in changing economic patterns, with internet penetration playing a significant role. Notably, in spite of having the highest B2C e-commerce sales of any region in 2014, Asia has the lowest penetration of all regions globally (although Japan, Singapore and South Korea fall into the global top ten). As infrastructure becomes more ubiquitous, e-commerce will continue to experience high growth as a result; countries with a low penetration rate, such as India, with only 18%, are expected to drive future growth.

The young are traditionally the first to embrace new methods of doing anything, and it is no different in Asia. Millennials are the most active group online, and use social media as their preferred form of communication – Facebook has more than 270 million active daily users in Asia alone. This familiarity with the online environment results in a willingness to embrace cashless payment methods, and this group exhibits different patterns of consumer behaviour to other demographics.

The use of online payments varies throughout the region according to how developed the local market is. The more mature the market, the more likely it is that consumers in the country will use cards in order to pay for online purchases: for instance, in Japan and South Korea, 63% and 83% of online purchases respectively are paid by card. In contrast, emerging markets such as India and Malaysia continue to prefer cash based payment methods.

In China, E-wallets are the most popular form of payment online, being used for 48% of transactions. Whereas, in Indonesia, e-wallets and other forms of payment are the least preferred methods, making up 5% and 3% of transactions respectively. There, bank transfer is used in 39% of e-commerce transactions, with card-based purchases accounting for 29%. The trend, though, we are seeing overall is that cash based payments are increasingly being displaced by electronic payment methods throughout the region.

Readers wanting a more in-depth view on the differences between each of the key e-commerce markets in the Asia region please click here.

IT’S TIME FOR IMMATURE EMPLOYEE ENGAGEMENT STRATEGIES TO GROW UP