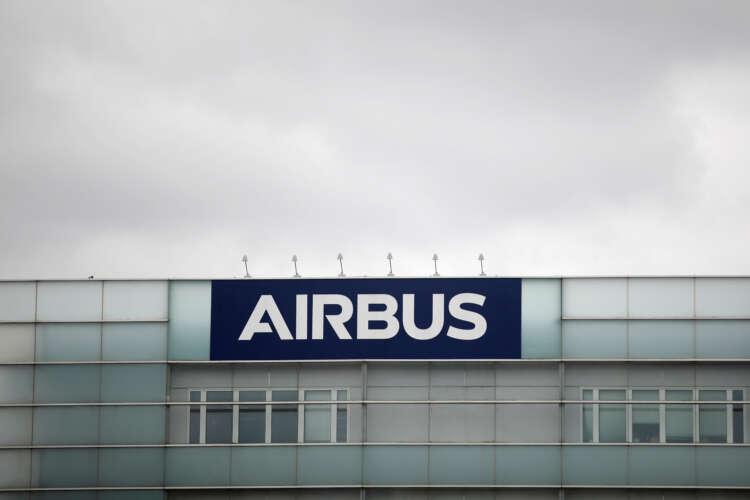 By Tim Hepher and Mike Stone

PARIS/WASHINGTON (Reuters) -Airbus was forced for the second time in as many days to defend sharp increases in production, after one its engine makers said its industrial plans did not match Airbus proposals for a near-twofold increase in the output of A320 jets by 2025.

The exchange with the world’s largest aerospace supplier, Raytheon Technologies, comes after Airbus on Monday rejected worries about overproduction from leasing companies.

Engine makers and lessors rely on the attractiveness of existing planes to support their repair revenue or rental fees, putting them naturally at odds with planemakers who make money on new jets. But the balancing act between contrasting business models has erupted into growing tensions since the pandemic.

Raytheon Technologies Chief Executive Greg Hayes said on Tuesday he was sceptical the market would support proposals to lift A320-family output to 75 a month by 2025 from some 40 now.

Rival Boeing Co is lagging behind Airbus after a safety crisis over its 737 MAX but suppliers say it is aiming for output of 50 or more MAX a month, beyond its current target of 31.

“The question is are we really going to see a market that will support, call it 50 737s and 75 A320s on a monthly basis or 125 airplanes a month,” Hayes told analysts.

“We’ll be ready to support Airbus, our customer, if indeed it does. But I would tell you that our plans, our 5-year plans, do not anticipate getting to that kind of rate by 2024 or 2025.”

Boeing last month predicted 14,370 deliveries in the busy A320/737 segment over the next 10 years, equivalent to a monthly total of 120 spread between the world’s largest planemakers.

Asked about Hayes’ doubts over demand, Airbus Americas Chief Executive Jeff Knittel – a former leasing industry veteran – said: “Greg and I have had some very direct discussions about that and I would respectfully disagree at this point.”

Speaking at a jet delivery, Knittel told CNBC: “Customers are asking us to bring airplanes forward, not push them out. To accommodate customers, to ensure that we have airplanes available, in our view ramping up is an important next step. The speed of that is the question, not whether we need to ramp up.”

Raytheon Technologies owns Pratt & Whitney, one of two engine suppliers on the A320 family.

The head of one of the partners in the plane’s other engine supplier, General Electric Co, backed “near-term” goals at Airbus and Boeing but declined comment on discussions being held behind closed doors on Airbus’ long-term plans.

In May, Airbus announced a firm target of increasing A320-family production to 64 a month by second-quarter 2023 and asked suppliers to enable a “scenario” of 70 by first-quarter 2024. It also said it was investigating rates as high as 75 by 2025.

On Monday, Airbus pushed back against criticism from leasing companies about the output plans.

respect those contracts because we think they are too many for

Airbus Chief Executive Guillaume Faury is expected to face questions from investors over the rift when the company releases earnings on Thursday. Airbus has said it is confident of a rebound, but people close to the company stress it has not decided on monthly A320 family production rates above 64.

(Reporting by Tim Hepher in Paris, Mike Stone in WashingtonAdditional reporting by Rajesh Kumar Singh in ChicagoEditing by Nick Macfie and Matthew Lewis)