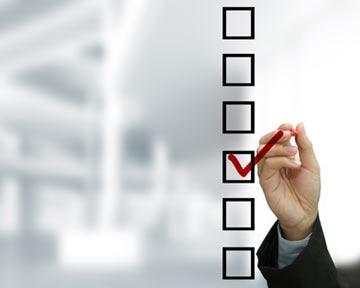 Let’s look at some of the more common issues, concerns and life scenarios that could have a direct impact on an individual’s social security income. This is by no means an exhaustive list of relevant topics, but intended as a good starting point to formulating a social security game plan that makes sense for you.

Also, I think it’s worth taking a brief moment to understand social security in its historical context before trying to determine how it best fits into your life. Old Age, Survivors and Disability Insurance Program – OASDI – is the official name for Social Security in the United States. The OASDI is a comprehensive federal benefits program that provides benefits to retirees, disabled people and their survivors. This was and remains the OASDI mission.

While it’s generally not advisable to elect to receive Social Security benefits early as it reduces the maximum monthly benefit over the course of a lifetime, disability is a different story. For those who are unable to work due to medical reasons, typically long-term disabilities, Social Security will pay disability benefits under a program that is separate from the core OASDI retirement benefits’ program.

In addition, disability benefits, like retirement benefits, are subject to tax based on overall income:

When the worker reaches Full Retirement Age (FRA), which is age 66 for those retiring today, their disability benefits will automatically be converted to retirement benefits.

2. Benefits for children under age 18

Most people are aware that a surviving spouse gets a widow or survivor benefit of up to 100% of their deceased spouse’s remaining benefit due. However, less commonly known is the fact that unmarried children under the age of 18 are also eligible for survivor benefits. The child calculation, again subject to certain rules, is typically 75%.  Be aware that there is a maximum limit for each family that generally ranges from 150% to 180% of the basic benefit rate.

Social Security has built in certain benefit reductions for public sector employees based on their individual pension qualifications.

The Windfall Elimination Provision (WEP) was created for people who receive pensions from jobs in which they were not required to pay Social Security taxes — for instance, police officers, firefighters, teachers and state and local government workers whose employers were not part of the national Social Security system. If these public employees were also eligible for Social Security retirement or disability benefits based on other work they did over the course of their careers for which Social Security taxes were paid, this is when the WEP would kick in. For example, if someone worked under the Civil Service Retirement System (CSRS), and didn’t have social security taxes withheld, but earned Social Security benefits through a different job later on, then their benefit calculation would be based on a different formula which would reduce what they would have otherwise received. By how much? That depends on their work history. But one rule that generally applies is that the reduction in Social Security benefit cannot exceed 50% of their pension.

Similarly, the Government Pension Offset (GPO) reduces the Social Security survivor benefits by up to 2/3 of their public pension.  For example, a spouse who worked in a government role, qualifying for a pension, and whose husband had paid into Social Security his entire career, would have their spousal or widow benefit reduced by 2/3 of their pension.

Often the greatest source of confusion as it relates to Social Security is the aftermath of divorce. In surveys we’ve run at BMO Private Bank, less than half of participants are aware of their rights as a divorced spouse. To put it simply, subject to three basic rules a divorced spouse is eligible for the same benefits as a current spouse. The rules are as follows: a) the marriage lasted for at least 10 years; b) you have not remarried; and c) you are age 62 or older.  Subject to these conditions a divorced spouse can earn up to 50% of their former spouse’s benefit.  If they have their own work record, they can also restrict their claim to just the divorced spouse benefit and accumulate delayed retirement benefits which they can switch to at a later date (not past age 70) to maximize their overall benefits.

Surviving spouse benefits depend on two things – when the deceased spouse originally claimed their benefit, and the age at which the widow claims their benefit. The easiest example is where they were both at Full Retirement Age (FRA) – today, 66. At this point, the surviving spouse is eligible to receive 100% of the deceased spouse’s retirement benefit, assuming that is higher than their own.  The more complex example is when both are taken early.  There is an automatic floor of the higher of the deceased spouse’s benefit or 82.5% of the PIA (Primary Insurance Amount – the full monthly Social Security retirement benefit to which you become entitled at FRA). This would get further reduced if the surviving spouse takes early benefit (as early as age 60).  For instance, Joe files early at age 62 and only receives 75% of his $2000 benefit or $1500. Julie is the surviving spouse and she would get the higher of $1500 or $1650 (82.5% of $2000), in this case $1650.   However, if she is younger and claims at age 60, she would only get 71.5% of $1650, or $1180. The survivor benefit could have been much higher if Joe had waited until at least FRA, and he could have even received delayed retirement credits of 8% per year by waiting past FRA up to age 70.  For divorced spouses, they can receive the same survivor benefits as a spouse, as long as the marriage lasted at least 10 years.

BMO Private Bank is a brand name used in the United States by BMO Harris Bank N.A. Member FDIC. Not all products and services are available in every state and/or location.

The information and opinions expressed herein are obtained from sources believed to be reliable and up-to-date, however their accuracy and completeness cannot be guaranteed.  Opinions expressed reflect judgment current as of the date of this publication and are subject to change.

BRINGING CARE CLOSER TO HOME: CANARY TAKES FLIGHT THANKS TO INVESTORS ON THE CROWDFUNDING PLATFORM SYNDICATEROOM