WHAT’S NEXT FOR THE EU BANKING SECTOR? 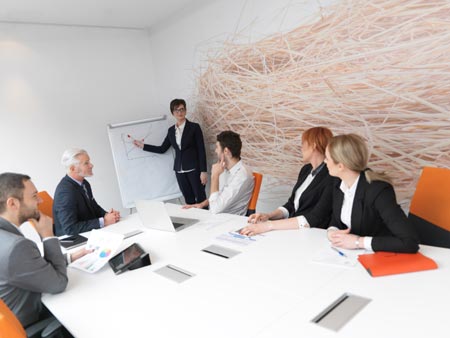 The European banking sector today looks very different to the one we had in 2011. Thanks to the long term refinancing operation and quantitative easing, the sector no longer faces liquidity problems. The major challenge, however, is the elevated amount of non-performing loans still sitting on many banks’ balance sheets. Whether European leaders can reach an agreement on how to address this issue remains crucial. In the current environment, the best placed banks have solid credit quality, a high level of shareholder equity and a high return on assets, enabling them to absorb increased credit costs.

What can the European Central Bank (ECB) do to restore confidence?

We believe the most effective solution would be for the ECB to follow the approach taken by the Fed to shore up the damage caused by the subprime crisis. In 2008, US Congress signed the Troubled Asset Relief Program (TARP), allowing the US Department of the Treasury to purchase or insure billions of troubled assets. Following this  the Treasury purchased illiquid, difficult-to-value assets from banks and other financial institutions and the US Federal Reserve expanded its balance sheet from approximately $500bn of assets at the end of 2008 to more than $4000bn by the end of 2014. This included more than $1500bn  non-government papers, such as residential mortgage backed securities.

Currently, European governments cannot fill in bank capital holes and the ECB is not permitted to buy troubled assets from banks, just AAA paper. By allowing the ECB to buy banks’ troubled assets and plug the capital shortfalls that would eventually arise, credibility would be restored. Until then, European banks will remain under a lot of pressure.

Should we be more concerned about Italian banks?

Economic growth in Italy over the past ten years has been at best weak. This, coupled with the financial crisis and some specific cases of mismanagement, caused a sharp increase in non-performing loans. The source of such problematic assets is widespread and includes commercial real estate, SME and consumer loans.

Italian banks continue to hold these troubled assets because in recent years, they have been forced to increase their coverage ratios and simultaneously improve their capital positions. Now that, on average, such assets are written-down to 40 cents, they could eventually sell them at 25-30 cents without incurring unbearable losses.

We believe that a stress test would highlight an overall solid capital position for Italian banks, but also some risks, namely high Texas ratios (amount of gross non-performing loans on shareholders’ equity plus reserves). A consistent disposal of such assets will be required to address this.

We don’t see any Italian bank eager to step-in and buy the weakest players. The restructuring and clean-up process will thereby need to be managed and organised directly by the Italian government, with the full support of European institutions. If they manage to find a credible solution for Banca Monte deiPaschi before the October / November referendum, this could turn into a material positive trigger, not just for Italian banks but for the European banking system as a whole.

DON’T BECOME THE YAHOO! OF BANKING

BANK ON US: HOW THE UK’S FINANCIAL SECTOR IS RACING AHEAD WITH THE ACCESSIBILITY AGENDA