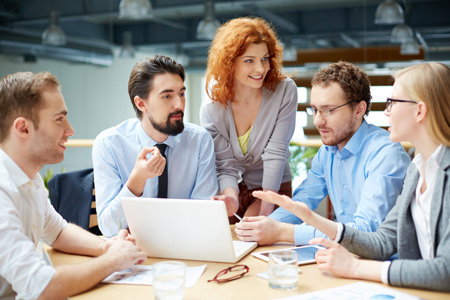 By Rishi Khosla, CEO and co-founder of OakNorth Bank, the bank for entrepreneurs and small business owners

There has been a lot of chatter since the banking crisis about new banks launching in the UK. The casual observer might think good progress has been made. Customers, be they consumers or businesses, have more choice than they’ve had in decades and they can now be assured they are getting a good deal. The banking system is once again playing its fundamental role of optimising the allocation of capital in the economy.

The facts tell a different story.

In the US, there are 7,000 banks. In Germany, there are 2,000. In the UK, just five banks control 90 per cent of the market. That’s a lot of faith to place in five banks – five companies that the same casual observer may think didn’t exactly cover themselves in glory in the run-up to 2008.

You’ve got to hope that there’s real diversity in that small group of banks and that all valuable parts of our economy are being properly served by them. One moment spent considering the way they lend to small companies makes you realise that this simply isn’t the case. In the UK, small companies borrow half as much as their counterparts in the US and Germany, which means less capital investment and less growth.

In fact, weak lending to small businesses is the elephant in the room of banking policy. Small companies generate no less than half our GDP and British entrepreneurs have made some of the most significant breakthroughs in business and been responsible for inventions that have changed the world – from the telephone, to the TV, to the worldwide web.

But the major banks have over the course of a couple of decades increasingly focused their relationship managers on large companies, while centralising and automating underwriting processes for smaller loans. Entrepreneurs have typically been required to offer property as collateral – an approach that simply isn’t fit for purpose in this age of falling homeownership and new industries where property assets aren’t required.

A ‘computer says no’ approach to small companies has prevailed, and there’s the rub. Some of the high street lenders have complained that the problem isn’t that they’re not lending, but more that businesses simply aren’t borrowing. Well, if you’re told ‘no’ enough times, you simply stop asking. Banks have supressed the appetite among small businesses for loans and as a result a whole new category of lenders have come into the market – peer to peer platforms, direct lenders and indeed OakNorth Bank.

While the government supports increased banking competition and has, for the most part, taken a pragmatic approach to encouraging it, the decision to replace the Bank Levy, which only applied to large banks, with an 8 per cent surcharge on profits above £25m for all banks, is a retrograde step and sends the wrong signals. In September, a number of new banks met with Charles Roxburgh, a senior Treasury official, to plead for a break from the new tax. However, their appeals were mostly rebuffed which is why a letter from Andrew Tyrie, the Conservative chairman of the Treasury select committee, to Andrew Bailey, deputy governor of the PRA, last month, was a welcome intervention. In his letter, Andrew Tyrie warned that the surcharge might hinder competition and reduce lending at retail banks.

OakNorth has ambitious plans to lend over £1 billion to small business owners and entrepreneurs in the next few years, and ramping up taxation on profits means that we will have less capital to reinvest in our business and less retained capital which would limit our ability to scale our lending book, and therefore makes achieving that goal a lot more challenging.

Still, the government has made significant inroads in the last few years to reduce the barriers to entry for new banks into the market and improve competition in the sector. The launch of the Current Account Switching Service in September 2013 has seen over 1.5m current account holders move from the Big Five to “challenger” banks, and the provisional findings of the Competitions and Markets Authority (CMA) review into the banking services offered to SMEs shine a much-needed spotlight on the UK’s uncompetitive banking sector and the lack of support SMEs receive when it comes to shopping around for a better deal.

It is important that the tight political pressure we’ve seen over the last half decade, is sustained and that initiatives that were introduced to improve the financing options available to small businesses, evolve. The Funding for Lending Scheme (FLS) for example – which reduced competition for savings and allowed new market entrants to re-price their deposits and diversify their deposit products – is due to end in January 2016 and the government has no plans to extend it. The Scheme launched at a time when there was a lack of liquidity in the market and it provided funding for banks to lend. Three years on however, many small businesses are still struggling to find the funding they need. Given the stronger economic situation, coupled with a continued political will to a) increase funding to small business owners and entrepreneurs; and b) increase competition in the banking sector, there is a strong case for extending the scheme but limiting it to small and medium sized lenders who have real appetite to lend to the real economy.