Venture Capitalist Dale W Wood says, “Operations are just in my DNA”, talks about his career as a VC and his take on the state of the industry. 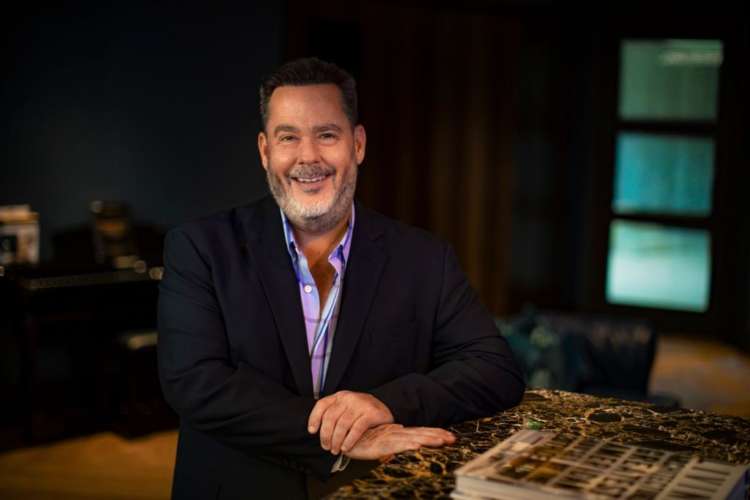 He’s heard from Costa Rican financers, South African miners and Australian tech moguls – some with revolutionary ideas and some with hunches that would never materialize. He’s seen brilliant visions turn into successful enterprises, and he’s seen promising ideas falter and fail. It’s through this extensive experience and decades of successes and failures that Dale Wood has learned it takes much more than a good idea to change the world.

For the last several years, Wood has been using Dale Ventures to help turn great ideas into the “next big thing.” Wood has invested his time, money and resources in a number of high-potential ventures around the globe, including Instanda, Huma, Rayo Credit, TechMet and others.

The creation of Dale Ventures – a lifelong dream of the Texas native – came after decades of hard work, tough lessons and “failing forward.” Wood is an alumnus of Southern Methodist University’s Edwin L. Cox School of Business, where he earned an MBA in international business.

From there, he spent years working for other people in jobs that taught him what he loved and, more importantly, what he didn’t. Mid-level positions in marketing and recruitment taught Wood that he wasn’t cut out for a 9-to-5 desk job and sent him abroad where he served in roles ranging from investor to founder, and from COO to CEO, at various Internet-based businesses.

He spent the late 90s and early 2000s on a quest for something more meaningful, and started using his wide-ranging knowledge and experience to invest in high-potential startups. Dale Ventures is the result of a lifelong mission to help promising entrepreneurs make their mark across the industries of technology, media, financial services, real estate and retail.

What led to the founding of HealthYes! Preventive Screening?

In the years leading up to starting HealthYes!, my wife and I were living in Costa Rica and I was working in the IT sphere, helping fledging companies attract and retain the talent they needed to grow and maintain internet businesses. I began investing in early web visionaries and my wife and I were thriving in Costa Rica – embracing the Latin American lifestyle and reevaluating our priorities. That’s when fate stepped in.

Within a year, my sister lost her cancer battle and my father died of a heart attack – a surprise that shook me to my core and once again brought my priorities into perspective.  My father’s out-of-the-blue heart attack led me to consider how I could keep this from happening to others.  I researched ‘early prevention’ for months and found the concept of ultrasound screening for early detection of heart attacks and strokes.

HealthYes! represented a major innovation in this industry – we took a process that usually saw clients screened and waiting up to 60 days for their results and turned it into an internet-based model. Through HealthYes!, clients could be screened, have their tests read online and have results in less than 72 hours.  While the timing of a start-up, cash-pay heath care company could not have been worse given the looming financial crisis, the technology I wrote and used is still in use today under a license agreement by the biggest screening companies.

Having seen the Latin America and Asia-Pacific venture markets, how do they compare?

It’s not easy to generalize about such a vast part of the world – the markets span regions, ethnicities and languages. We also see a wide variation in terms of human development indicators, systems of economy and forms of government. Some of these nations have a growing and young population, while others are aging.

If you look at Asia, it amounted to only 33% of the world’s GDP 20 years ago, but by 2040 we expect it to account for half of the world’s consumption.

In Latin America, we see countries with deep security markets, like Brazil, where GDP growth is around 2.5%. Columbia has 3.5 to 4% and Argentina, which was facing a recession, is expected to grow by 2% next year. Despite having a general slowdown in Mexico, it, too, is expected to grow.

Despite ongoing challenges and constant change, Latin America’s GDP is expected to improve in the next year thanks to robust growth indicators in Argentina, Colombia, Brazil and Mexico. At Dale Ventures, we remain focused on emerging markets. We are closely monitoring the growth indicators in both regions.

Which market is easier for startups to break into?

Neither market is inherently easier or more challenging for a new business. Different markets present different opportunities and challenges for different companies, and experienced partnerships make for more promising outcomes.  At Dale Ventures, we’re able to visualize how different startups will perform across various markets, and we can work to predict the impact of market choice on future success.

Investors should bring more than just money to a fledgling business – we bring prior knowledge, a vast rolodex and a commitment to each startup we work with, which helps new businesses break into established fields in multiple markets.

Is now an appropriate time to launch a startup?

Despite economic uncertainty brought on by COVID-19 – now is an excellent time to start a business.

I’m not saying it will be easy – it never is – but now is an ideal time to attract top-notch players to a great idea. There is also less noise in the market surrounding valuation and funding, and talent can easily be made available without great attrition rates.

I consider an economic downturn an excellent time to start something new because people are focused on only one thing—finding something with real value, instead of prioritizing vanity metrics.

When Rayo’s founders made up their minds to foray into Colombia, it was a no brainer that I would follow them. Dale Ventures became the lead investor, we provided $500,000 upfront and committed a further investment of up to $5 million.

I could not be more proud of the tremendous success Bernardo and Pablo Arce have seen in Costa Rica. A continued, successful partnership is the dream of every investor, and Rayo Credit has grown phenomenally.

Dale W. Wood Backed Startups Turning Out To Be The “Next Big Thing”

How did the founders of Rayo Credit come across you?

Pablo and Bernardo, who are twin brothers, recognized the need of many in Costa Rica for short-term financial help. The pair reached out to me with a pioneering business idea of an online loan disbursement and repayment company, which employs an approval process that takes less than 24 hours and distributes mini loans payable in a maximum of 45 days.

The Acre duo was seeking technical support, resources, and of course, the capital. Dale Ventures provided them with a seed fund of $1 million.

Do you have a limit on what you can invest?

This is an incredibly good question! It all depends on the inherent value of the idea, plus the vision, commitment of the startups’ leaders, and their ability to scale. I don’t like to declare arbitrary investment limits – if the idea is innovative, ground-breaking, and can scale then the investment will speak for itself. Dale Ventures is known for having patient money and aggressive follow-on investment – which are two sexy differentiators when compared to the Ventures Capital landscape. At Dale Ventures, value is built over time.

What are your expectations for those that you invest in?

It is incredibly important to me that our investment is not just throwing money at an idea – we focus on building strong relationships with management and helping to build a company structure that ensures continued success. Our operational partners are often surprised by our ability to dissect a business and provide significant operational input. The fact is that Operations are in the DNA of both Dale Ventures and Dale W Wood. We leverage our financial and operational expertise in collaboration with company leadership to build a long-term vision, and we expect founders and leaders to adhere to the mutually beneficial blueprint for a long-term partnership.

Dale Ventures primarily focuses on financial and business services, technology and media, real estate, and consumer and retail business, but no sector is off limits. We see venture capital investment as a microeconomic space – it all depends on the company.

What would you like to leave our readers with? Do you have any advice for entrepreneurs?

At Dale Ventures, we believe that the ability to drive growth comes from continually creating value in the long term. Clear and transparent communication, properly defined goals, and maintaining and building powerful teams are what make – and sustain – top-notch companies. In the quest to produce long-term value, patience and persistence are key. It takes a lot more than a great idea!