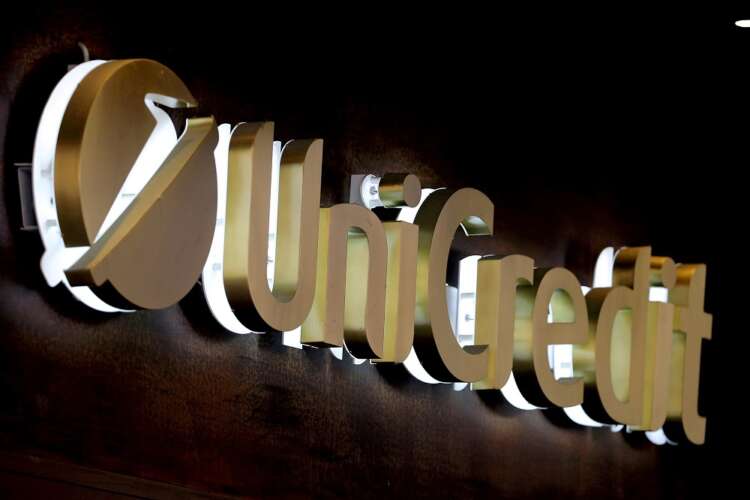 MILAN (Reuters) – UniCredit is considering cutting around 3,000 jobs through voluntary departures under a new strategic plan the Italian lender is due to present on Dec. 9, two sources familiar with the matter said on Wednesday.

The majority of the job cuts will affect corporate centres, the sources said, adding the figure was still tentative because the bank would start negotiations with unions only after unveiling the plan.

UniCredit, which last year lost the title of Italy’s No.1 bank to Intesa Sanpaolo when the rival took over mid-tier player UBI, hired in April investment banker Andrea Orcel as its new chief executive to replace Jean Pierre Mustier.

Intesa said this month it had agreed with unions 2,000 early departures and 1,100 new hires https://www.reuters.com/business/finance/intesa-signs-accord-with-unions-2000-early-staff-exits-1100-new-hires-2021-11-16 ahead of a new business plan due in February.

UniCredit, which operates in 13 markets including Germany, Austria and eastern Europe, employs 87,102 staff globally, of which around 36,000 are in Italy. The cuts would amount to 3.4% of UniCredit’s overall workforce.

In Italy, where a significant portion of the reductions would be concentrated given its relative weight for UniCredit, banks only lay off people on a voluntary basis and usually through costly early retirement schemes.

In recent years, the goal of Italian banking unions in accords over job redundancies has been to replace half of the people leaving with young hires.

UniCredit’s previous plan, unveiled in December 2019 and due to run through 2023, had envisaged 8,000 job cuts, leading to 1.6 billion euros in restructuring charges.

Following negotiations with unions after the plan, UniCredit in April 2020 agreed with Italian unions https://www.reuters.com/article/us-eurozone-banks-unicredit-idUKKBN21K2WP 5,200 voluntary departures in the country, partly offset by 2,600 new hires.

When he was hired in 2016 to bring UniCredit back from the brink, Mustier slashed 14,000 jobs under his first four-year plan.

Separately on Tuesday, sources said UniCredit was looking to streamline its insurance joint-ventures in Italy and discussing an extension of an option to take full control of a joint venture with France’s CNP Assurances.