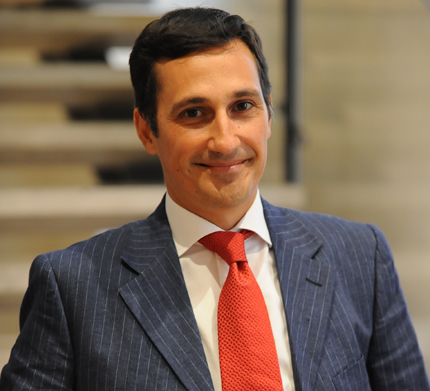 The United Arab Emirates (UAE) country assessment has been ranked at A3, according to Coface, a worldwide leader in credit insurance. With economic growth expected to stand at around 5 percent in 2014. Coface uses a seven-level ranking; in ascending order of risk, these are: A1, A2, A3, A4, B, C and D. The country assessment provides an insight into the average payment incident level presented by companies in a country in connection with their short term trading transactions.

The UAE business climate which measures corporate risk, considers a number of factors such as the availability of company reports, reliability and the effectiveness of legal system has also been assessed at A3. After contracting around 5 percent in 2009, the UAE’s economy gradually recovered, recording solid growth rates with 5.2 percent witnessed in 2013.

“The UAE economy remains solid on the back of both the hydrocarbon sector and the non-hydrocarbon sector. The diversification policy constitutes an important pillar of the economic performance as it reduces the dependence on oil and supports the real sector. The business environment is improving and the actions taken to increase the transparency within the economy are crucial to reduce the risks in the corporate sector,” said Seltem IYIGUN, Economist for the MENA at Coface.

Earlier this year, Dubai managed to refinance favorably its debt maturing (around 20 billion USD) with Abu Dhabi and the UAE central bank. However the debt burden of the entire public sector in Dubai is still heavy with significant amounts coming due in the next few years, around 40 billion USD between 2015 and 2017.

The introduction of regulatory measures by the authorities aiming at avoiding another property bubble is also promising for the country’s economy. The introduction of the new Companies Law which brings gradual reforms to the corporate governance is also seen as a major progress. However there is still room to go as the financial accounts are rarely available with the exception of international large groups.

In Coface’s latest Panorama report, the focus is on the hydrocarbon, agro food and retail sectors as these are the key elements of the economy.

The UAE produces 3.5 percent of the global crude oil, representing 7 percent of the proven reserves, ranked 7th in the world and 4th within the OPEC countries. In 2013, the hydrocarbon sector accounted for one third of GDP and hydrocarbon exports were about one third of total exports. Public finances of the UAE remain highly dependent on hydrocarbon revenues, despite ongoing diversification in the economy. The oil accounted for almost 80 percent of the budget revenues in 2013. The main risks in this sector would be the corporate profitability depending on the government supports and the balancing of the hydrocarbon supply and demand in the country. The regional conflicts can also represent a source of risk.

The agro food sector is becoming increasingly important in the UAE in line with the growing population and per capita income. The country accounts for 20 percent of the total food consumption of the Gulf Cooperation Council (GCC) countries, second largest consumer after the Saudi Arabia. The country is also the second largest food producer in GCC. However the arable lands are very limited and the climate is not very favorable for the agricultural activities. The government supports the agriculture sector and food processing industry. Heavy dependence on food imports creates a risk for the country in case of a shortage in food supply. The government’s control over the food prices may also weigh negatively on the corporate profit margins.

The retail sector is one of the fastest growing industries in the UAE on the back of increasing wealth, economic sustainability and strong domestic consumption. The fact that the UAE was not affected by the political turmoil in the Arab World made the country a more popular tourism destination which also contributed to the expansion of the retail sector. The intense competition, the increase in accommodation, food, transports and education prices and rents can be considered as major risks weighing on the retail activity but these risks remain mitigated.
“Panorama report confirms significant development achieved by the region’s economy in the past three years, establishing it as leading global trading economy. Non oil trade hit AED 256bn in the 1st quarter of 2014 showing continued momentum driven by country’s non oil foreign trade in all economic sectors as reported by UAE Federal Customs Authority. The UAE represents an ideal business location and a safe haven in the Middle East Region” said Massimo Falcioni, Head of Middle East countries Coface.