To outsource or not to outsource? That is the question

Tesla's logistical challenges overshadow record deliveries
Our website publishes news, press releases, opinion and advertorials on various financial organizations, products and services which are commissioned from various Companies, Organizations, PR agencies, Bloggers etc. These commissioned articles are commercial in nature. This is not to be considered as financial advice and should be considered only for information purposes. It does not reflect the views or opinion of our website and is not to be considered an endorsement or a recommendation. We cannot guarantee the accuracy or applicability of any information provided with respect to your individual or personal circumstances. Please seek Professional advice from a qualified professional before making any financial decisions. We link to various third-party websites, affiliate sales networks, and to our advertising partners websites. When you view or click on certain links available on our articles, our partners may compensate us for displaying the content to you or make a purchase or fill a form. This will not incur any additional charges to you. To make things simpler for you to identity or distinguish advertised or sponsored articles or links, you may consider all articles or links hosted on our site as a commercial article placement. We will not be responsible for any loss you may suffer as a result of any omission or inaccuracy on the website. 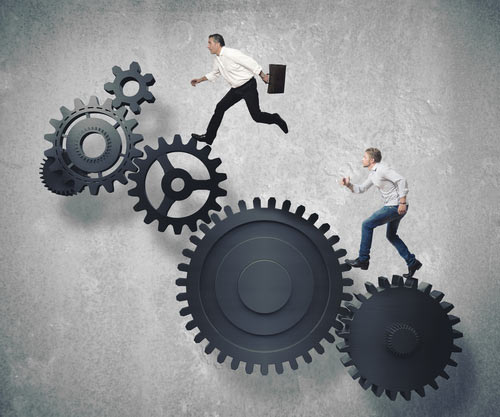 The age of the holistic IT outsource – the “I don’t need an IT department I have <vendor x> approach, is past. But selective outsourcing of key functions and activities is a common way for businesses to realise benefits. Outsourcing certainly has its upsides; first and foremost many companies choose to outsource because they can achieve the cost efficiency benefits that are important to any organisation. Secondly, the scale and experience of an outsourcer can add fresh perspective and input that may not be available from a fixed internal staff. However, outsourcing IT support can also help drive innovation and change by freeing up time for internal IT staff to spend on development projects that are more closely aligned to achieving business objectives.

So, how should a financial services organisation choose which parts of the IT function to outsource and which to keep in house? A prudent and common approach is for an organisation to scrutinise its business model and define the components that are mission critical (core functions) against those that aren’t (contextual functions). So for example email might be considered contextual, but trading applications core. Or server management contextual, but application support core. An added dimension will be to assess the costs of internal versus external delivery, considering which functions may be subscale or resource intensive to provide in-house. Finally, organisations must consider the hand-off points and interactions between functions. Do various teams need heavy ongoing interaction, or can they be considered isolated as a functional tower?

After careful thought, a company can expect to end up with a hybrid solution including the right blend of both in house and outsourced services.

Of course, there are some downsides to outsourcing which need to be considered. The most common objection to functional outsourcing is a loss of control over how a given service is delivered. Another downside is that outsourcing, and more particularly offshoring, can often come with compromises on quality, high staff turnover and lack of innovation.

Because of this it’s important to consider not only costs but the key aspects of how services are being delivered, how service quality will be maintained and improved and how innovation and change will be driven into the practices of the outsourcer. Concrete SLAs and evaluation metrics should be put in place to ensure a service provider focuses on delivering innovative services and driving continuous service improvement.

Of course another challenge associated with having some aspects of IT outsourced, and some in house, is that it places a new and increased load on an organisation’s IT function to provide service governance. It’s important for an IT function to have a holistic view across all business services, whether the underpinning delivery of those services comes from external providers, internal departments, or a combination of both. One of the things most commonly overlooked when outsourcing a service is how the provider integrates into the other parts of the IT function.As service governance becomes an increasingly important function of the IT department of the future, organisations can’t afford to be hampered by an inconsistent and disjointed view of service operations obtained from outsourcing to multiple suppliers.

When considering those functions that an organisation decides are not prime candidates for outsourcing it should not be assumed that there are no significant cost savings to be had from taking a different approach. For example, the use of automation technology can drive high levels of efficiency while also keeping the control and ownership of IT management within a company. Autonomic technology automates routine IT jobs and business-process tasks that would usually be carried out by workers either locally or in offshore locations. And this is a trend we expect to see accelerate. In the past decade, replacement of labour with cheaper labour has been prevalent; the next decade will likely see the phasing out of cheap labour and the introduction of automation technology. It’s a shift from a model of labour arbitrage to one of labour automation.

Part of the reason we can expect to see this shift is because of the growing pressures faced by offshore suppliers. With an increasingly competitive market for IT engineers in emerging markets, many graduates are now being made half a dozen offers from a range of multinationals, not just IT vendors. For example, Mercer expects industry salaries in India alone to grow 12 percent this year, the same as in 2012. As the wages of workers in offshore locations increases, so does the pressure on outsourcers to supply the same quality of service with a dwindling supply of low cost engineers to deliver the job. When workers are secured, high levels of staff turnover caused by strong demand for skills and experience mean an almost constant state of flux. 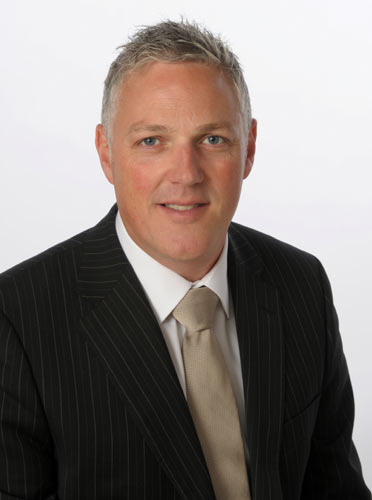 Another reason for introducing automation technology is its impact on the IT function. Recent research undertaken by IPsoft and Quocirca has shown that 69% of IT decision makers would prioritise modernising their IT infrastructure if their IT staff had more man hours at their disposal. By automating mundane and repetitive tasks, IT departments can use their skilled staff to support projects that drive business innovation rather than focusing on “keeping the lights on.”

To some degree, for every business a level of IT outsourcing is inevitable, whether it’s using a network provider, deploying software as a service (SaaS) tools such as Salesforce.com, using offshore providers to decrease the cost of resource, or outsourcing whole functions. The important thing for the CIO to consider is how to ensure consistent service delivery, how to integrate multiple suppliers in an increasingly hybrid landscape and how to ensure that the focus of the department is on innovation and change, not on maintenance and support. Outsourcing can help. Automation can also support this agenda. And a combination of both is often the route to greatest efficiency.