THE SELFIE: A SOCIAL PHENOMENON AND A MARKETING TOOL?

Key Lessons From Fintech Companies That Will Skyrocket Your Business 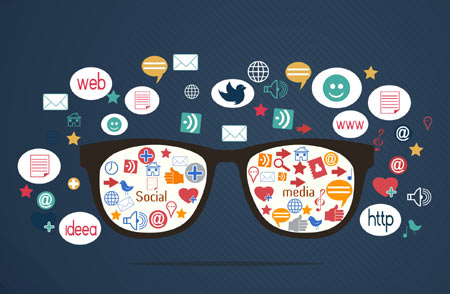 Though selfies have existed pretty much since cameras became small enough [i]to be held in the hand, they really hit their stride in the age of smartphones and Instagram. Now, the numbers of photos being taken increases exponentially every year[ii], and marketers have started to take notice. Why wouldn’t they? Selfies are popular: people enthusiastically like them, love to share them, and gleefully comment on them.

So how to leverage this social phenomenon into a real marketing tool that can drive conversions? Surprisingly, it’s not that common. We’ve assembled some of our best selfie tips to help you harness your fans’ latent power and turn their playful selfie-sharing into a marketing push.

Of all the ways to quickly and easily turn a selfie into a money-making opportunity, this one is the most obvious. One only needs to google for “most retweeted picture ever”[iii] to see the best example of this, the photo taken at 2014 Oscars’ Awards by Bradley Cooper and tweeted by Ellen Degeneres. It was retweeted more than 3.4 million times and even briefly caused a Twitter outage.[iv]

The catch? It was all orchestrated by Samsung. The photo itself is estimated to be worth over a billion dollars to the Korean electronics firm.

Surprisingly, Samsung didn’t micromanage the event: rather they paid out some $20 million dollars to be the Oscars’ official behind-the-scenes sponsor, put phones in everyone’s’ hands, and just let it happen. It would be a mistake to say that the execs didn’t hope something like her selfie would happen, but they didn’t force it.

But the selfie is also a great place for people to show off their favorite possessions and recent purchases. It’s especially suited to medium-distance (read: arm-length) shots of the head and upper body, though especially enterprising individuals have been known to manage to get their whole bodies in the shot.

One only needs to google “outfit of the day”[v] to be treated to a slew of self-made fashion blogs bursting with brand names and coordination ideas. Many of these authors already include the brand, origin, and even prices of the clothes that appear in the photo. The idea of sponsored content might come as a surprise to these relatively small-time bloggers, but there is evidence that it is a new and growing trend in advertising.[vi] A few well-placed hashtags can go a long way here.

Lately, first Twitter with Vine, then Instagram introduced short-form videos as a type of sharable content. These are perfect for packing a bit more detail and information into the selfie while still staying true to the form. The subject of the selfie can elaborate a little bit about what exactly he or she enjoys about the product and provide information about how it was obtained. These videos also provide an opportunity for marketing-types to flex their creative muscles a little bit by upping the production value.

A short vine or Instagram video can become viral, and marketers have the resources to give it that extra push. A well-placed surprise can go a long way on these types of media, and brands are ideally situated to take advantage of this.[vii]

What kinds of pictures get shared even more than selfies? Pictures of food! For a restaurant or food brand, the selfie is a natural extension of the already-popular trend of sharing what you’re about to eat. Conceptually, it’s not far removed from the outfit selfie. Maybe that’s why people seem to enjoy sharing photos of their food maybe even more than they enjoy eating it!

Naturally, restaurants are keen to get in the mix. A well-placed hashtag and a few promotional dollars later, and you have the makings of a viral hit.[viii]

The Selfie as a Marketing Tool

It’s clear that the selfie as a social phenomenon isn’t going anywhere. It’s been proven to have durability in the public eye, and going forward, it should only be expected that marketers will try increasingly harder to co-opt enthusiasm for the form. The lesson: it won’t be easy forever. Selfie marketing is in its infancy: get in while it’s easy!

Nick Rojas is a business consultant and journalist based in Los Angeles, CA. You can follow him on Twitter @NickARojas, where he rarely–if ever–posts selfies of him and his wife.

SMALL BUSINESSES MAY NOT BE ACHIEVING THEIR FULL POTENTIAL