THE BEST CHRISTMAS PRESENT FOR YOUR FUTURE – BECOME AN iPRO 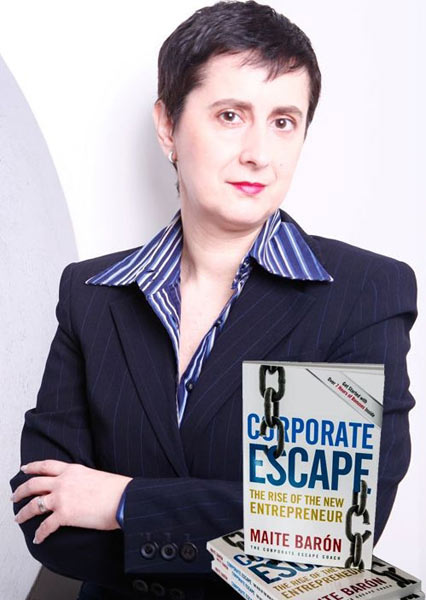 The countdown to Christmas has begun. The party hats are out, mince pies are already being handed round, parties and after work drinks are very much the order of the day, and of course, everyone’s putting together their wish lists of presents.

And for many in the corporate sector, there’s one thing they absolutely don’t want in their Christmas stocking and that’s a redundancy notice.

Sadly, for some that will be the case, and for others it’s already happened, like the 1,700 or so whose jobs Barclays have just announced are under threat – for them the festive season won’t be quite so festive.

However, with Barclays’ redundancies, it isn’t a need for cut-backs that has consigned staff to the wrong side of the corporate door, as has been the case in the recent past. It’s actually the consequence of changes in customer behaviour.

In other words, more and more of the bank’s customers are choosing to do their banking online, meaning that fewer staff are needed to do the job that’s increasingly being done by technology.

And with research revealing that 26% of working adults surveyed across 22 countries use their mobile for banking, with a further 16% all set to do so, the writing may be on the wall for many more front line staff who are no longer needed in this ‘self-service’ financial environment.

It goes to show how vulnerable the job market is to rapid changes brought about by technology, particularly where it can be implemented on a large scale, as in a corporate organisation.

So, for anyone in a corporate environment, there is a real and constant threat that a new piece of software, or an innovative algorithm, will shift the marketplace so fundamentally that bottom line considerations will decree more humans should be removed from the equation.

The irony of this, of course, is that with the economy finally improving, rather than feeling nervous about losing their job, more people should feel confident about keeping theirs.

Instead, despite a sector employment rate up on the previous quarter by 0.3%, equivalent to 155,000 jobs, and unemployment down by 0.1% in the same period, what staff are most conscious of is the threat to their individual job.
However, for those who think they’ve no choice but to stick it out and plough on in the hope that things will blow over, other statistics from the ONS reveal a sea-change in the way we work, with an increase of 34,000 on the previous quarter in the numbers moving into self-employment.

So, although there was an expectation among economists that the rate of self-employment would fall behind the rate of employment as the economy recovered, that’s not proving to be the case, with 4.21 million of us deciding that ‘going it alone’, far from being an alternative to ‘proper work’, is the right thing to do.

So is seems that the trend is becoming established and is not just a temporary reflection of passing recessionary conditions. And it’s one that’s being echoed elsewhere, as a recent report from the IPAG Business School in France also revealed:
“Traditional hierarchical organisations are struggling. People are increasingly rejecting traditional employment with its lack of personal control and repression of creativity. New ways of working are emerging, new forms of collaboration, new structures, new alliances and new opportunities.”

So while not ten years ago (in 2004) there were 6.2 million who could be categorised as such, by this year numbers had increased to nearly 9 million, a rise of 42%. This makes iPros the fastest growing group of workers in the European labour market. In the UK the growth rate was even higher at 63%.

The report concludes that becoming an iPro is now very much a legitimate and realistic career option for professionals and executives looking to move away from traditional forms of employment and is something that should be promoted and supported by government.

And far from leading a hand to mouth existence – something that’s often wrongly assumed of freelancers – iPros are high-value professionals, who have technical ability, quality skills and a desire to add value for their clients by finding ways to work both flexibly and through innovation.

There is also an increasing recognition among policy makers that this trend towards self-employment or entrepreneurship is not peripheral to our lives, but a deep-seated component of the economy.

Only this month, the Prime Minister spoke of freelancers as being the ‘engine of our economy’.

So, instead of worrying whether you’ll be in a job next year, the sensible thing might be to take charge of your own life and beneath the new iPhone, iPod or iPad that may be on your Christmas list, add iPro – it could be the best present you give yourself.

Do you want safeguard your professional future? Are you ready to take action to do so? Then download your free guide – ‘5 Keys To Help You Take Control Of Your Working Life’