THE BATTLE BETWEEN IN-APP PAYMENTS AND MOBILE WALLETS 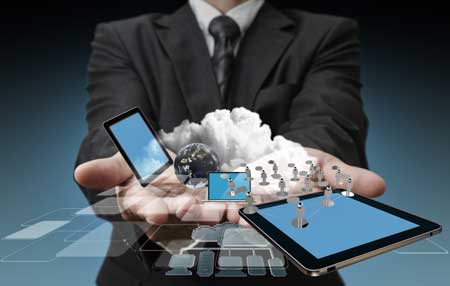 The concept of an ‘electronic wallet’ for storing and spending money digitally dates back to the mid-nineties and is almost as old as the Internet itself. Big tech firms have looked for ways to optimise offline payment mechanisms for a digital world since PayPal launched and Amazon patented stored-card, one-click payments. Fifteen years on and large players are still searching for a use case – and a method to scale. Google recently extended into the UK a feature of its’ Wallet to allow Gmail users to send money to friends and family by email and in July 2014 Amazon itself introduced its own in-store Wallet app. Meanwhile Visa and MasterCard have long since cooled expectations on adoption of their V.me and MasterPass wallets. Can these electronic wallets ever compete with the success of in-app payments?

Although backed by some brand heavyweights, I’m not convinced these efforts will pay off. After all, there have only been a few successful e-payments ventures. For example, Softcard (formerly known, somewhat unfortunately, as ISIS) no longer exists – and the Amazon Wallet was withdrawn just six months after its launch. Even PayPal – arguably the father of all the wallet apps – is more of a conventional payments provider these days. What the developers behind these products have discovered is consumers don’t want to keep installing ‘yet another app’ to pay for things. Simply replicating that functionality in a mobile device doesn’t add any additional benefit to the customer. It’s an extra step most of us are frankly too lazy to take.

This is why wallet apps will continue to face a bumpy ride. Google Wallet was originally designed for in-store purchasing using a digital account. Paradoxically for an electronic payments platform, it introduced a plastic payment card. By creating a peer-to-peer money transfer platform based on Gmail, it is also trying to speed up user adoption of the Wallet app. But there are no new possibilities here – there’s nothing one can’t already do in any number of other ways. Google Wallet feels out of kilter with the idea of limitless flexibility in payments, unlocking a whole new range of business models.

Although Apple Pay is predominantly also an in-store payment mechanic using NFC, the simplification of authorising a transaction will extend into apps and websites. Riding the rails of traditional card networks and implementing fingerprint authentication, it is convenient, clever and innovative. Plus, as one of the world’s most recognised consumer brands, it’s more likely that Apple’s payment method will gain traction with consumers than those that have preceded it. It’s also very easy to see how the thousands of developers in Apple’s ecosystem will start building Apple Pay into their apps – and then we’ll see all sorts of new paradigms emerging.

Even though Apple Pay provides consumers with convenience, the notion that there is potential for further innovation within the ecosystem is what truly matters. In the olden days, you chose what you wanted to buy and then paid for it immediately in full. This worked well when most of the things we bought were tangible objects with fixed prices. Today, that’s not always the case.

Many m-commerce success stories are in media and services – from music downloads to car parking and taxi rides. These products have far greater price elasticity than physical goods. The actual amount paid, and when, will vary enormously based on a whole range of factors. And then when money changes hands, the ability for consumers to share the cost with friends, defer payment or pay in a different currency will matter even more. All of these capabilities are today beyond the abilities of even the most sophisticated wallet apps.

There are already some great examples showcasing the power of digital payments used in apps – and none of them rely on generic, open-loop wallets. Starbucks have enjoyed well documented success with mobile payments in retail coffee shops, whilst Uber and Hailo, who make getting a taxi much easier, have also reached critical mass. Our own parking platform PayByPhone enables customers to pay for parking on their mobile without having the stress of worrying about whether they have change or if they’ve put too much money in the meter. And the reason for their success? All these apps integrate payments, often invisibly, with the use case itself, to create really original propositions. All of a sudden daily transactions and tasks become easy and convenient from start to finish – it’s all in one single app.

It is hard to see generic wallets taking off in the same way. If the past decade has taught us anything, it’s that the winners are those who don’t try to replicate what has been done before but are finding a new way of embracing all the possibilities digital technologies can offer. In light of this, it is difficult to view wallets – regardless of the organisation backing them – as anything other than a retrograde ‘additional’ step. In-app payments are leading the way by providing customers with advanced capabilities and a seamless payments experience.

MICROINSURANCE MARKET IS PICKING UP, THOUGH SOME CHALLENGES STILL LIE AHEAD

HERE WE GO AGAIN, DÉJÀ VU – DUST OFF THOSE CONTRACTS