RESEARCH UNBUNDLING – THE RACE FOR INNOVATION 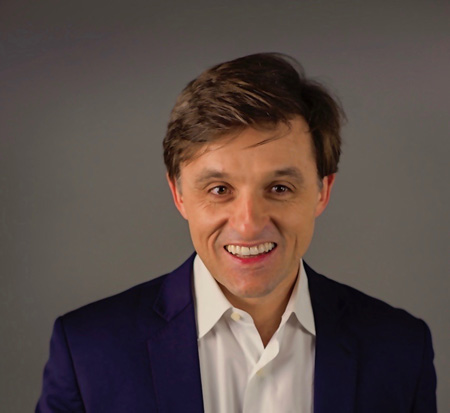 By Fabrice Bouland, CEO, Alphametry
Active asset management is under fire. MiFID II looms large on the horizon and although the deadline for this new piece of financial legislation is just a few months away, many firms are not fully prepared, or indeed clear on expectations from regulators on how new, complex rules will be put into practice.Their long established model is changing with the aim of making costs and charges more transparent to investors, including how wealth managers pay for investment research from brokers and banks. MiFID II will come into practice and investment research will have to be paid for separately. This marks an end to the historic model whereby much of it has appeared to be provided free of charge. In preparation, buy-side firms have been undertaking the process of implementing more structure around their research; looking carefully at what they consume and what delivers the most value – no mean feat when you consider the size and scale of the many organisations which need to be MiFID II compliant.

Enter technology, into a sector which has been notable by its absence when it comes to riding the digital wave. Indeed, figures by Statista in 2017 show that finance lags behind when it comes to R&D expenditure, allocating a mere 1.5% to innovation and technology compared to other industries, some of which spend over 20%. It’s clear that finance has some catching up to do and that technology, driven by the need to be MiFID II compliant,is set to revolutionise the way firms buy and assess their research.

In a few months, MiFID II will irrevocably separate research from execution. Despite murmurs of a second postponement to the deadline, Steven Maijoor, the chair of the European Securities Markets Authorithy (ESMA),confirmed in early June that they would be no further delay in the implementation of MiFID II.

Throughout 2017, a clearer landscape has emerged from the fog of European Directives, especially as local regulators have clarified their expectations, whereas interpretations will be revealed on July 3.Overall, a number of key points seem to have emerged including:

In contrast to the FCA, The German regulator, BAFIN, stated back at the end of last year that it would not consult on local interpretations but will rely on ESMA Q&As and other regulators’ input. Similarly, the incompatibility of unbundling with the rest of the world, in particular the US, continues to be a major concern. US providers face a dilemma in the fact that they cannot receive direct payment for research unless they become registered as Investment Advisors, which carries substantial legal obligations and risk.

The active asset management raison d’être, namely market-beating performance (“Alpha”), is essentially underpinned by the process of collection, analysis and circulation of information. This information is fundamental to its success.

And yet the research industry model is highly unusual. The discretionary costs of execution pay for free and unlimited access to the research of the world’s leading brokers. While financially advantageous, this model is subject to known limitations that are counterproductive. The obvious conflict of interest in providing endless investment advice to generate a maximum of execution turnover has been in the regulators’ sights for nearly 15 years. Indeed, in a recent study by Quinlan & Associates in March 2017, it estimated that over 40,000 research notes are sent weekly by the top 15 global investment banks. The same report goes on to say that less than 5% of these reports are actually opened, reinforcing the need for better insight into what firms actually use and what adds value for their clients. This excess also has a negative impact on quality as well as being an additional hindrance for asset management companies trying to identify the best sources of alpha.

Could it be that research, the key tool for active asset management, is in fact inefficient?

So what can be done to address this issue and ensure asset managers can easily access and extract the best possible research inputs intuitively?When we think of the role technology will play, it is helpful to think about the capacity of human knowledge to progress and to develop, and how this has always been bounded by two dimensions:

The digital revolution has caused a tremendous upheaval that is profoundly changing the world as we know it for two main reasons: Firstly, digitalisation provides a means of combining all forms of knowledge (text, images, video, sound, etc.) in a single space. Our world is in the process of evolving at breakneck speed from multiple physical locations where information is centralised, to a single global and unified digital space. Secondly, networked devices enable us to connect to all the forms of knowledge, and to enhance and process them almost instantaneously. In the 20th century, most of us were just consumers; in the 21st century, we can all consume, create and share.
Quantifying the investment know-how

Asset managers are professional readers, key players in content generation. They annotate, highlight, condense, create new notes, and share the outcome. All these actions give rise to ‘qualified links’ between the analyses, the notes and other collections of miscellaneous data.

In the digital space, these links cause information to appear in a new light. There is talk of a new topography of knowledge, which is no longer hierarchical, nor even organised in tree structure, but networked. The Internet reveals the natural organisation of information, which has always been linked, nested and interdependent.

Furthermore, the digital world, and in particular the rise of deep analytic tools, is generating consequences that go deeper than merely linking information. It provides a means of quantifying the processing of information, by logging and measuring the things that work. It also provides a means of modelling various scenarios, and running them repeatedly. This enables the prospect of an approach based on actual data rather than mere assumptions, and might eventually give rise to a genuine science of investment. Other industries are beginning to benefit from this new way of seeing things. Online education, for instance, correlates the actions of the students – their ‘clicks’ and ‘feedback’ – with their results, thereby improving the learning process continuously and dynamically.

Asset management – the challenges ahead

Active asset management sector has now entered a major battle brought on by innovation. It is under fire from multiple sources including product-led innovation in the form of the infamous ETFs that replicate many financial strategies, pushing asset management to the mass market; to technological innovation, with the onset of robot advisors and their algorithms that threaten to automate asset management.

Technology will play a major role in helping asset managers to face what lies ahead. And why wouldn’t it? New generation knowledge management solutions integrated with digital Online Research Marketplace (ORMs) will more easily bring extensive but targeted research directly into the heart of firms’ investment process.So while MiFID II may have lit the fire for necessary change, digitisation is fanning the flames, and never more so than in the area of research unbundling. Those who embrace it are likely to be the winners of tomorrow, not only terms of compliance, but more importantly in generating faster and more illustrative ROI on research costs than ever before.

DATA, DATA EVERYWHERE, BUT NOT A TECH TO LINK