REPEAL OF DODD-FRANK, WHAT IS AT STAKE? 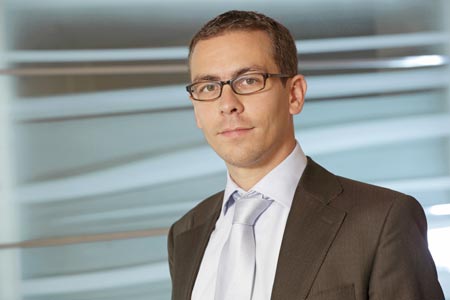 The election of Donald J. Trump to be the 45th President of the United States of America came as a surprise to mainstream media, pollsters, professional politicians and markets. Besides his widely advertised right-wing as well as protectionist measures, Donald Trump managed to overturn the polls. He proposed a pro-growth programme and, more interestingly, a deregulation of some segments of the economy, including the now-highly regulated financial industry. Some days after the election, Donald Trump announced that he would repeal Dodd-Frank, the law passed after the financial crisis aimed at regulating Wall Street. What does this repeal mean for banks and consumers?

Back at the end of 2008 and early 2009. Bear Stearns had been acquired for $10 per share by JP Morgan over a weekend while Lehman Brothers fell into disgrace and filed for Chapter 11. Treasury Secretary Hank Paulson came out first with TARP, a programme designed to relieve banks of their toxic assets, shortly followed by TALF, a programme aimed at supporting issuance of asset backed securities, a market that froze completely in the aftermath of the global credit crunch. The reactivity of the US government at that time is said to have avoided what would have probably teared down the entire financial system. In 2010,President Obama signed the Dodd-Frank Wall Street Reform and Consumer Protection Act into law. Arguably the most far reaching reform of the financial sector, Dodd-Franks ought to prevent banks from undertaking reckless and risk-taking behaviour. Since then, banks have shrunk, proprietary trading desks are history and banks have become far less profitable.

The Dodd-Frank Act is a complicated piece of regulation but it has introduced a number of clear benefits to the financial system. Firstly, the act established the Financial Stability Oversight Council, whose prerogative was to identify financial risks that could affect the entire financial system, as well as supervise systemic entities. The Council is chaired by the Federal Reserve and has nine members including the SEC, the CFTC and FDIC. The Dodd-Frank Act introduced the Volcker Rule, a law banning banks from engaging in proprietary trading activity, investing in hedge funds or private equity, while keeping customers deposits at the same time. This part of the law was triggered by the widely advertised testimony of Goldman Sachs about the marketing of the CDO ABACUS while the bank was trading at the same time against the securities composing this CDO. Although banks lobbied against the Volcker Rule, it became effective in 2014. The Act also aimed to regulate hedge funds through disclosure of their positions on a quarterly basis and other binding measures, while OTC margin-based swap agreements such as credit default swap were under far greater scrutiny. Finally, the Dodd-Frank Act created the Consumer Financial Protection Bureau, an entity designed to regulate and oversee mortgages, debt collection, foreclosure processes and other lending activities. The CFPB has been active by banning a number of predatory lending practices in order to protect consumers.

Fast-forward to 2016. President-elect Donald Trump and his transition team, including future Treasury Secretary Steve Mnuchin, announced their intention to strip down the Dodd-Frank law into a less stringent regulatory framework. Although Trump alone may not have all the necessary powers to implement drastic changes, he has strong support from Texas Republican Congressman Jeb Hensarling, a long time enemy of Dodd-Frank, who serves as chairman of the House Financial Services Committee. Congressman Hensarling has proposed in the summer of 2016 a new form of legislation called the Financial CHOICE Act, which could likely be the ground work for a repeal of Dodd-Frank.

Under the CHOICE Act, banks would have to either comply with Dodd-Frank or increase their tangible equity to leverage ratio. According to Congressman Hensarling, this is the core of the CHOICE Act and will be designed to help small community and regional banks. The philosophy behind the Dodd-Frank law is more suited to systemic institutions and the current regulation has the effect of preventing community banks from lending. Small banks are usually more capitalised than their larger counterparts, therefore their position will no longer comply with Dodd-Frank law. Congressman Hensarling argues that community banks would then be in a much better position to lend money to Main Street. The proposed CHOICE Act would also dismiss the Volcker rule, allowing banks to re-engage in speculative activities and proprietary trading. Not necessarily a proponent of Wall Street, Congressman Hensarling advocates that the Volcker rule is a significant factor in the draining of liquidity from the market over the last few years. Although improving liquidity would clearly be a good thing for markets, dismantling the Volcker rule would allow banks to return to a pre-2008 business model where a number of them acted as hedge funds with their balance sheet. Conflicts of interest would resurface, such as when banks traded on their own account while also advising their customers. Lastly, the CHOICE Act also intends to restructure the Consumer Financial Protection Bureau. Congressman Hensarling asserts that the measures taken by the CFPB are harmful for community banks and borrowers since access to credit is more difficult. However, the CFPB has implemented a number of consumer-protective measures, including removing the Forced Arbitration clause, which is essentially a footnote forbidding consumers from taking banks to court, even when the bank has acted illegally. Under Forced Arbitration, consumers were not able to gather in a class action against a bank, each consumer had to sue the bank on its own.

In summer 2016, when the CHOICE Act was approved by the US House Financial Services Committee, it was been given little attention and mostly viewed as a giant wish list for deregulation. After the election of Donald Trump, the CHOICE Act became widely discussed in Washington and on Wall Street as the President-elect has been handed a roadmap to repeal Dodd-Frank. Turning the legislative text into law will most certainly be a priority for the new government in 2017. The future Treasury Secretary has been very vocal about Dodd-Frank and the Volcker rule, mainly criticising the complexity of the laws, the needed bureaucracy for supervision as well as the costs and impact on Main Street.

In the aftermath of the financial crisis, the US government and the regulatory entities, deployed their energy on making sure that the US taxpayer would not have to spend a single dollar for a bailout and that the US consumer would be protected from rogue lenders. The result could be considered as over regulation. The new administration under President-elect Donald Trump appears at this stage to be oriented towards a growth programme, with a strong deregulation aspect. The key to effective regulation will be to find the right balance between protecting consumers and communities, while at the same time promoting growth and business. This is the challenge that awaits the Trump administration.