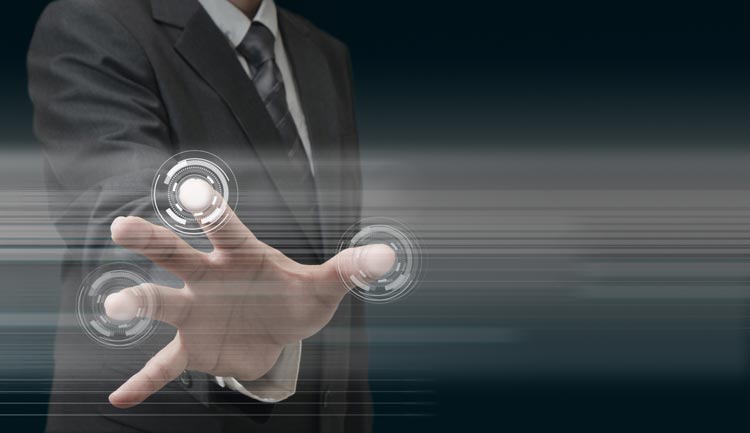 Much has been written about the digital banking revolution. After all, the statistics are impressive. More than 20 million banking apps have been rolled out in the UK; around 10 million internet logs-in to a bank account take place every day; and around £10 billion is moved each week, via banking apps.

What’s clear is that new, technology-led market entrants now have a march on their longer-established rivals. By developing a technology infrastructure from scratch, these players are able to capitalise on the features, speed and low cost provided by a state-of-the-art infrastructure.

There has also been much comment about the impact that digital services are having on “traditional” banking services. At a time when margin pressures are impacting profitability, digital services are cheaper to offer. Management attention has been focussed, in particular, on distribution channels. In branches, where transaction volumes are currently falling by more than five per cent per year, more than 600 bank branches closing in the year to April 2016.And other distribution channels – such as telephone banking – have seen similar behavioural shifts, with a near 50% fall in transaction volumes handled since 2008.

But whilst much media comment focuses on the immediate pressures facing the industry, there remains much to credit. Banks are proving that they are leaders in delivering change. For example, the industry has enjoyed huge success in rolling out mobile technologies, with more than 20 million banking apps now downloaded by customers. Branches, although fewer in number, are increasingly being automated, with self-service technologies – including updated ATMs, deposit-accepting terminals and coin sorters – rapidly becoming the norm. And contact centres are increasingly utilising technologies such as voice biometrics to improve efficiency while enhancing the customer experience.

Yet while financial service providers are innovating successfully at the front-end of the business, it is proving much harder to drive efficiencies by upgrading back-end processes and systems. At Fujitsu, we are aware of financial institutions which are grappling with how to create a common, quick and reliable customer experience, regardless of the channel through which a transaction was initiated. We have observed two key issues that can act as a brake on the modernisation process.

Firstly, having a strong business case has always been important, but is even more so in today’s challenging environment (cost-income ratios at the four of the UK’s five largest banks have worsened over the last three years). We come across programmes and projects that banks are considering undertaking, but which struggle to reach the required return. This is also an issue for bank suppliers, one that they should take note of as the costs of new IT will be a key component in any business case. For example, one organisation with which we are familiar has elected to retain a highly manual process, having previously looked at digitising it, because this enabled a stronger business case to be built than its technology-based alternative.

Secondly, many organisations with which we work struggle with a shortage of practical experience and change capabilities. Often, this is due simply to priorities – the heavy, and mandatory, regulatory change agenda of recent years has meant that fewer resources are available to work on other, perhaps discretionary, initiatives. But it is also true that the change capabilities maintained by many financial institutions have not been exempt from financial pressures.

So, how can banks respond? Some of the most ambitious banks with which we work with are increasingly reaching out to their supplier communities, to seek new forms of partnership and ways of working. This is not necessarily a new strategy – Fujitsu enjoys a partnering relationship with a Spanish bank of many years standing – but it can prove to be highly successful. It provides access to new thinking, solutions and, particularly, implementation resource.Furthermore, with budgets being under almost constant pressure, partnerships structured around a service model can often provide an alternative, attractive investment model.

If the banking industry is to successfully drive change within back-end processes, at a time of significant market pressure, new ways of working must be considered. Strategic partnerships can play a key role, provided that both banks and suppliers are bold, open-minded and positive. Each party must be prepared to enter into a medium to long-term arrangement, with activities focussed around identified areas of operations, and with respective areas of responsibility clearly agreed. It’s a strategy that might not be for everyone, but for those prepared to rise to the challenge, the rewards can be significant.

REPEAL OF DODD-FRANK, WHAT IS AT STAKE?