REGULATION AT THE HEART OF BANKING GROUP PROFITABILITY 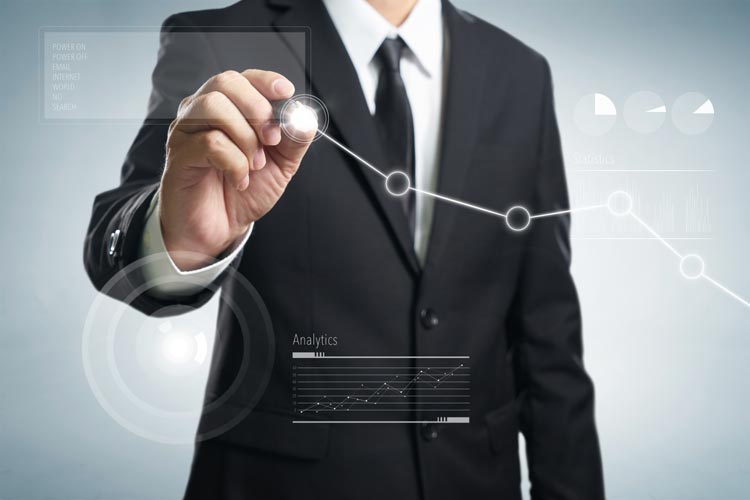 As regulatory changes continue to impact on profitability in the global banking sector, it is imperative that banks re-evaluate their business models in order to weather the current international political uncertainty and ever-shifting operational landscape, says Bertrand Lavayssiere, managing partner at international financial management consultancy, zeb. Here he discusses the impact of regulations on banks’ Return on Equity and recommends three potential steps for banks to take over the next five years.

If we look at the 50 largest banking groups in the UK and Europe we can see that the cost of equity has been below the Return on Equity (ROE) for the past eight years, while the market to book value is also below 0.9. The cost of equity is calculated at around 8%, whereas the ROE is around 6%. More recently, average equity has almost doubled in the aftermath of the Basel III requirements.

The recent surge in profitability is mainly due to a reduction in fines and litigation costs, which have decreased from £17 billion in 2015 to £8 billion in 2016. The level of risk remains relatively low, and the Cost to Income Ratio (CIR) has been reasonably stable at around 65%. These are averages and, of course, there is some variation evident among the top 50 banking groups; for example, top American, Chinese and Australian banks enjoy a higher ROE by four to six points, and a lower CIR by 15 to 20 points.

Against this backdrop, banking institutions are working to plan for the future – but continued political turbulence, particularly in Europe and the USA, means industry forecasters’ crystal balls remain rather cloudy. Looking forward, one could hope for some regulatory easing and there is some speculation that interest rate yields may improve, that litigation issues could fade away, or that prominent political situations – the future of the EU, the ramifications of Brexit and the unpredictability of the Trump administration – could stabilise.

While the future remains uncertain, we at zeb have created two scenarios to facilitate business planning:  the first is defined as continuation of the past, while the second is more optimistic and allows improvement within the banking environment. In either scenario, modelling the impacts of the many regulations that are set to be implemented in the sector over the next five years – be they driven by the Basel committee, IASB or EU regulators -leads to a startling conclusion: ROE will remain below cost of equity. Furthermore, when looking at the impact on the CET1 ratio, the deadlock is also considerable. To achieve the required levels of equity within the current known parameters under Basel III and IV, the model’s calculation reveals a need for between £220 billion and £363 billion in extra equity – in other words, an increase of 17% to 31% must be generated.Traditionally, most of this would come from retained earnings (about 75%), but, still, the market should provide significant amounts.

So far, the (probably unintentional) consequences on the UK and European banking landscape over the past five years have been very clear. Firstly, the market share, as a percentage of the total volume of non-European headquartered investment banks, has increased from 45% in 2012 to 57% in 2016 in UK and Europe, and from 66% to 73% globally. Secondly, so-called shadow banking assets have risen during the same period at a 30% growth rate to 2.6% of GDP, while banking assets have decreased at a rate of 10% per year down to 3.1% of GDP. If the insurance assets are included, then the banks’market share has dropped to 47% from 56% in 2012. The result is that non-bank assets are now larger than banking ones.

The recent discussions and actions by the Trump administration aimed at loosening some of the regulatory rules in the US might even have the potential to accelerate this phenomenon still further.

In this context and with the continued uncertainty surrounding Brexit – which the recent UK General Election has done little to alleviate – UK and European banks, broadly speaking, have three considerations to factor into their decision making.

Banks must tackle the issue of reducing significantly their CIR; in simple terms, this means increasing revenues and decreasing costs. Crossselling to existing customer clusters and streamlining of current value chains are the basic actions, which most institutions are already tackling. However, new tools provided by FinTechs, RegTechs and Artificial intelligence could also help to speed up this process beyond traditional approaches.

In order to optimise their use of shareholders’ equity, banks should go beyond the basic restructuring and reshaping outlined in first category and build on it. There are two major actions: one is to take advantage of the Risk Appetite Framework by modelling the financial dynamic of current business models and their combinations in order to deliver the best sustainable cash-flows for the shareholders. It is a very valuable exercise to review the contribution of each business unit to that goal. The outcome will be a clear view of the ones to be retained and strengthened and the ones to be discarded, in line with different market conditions. The second step is to take full advantage of digital potential across the entire operating model and along the whole value chain, from customer relationship improvements through to the streamlining of operations.

Banks must embrace new approaches and be prepared to transform themselves (however difficult this might be) in order to develop robust and sustainable business models for future success. Institutions should attempt to enlarge their perspective by doing things like building cross-institutional co-operation, using digital frameworks to aggregate products and services around customer needs, going beyond the traditional banking model and becoming true digital innovators.

In conclusion, the overall situation of UK and European banks has clearly improved in terms of profitability over recent years and capital bases have been strengthened. However, there is still a lot to be done in order to increase return on equity and address cost to income ratios, particularly as low yield environments are likely to persist. The next five years will pose significant new challenges to global banking institutions as the international political picture unfolds. Given the impacts of the regulations coming into force and those currently being implemented, banks are forced into seriously rethinking their business models in order to succeed in the brave new world ahead.