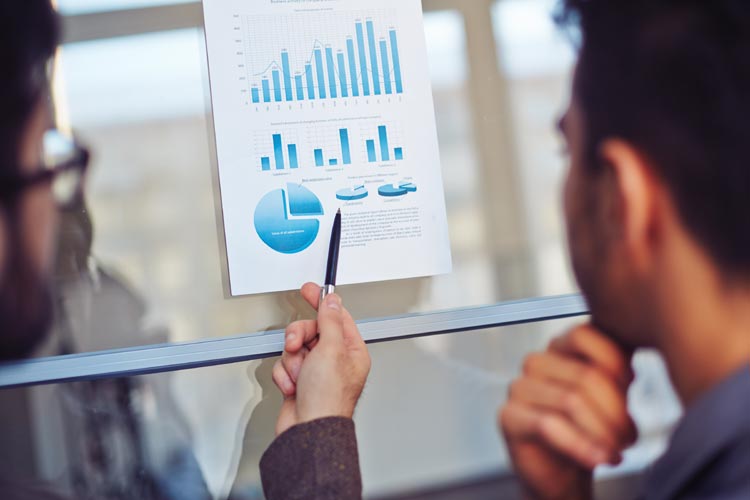 The finance department is ripe for digitisation. With customer demands changing so rapidly, and as one of the most important teams in any organisation, it is well placed to play a pivotal role in transforming operations. However, according to our latest research, the department in its current state is often perceived as a roadblock for digital projects.

Seventy-one percent of senior business decision makers said that they had digital projects held back by another department within the organisation, a huge cause of both frustration and often stagnation. More than any other line of business, finance was identified as the department most likely to obstruct such initiatives. So, how can the finance team change perceptions and not only transform its own operations, but enable digital change across an entire organisation?

The first step is to get its own house in order. Only 18 percent of finance departments currently believe they are ‘very well prepared’ to operate digitally. On this front, the department is falling significantly behind the likes of Legal, Sales and HR and risks becoming an internal anomaly. As a result, many finance teams miss out on the opportunity to be as efficient and productive as they could be. This is in spite of the demands that customers are placing upon this line of business. Almost half (43 percent) of clients expect that financial departments offer electronic methods of completing agreements, a figure that is only likely to rise as more digital natives become active consumers in their own right. A failure to introduce and upgrade digital offerings now will only lead to deeper problems in the future.

Given that money is often, and understandably, at the forefront of financiers’ minds, the clear motivation for amending their approach is realising the potential for digital tools to cut costs. Finance departments can often be faced with maintaining the costs of legacy systems, which can be a very expensive burden. Not only is the upkeep of this infrastructure expensive, but it’s equally pricey and complex to revamp. Embracing collaborative tools can reduce these costs and make it easier to share information while automating manual tasks can free up huge amounts of employee time. For example, finance departments that move away from paper-based expenses processing can cut what is traditionally a hugely time consuming process to a matter of minutes, thanks to the latest in automation technologies.

Whilst the finance department will be on board with the idea of saving money, there are also important reputational reasons for taking a digital approach. Put simply, customers believe that having to complete paper forms makes a company appear outdated. Given that signing contracts and paperwork is bread and butter for the finance department, this perception is a very important one to manage.

Being seen as outdated isn’t just superficially damaging – it goes much further than that. This label can actually portray a lack of trust and confidence in the way that a department performs its duties. In today’s competitive landscape, that lack of trust is incredibly difficult to overhaul.

On a more functional level, when viewing time as money, with team members having to physically sign forms and then fax or post them – organisations are losing time that could be better spent getting a project in motion, or developing the business. We know for example, that financial services customers adopting eSignature solutions can see signing time reduced from two weeks, to two hours.

But the scope of change that can be enacted with digital transformation is almost limitless. For instance, adopting advanced tech such as robotics and artificial intelligence (AI) can also help the department to boost efficiency. Investing in this type of technology can remove the need for employees, from the most junior to the top executives, to do any repetitive and mundane administrative task. Again, this frees up their time to focus on business strategy and signing off deals. The tools not only alleviates the administrative burden, but can complete the task faster with fewer mistakes than a human.

For the finance department, taking the lead on this kind of implementation will help to influence other departments such as sales and HR, to adopt similar processes, sign deals faster and produce better results.

Granted, changing perceptions isn’t always easy. But the finance department plays a pivotal role in any company. If it can channel its resources into digital improvements, it can not only set the example, but loosen the shackles for other departments across the organisation.

REGULATION AT THE HEART OF BANKING GROUP PROFITABILITY