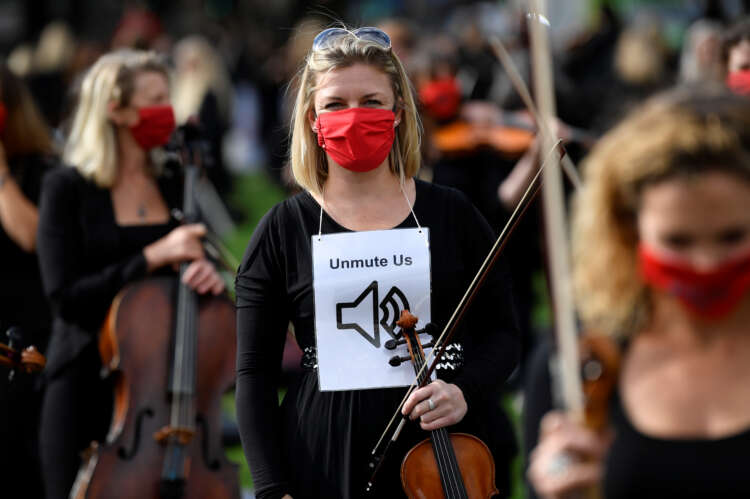 LONDON (Reuters) – The COVID-19 pandemic has wiped out one in three jobs in the UK music industry, a trade body said on Tuesday, as it called for government support to help the sector recover.

Some 69,000 jobs were lost in a sector where three quarters of workers are self-employed and did not receive help from government support schemes, according to the “This Is Music 2021” report.

“The past 18 months have been exceptionally challenging for the UK music industry, with billions wiped off the value of the sector – but we are determined to look to the future and focus on recovery,” UK Music Chief Executive Jamie Njoku-Goodwin said.

UK Music called on the government to introduce tax incentives and employment-boosting measures, and to help musicians and crew deal with the paperwork and extra costs involved in touring mainland Europe after Brexit.

It said it also wants a permanent reduction in the value-added tax (VAT) rate on tickets and live music events, more funding and support for music exports as well as funding for music education and for the self-employed.

Entertainment venues have since reopened and late summer festivals including the Reading and Leeds twin events resumed.