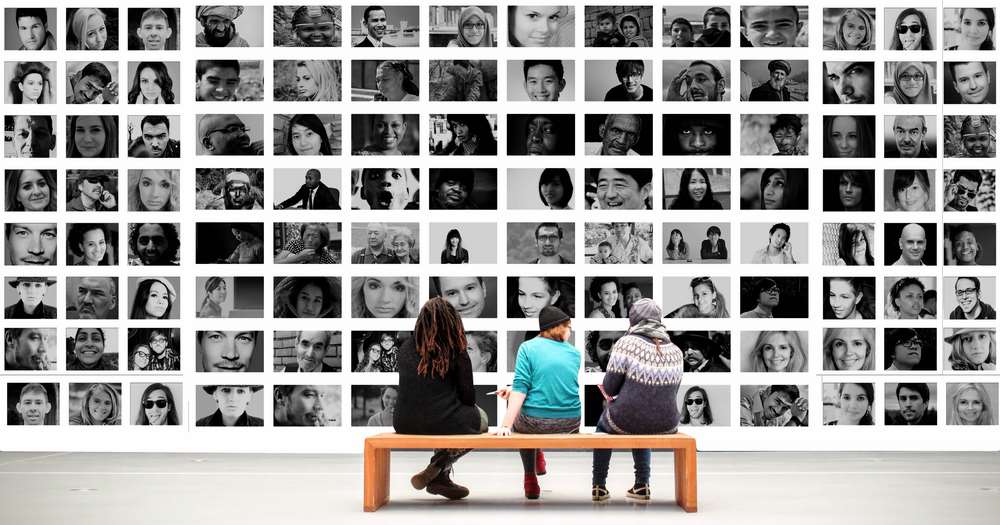 The Media Majlis features a multi-screen façade, as well as space where exhibition content and technology converge. The technology elevates visitors’ experience by inviting them to participate in a global conversation on a continually changing media landscape.

Drawing its name from the traditional Arab majlis—or gathering place—the museum seeks to be a vital source of interpersonal communication that connects values of local culture to universal and global concerns. All exhibitions are bilingual in English and Arabic, adding to the museum’s global essence and eliminating language barriers from telling the full story.

“The Media Majlis, a decade in the making, is a space where our students and faculty, as well as the general public can engage with content that examines media influences and impact,” said Everette E. Dennis, dean and CEO at NU-Q. “The museum’s programming, which will explore everything from Arab representations in film, to censorship and identity, underscores the importance of media in society and draws on images and materials from local sources and global collections.”

A member of the advisory board, Lisa Corrin, the director of the Block Museum of Art at Northwestern University in Evanston, noted the connection between the mission of the Media Majlis and the academic program at NU-Q.

“The museum’s mission is to amplify the raison d’etre of Northwestern University – to be a portal through which young minds can learn to think critically about how the vast media landscapes shape our world and in turn how they can use these platforms to have influence in and beyond Qatar,” she said.

Exhibitions at the Media Majlis are curated so that visitors can journey through media-centric themes, exploring hundreds of images and films, as well as scores of original interviews – developed in-house – with scholars and professionals who are experts on the museum’s current exhibition topic.

The Media Majlis’s inaugural exhibition, Arab Identities, images in film, considers how over a century of film history has shaped and been shaped by notions of Arab identities. The exhibition, which features clips from more than 200 films ranging from the 1880s to the present day, is accompanied by loans posters, lobby cards and drawings from regional private collections in Kuwait and Beirut, as well as international, including a print from 1851 on loan from the Victoria and Albert Museum in London. The exhibition will be on view through December.

The Media Majlis is surrounded by academic resources and learning spaces. Located in the building that houses Northwestern’s campus in Qatar, it has access to a projection theatre for screening films, a black box for theatrical dramas, and a world-class fully-automated Newsroom, along with an auditorium that seats more than 100.

This space provides the Media Majlis with the opportunity to offer programming tied to each exhibition. Pamela Erskine-Loftus, director of the Media Majlis said, “Our exhibitions are complemented by a series of programs and publications that examine and discuss various angles to provide audiences with a 360-degree engagement experience, leaving them more empowered and knowledgeable to make their own opinion on the subject at hand.”

In addition to the screenings, programming also includes panel discussions on topics such as the art of critiquing film, the challenges of becoming an Arab filmmaker, and how the history of the Arab world changes alongside an ever-changing environment of film and journalism.

The Media Majlis was officially dedicated by Her Highness SheikhaMoza bint Nasser, chairperson of the Qatar Foundation, along with Her Excellency Sheikha Hind bint Hamad, vice-chairperson and CEO of the foundation; Morton Schapiro, president of Northwestern University; Jonathan Holloway, provost; and Dean Dennis.

To learn more about the museum and its programs, please visit: https://mediamajlis.northwestern.edu/en