NEW RESEARCH: THREE QUARTERS OF OVER 45S ARE NOT PUTTING ANY MONEY ASIDE FOR THEIR ELDERLY CARE 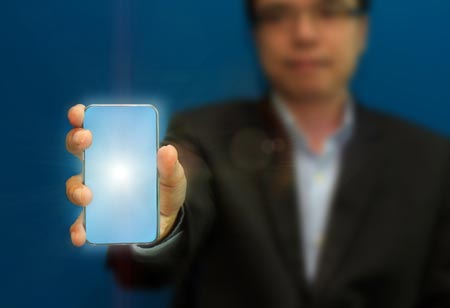 Three quarters (75%) of people aged 45 or over are not putting any money aside for their elderly care while one in ten (9%) are saving less than £50 a month. This is according to new research1 by SuperCarers, the personal online service matching the needs of families with safe, reliable and compassionate caregivers, which is on a mission to disrupt the UK’s archaic, expensive and inefficient care system.

SuperCarers’ research highlighted a growing sense of financial complacency regarding paying for elderly care. Indeed more than two in five (42%) people aged 45 and over think they will be able to pay for their elderly care through personal savings. A third (34%) think the state will pay. This is despite the fact that currently the cap on when an individual’s care costs can be supported by the state, stands at £23,250.  A further 33% said it would be with equity from their home.

The research by SuperCarers which canvassed the views of over a 1,000 people aged 45 and over also showed that 17% don’t actually anticipate needing elderly care with 13% feeding back that they don’t know where the funds for elderly care would come from.

This is in spite of the reality that two million elderly people in the UK alone have a care related need and four million will need daily help by 2029. Furthermore it is expected that by 2025 there will be a deficit of 600,000 carers in spite of this increasing demand.2

The biggest concerns people have about getting old include having poor health (66%), not being very mobile (55%), not being financially well off enough to do what they want (45%) and losing their partner and feeling lonely (44%). The research also showed that one in ten (10%) people believe they will be a burden on their children as they get older.

Adam Pike, CEO and Co-Founder of SuperCarers, said: “The statistics show just how little planning is taking place by those aged 45 or over in terms of preparing for elderly care in spite of an ageing population and the reality that four million people will need daily help by 2029. Considering the impact of growing old is often put off until it is too late and even though our research highlights there are clear concerns for health in later life, it seems that preparing financially for future care requirements isn’t as high up on the agenda as it should be.

“There is little faith in the UK’s care system as overpriced, poor quality service has become the norm. There is no wonder that there is a lot of negativity about later life and fear about how care is going to be paid for. This is something we want to change! SuperCarers believes that by empowering and connecting people care can become more personal, reliable and consistent. We are determined to simplify finding, monitoring and paying for care, easing the burden on many UK families struggling to cope.”

SuperCarers is the brainchild of brothers Adam and Daniel Pike, who witnessed the failings of the care system first-hand as they were growing up. Reflecting on their Gran’s story in 2014 inspired them to leave roles in the City and pursue a viable solution to help other families in the same predicament: affordable, world-class elderly care.

The company curates a personal matchmaking service where families can find vetted, reliable and compassionate carers for loved ones. SuperCarers matches carers with families based on personality and interest, as well as care need, location and timing. The brand is currently backed by the Founders of Innocent Smoothie via their JamJar Investment Fund (investors in Deliveroo and Babylon Health) and Sir Tom Hughes-Hallett, the former CEO of Marie Curie, now the Chairman of Chelsea and Westminster Hospital.