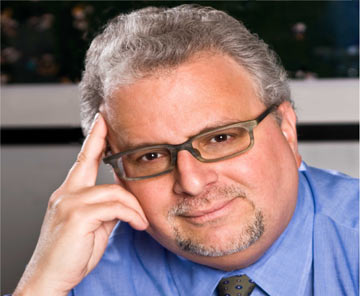 Nardello & Co., a leading international investigation firm, is extending its global reach with senior-level hires in Washington DC, Hong Kong and with its new office opening in Dubai.

The New York-based firm, headed by former federal prosecutor Daniel Nardello, works with leading law firms, financial institutions and corporations in conducting investigations tied to a wide range of sensitive matters, including civil and white-collar criminal litigation support as well as investigations stemming from alleged insider trading and money-laundering, to anti-bribery and corruption charges,  and due diligence in mergers & acquisitions.  Nardello & Co. is often a prominent, but unseen player in many “above the fold” investigations and deals playing out in the financial and legal media.

The firm’s latest expansion comes against a backdrop of increased government enforcement by U.S. regulators, with parallel actions in jurisdictions globally.  This includes ramped-up prosecutions driven by anti-bribery laws, especially the US Foreign Corrupt Practices Act, which has put intense scrutiny on business practices all around the world.  Closer to home, new whistleblower provisions and a tight enforcement and regulatory environment have fueled a wave of investigations in financial services, energy and renewables, health care, and other industries.  And as cross-border M&A deals become commonplace and involve more players, international investigations are now standard practice, no matter if the tie-ups are friendly or hostile.  Nardello & Co. is also seeing a major uptick in due diligence investigations of senior executives and corporate directors.

“It’s no exaggeration to say that our practice is booming.  From white collar criminal defense and civil litigation support to high-stakes corporate dealmaking and hiring decisions, investigations are a critical part of fact-finding, due diligence and compliance,” said Mr. Nardello, a former federal prosecutor in Manhattan.  He noted recent FCPA and due diligence investigations the firm is undertaking in regions including Mauritania, Somalia, Mongolia, Ukraine and Mexico. “Our new hires in Washington, Hong Kong and Dubai – where we are opening an office – reflect that surge and also the international stage where our business takes us.”

Joining Nardello & Co. as managing director of the firm’s Washington, DC office is Ryan Sparacino, from law firm Pillsbury Winthrop Shaw Pittman, who is an accomplished litigator specializing in corporate investigations.  Joining as a director in the Hong Kong office is Christopher Pechstedt, who previously directed fraud investigations and litigation support for an Asian risk consulting firm.  Meanwhile, Nardello & Co. is expanding its MENA practice by launching its first Middle Eastern office in Dubai, headed up by Rana Feghali, a veteran investigator and former journalist who is returning to the firm after a stint with Deloitte Consulting in Dubai.

“Asia and the Middle East both represent huge growth markets for us, particularly in FCPA investigations, whereas Washington continues to be a key source of work tied to regulatory enforcement,” Mr. Nardello said.  “Ryan, Chris and Rana are dynamic, multi-skilled professionals at the top of their game.  They will deepen our core strengths across the board, including our work in litigation support, fraud and corruption investigations, asset traces, M&A diligence, pre-hire background investigations, and overall business intelligence and crisis management for our clients.”

“We’re especially excited to expand our MENA practice by opening a dedicated Mid East office – our new location in Dubai is in the International Finance Center in the Free Zone, which is a hub for the legal, financial and banking sectors,” Mr. Nardello said.  He noted that the firm’s Mid East engagements had previously been run out London. “Of course, we expect to see considerable work generated from the oil/gas and engineering-construction segments in the region, with so many international interests colliding, often creating gray areas for multinational businesses.”

Mr. Nardello noted the number of assignments coming lately from increased government actions, including those growing out of the financial crisis.  “Federal enforcement authorities and regulators have given no indication that they plan to relax enforcement, and foreign governments continue to introduce analogous laws clamping down on corruption and fraud,” he said.  “In an era of aggressive enforcement, companies are as vulnerable as their weakest employees, which is why investigations and due diligence have become such an important part of robust compliance.”

Hiring decisions can be especially costly if they fail to delve sufficiently into a candidate’s past, Mr. Nardello added.  “Companies need to be super careful about who, how and where they hire and with whom they conduct business, especially in less-transparent markets when interfacing with government officials,” he said.  “Solid due diligence is needed for every important hire all over the world.

“Prosecutors are aggressively going after businesses, making companies increasingly vulnerable:  individual actions by rogue employees can serious rise to corporate liability,” Mr. Nardello said. “We want to make sure our clients are never blindsided in a litigation or enforcement action.  Today more than ever, knowledge is power. That’s why our motto is extremely simple and to the point:  ‘We find out.’”

Mr. Sparacino was previously a member of the litigation and white collar practices at Pillsbury Winthrop Shaw Pittman LLP in Washington, DC.  He has extensive experience handling investigations involving the FCPA and UK Bribery Act, as well as consumer fraud statutes, whistleblower suits and intellectual property disputes.  In anti-corruption matters, he’s represented individuals and corporations in investigations in Asia, Africa, the Middle East, South America and the Caribbean, as well as Europe, Russia and the CIS.  He earned his J.D. from the University of Virginia and B.S. from Northwestern.

A Mandarin-speaking China specialist, Mr. Pechstedt has lived in Asia for a decade, handling investigations in internal fraud cases, litigation support, and crisis management.  He earned a B.A. in English literature from Pomona College and has completed a graduate program in Chinese studies at SAIS in Nanjing.

A former journalist for a leading Pan-Arab newspaper, Ms. Feghali has conducted investigations throughout the Middle East, Gulf States and North Africa.  Her work has included pre-transactional due diligence, FCPA and anti-corruption investigations, litigation support, money laundering traces, and asset searches leading to the recovery of millions of dollars in resources. She is a graduate of the American University of Beirut and the School of Oriental and African Studies at the University of London.  Ms. Feghali previously was a director with Nardello in the firm’s London office before spending several years in the corporate investigations practice for Deloitte Consulting.