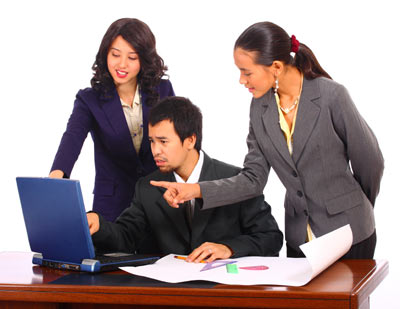 The September 2014 London Employment Monitor demonstrates that City recruitment is back on track again following its summer slowdown, with the number of vacancies up 7% in September with 7,905 roles, compared to 7,371 in September 2013.

The increase in the number of professionals actively seeking new roles points to a mood of optimism in the City employment market. Professionals looking for new career opportunities increased to 8,837 in September 2014, from 7,404 in August 2014, signifying a 19% month-on-month increase. The annual increase is even stronger, with a 25% hike in those pursuing new roles compared with September 2013.

Hakan Enver, Operations Director, Morgan McKinley Financial Services, commented:
“September has been a busy month for City recruitment. The market has bounced back as we predicted after last month’s temporary contraction in recruitment attributed to the summer holiday season. There is continued confidence within the financial services sector, with our annual data showing that City job availability is up a healthy 7% compared with this time last year. This echoes the latest data from the ONS, which shows that the UK is recovering faster than expected, with GDP rising 0.9% during the second quarter, 3.2% higher than during the same period in 2013.”

“The late August bank holiday, which saw professionals extending their breaks into the first week of September, had a marginal impact on the number of vacancies, with a 1% decrease, but the bigger picture is positive. Similarly, with regards to institutions that may have been impacted by the Scottish Referendum, hiring managers proceeded with caution when releasing roles in the first two weeks of September. But following this slow start to the month we witnessed a drive in activity during the last fortnight.”

“In terms of the number of people actively seeking new jobs, we saw an increase this month of 19% compared to August 2014 and a larger 25% increase year-on-year. This remains in line with our previous predictions for September and can be attributed to two factors – firstly an increase in the number of EU professionals wishing to relocate to the UK, particularly those from France. According to a new report by the Chartered Institute of Personnel and Development, EU migrants also offer growing UK businesses levels of experience and commitment that make them extremely attractive to employers. Secondly, we find that towards the close of the holiday season, many professionals seek the opportunity to assess their careers, which naturally leads to an increase in candidate numbers. There are tremendous opportunities for people seeking jobs in London with recent statistics from ONS showing that the total number of employees in London has risen by 10.6 % between 2009 and 2013 to 4.58m.”

“Despite this positive news, challenges remain, in particular, Eurozone economic sentiment has fallen to its lowest level in 10 months on the back of falling consumer confidence, which has heightened the risk of a further recession. We are also yet to see the impact of the creation of a capital markets union, which is high on the agenda for the EU, and how this will affect the London financial markets.”

Enver continued:
“Whilst the general consensus is that wages as a whole have long failed to keep pace with price inflation, the Bank of England believes that they will start to rise in the coming months. Our Morgan McKinley data, however, shows that salaries have continued to increase for those that secure new roles. In September, on average, professionals that moved from one employer to another were able to negotiate a 19% increase in base salary. So far this year, we have seen the mean average salary increase hovering around 18%, with the highest increases seen in April 2014 at 21%. Needless to say, professionals run the risk of falling behind the market rate if they remain in a role for a long time.”
“Looking specifically at HR over the past year, there has been a significant increase in the demand for HR professionals within the financial services market. The shortage of skilled workers coupled with the rising number of FCA regulations is particularly good news for professionals in HR working at analyst level. Similarly, there is a growing number of opportunities for HR professionals with a global remit, who are also able to command a higher salary, as highlighted in the Emolument.com data for HR Professionals in Financial Services (Chart 4).” 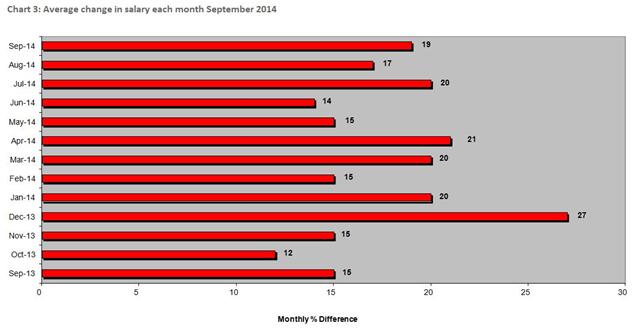 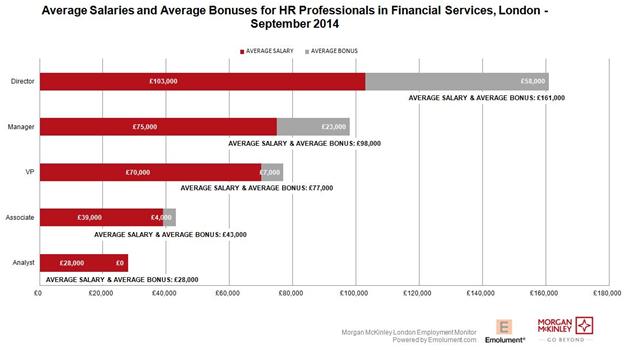 ONE IN FOUR ABANDONED ONLINE PURCHASES OCCUR AT CHECKOUT