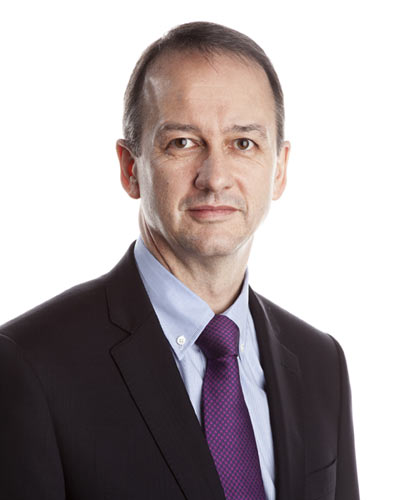 Earlier this month, Vodafone McLaren Mercedes became the first-ever Formula 1 team to be awarded, and retain, the coveted Carbon Trust Standard for successfully reducing its carbon emissions. Jonathan Neale, Managing Director of McLaren Racing, tells us why sustainability is an important issue for motorsport, and how his company is leading the way with its green credentials.

It is fair to say that ‘green’ is generally not the first word that springs to mind when thinking about Formula 1. Power and speed, exceptional engineering and glamour – perhaps – but touch upon the topic of ‘sustainability’ and the common reaction is scepticism.

As the Managing Director of McLaren Racing, home to the world-renowned Vodafone McLaren Mercedes Formula 1 team, this commonly-held view is both a surprise and a challenge. For while the glamour, fast cars and roaring engines are certainly factors in the sport’s enduring spectator appeal, to be successful at this level of the sport – and this also holds true for the majority of motorsports – you must address the issue of sustainability.

The fact is, winning races is all about doing more with less. The aim is to complete a certain distance in the shortest possible time using a fixed set of resources, and the lightest, most aerodynamic car with the most efficient engine has the best chance of getting there first. Accordingly, every aspect of the racing operation is analysed, refined and improved – not only in the quest for greater performance, but symbiotically for greater efficiency.

As an engineering company, Vodafone McLaren Mercedes – together with the wider McLaren Group – has a hugely valuable in-house resource: our engineers. It is their expertise and creativity that has ensured we are leading the way in the development of more efficient technologies and processes. Whether it is via the equipment used by the race team, in the production centres or operational headquarters, or by refining our methods of operational deployment, we are constantly pioneering new methodologies and relentlessly innovating in order to improve the automotive and technological processes that could, one day, be used to power our homes, vehicles and appliances.

There is no doubt that committing to a more sustainable way of operating is a long and complex process, however, McLaren Group has successfully made some crucial first steps along this path, introducing a number of key energy-saving initiatives across all of its UK operations. Over the past few years, these efforts have been focused on increasing the energy efficiency of our Woking headquarters, The McLaren Technology Centre (MTC). To this end, we’ve optimised air conditioning systems so that they only run in occupied areas, and installed more efficient lighting and controls throughout the whole premises. In fact, this initiative involved the pioneering work of a McLaren engineer, who designed, developed and manufactured bespoke low-energy lamps to illuminate car parks and access roads. 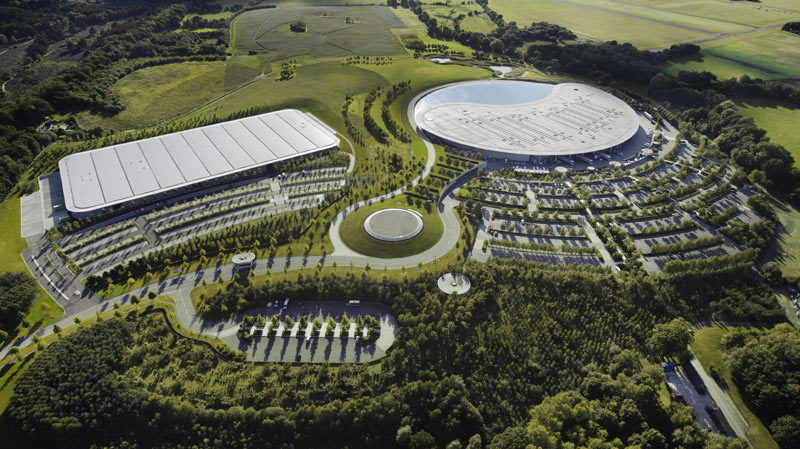 In 2011, McLaren Automotive opened a state-of-the-art, 32,000 square metre manufacturing facility, The McLaren Production Centre (MPC), to accommodate the design and build of its range of high-performance sports cars. Continuing the values of environmental best practice set-out by MTC, MPC adopts energy saving technologies and processes throughout. Indeed, the services of MPC are linked to, and supplied by, a central plant in MTC, ensuring shared systems are operating at optimum efficiency and therefore eliminating the waste of running separate systems at partial loads. Additionally, heat recovery systems capture excess energy and redistribute it to areas of the building in need of heat, minimising the requirement for costly heating throughout.

Such measures, while requiring lengthy periods of planning and execution, have earned the McLaren Group the verification of several external organisations – providing validation of our ongoing commitment to improving efficiency. Just a few weeks ago, McLaren Group was recertified with the Carbon Trust Standard – an accolade first granted in 2010. Indeed, Vodafone McLaren Mercedes is the only Formula 1 team to be awarded, and then retain, this credential. Likewise, in December 2011, Vodafone McLaren Mercedes was officially certified as Formula 1’s first-ever carbon neutral team, and in 2012, the team received further recognition when it took a silver medal in the ‘Green Award’ at the Edison Awards in New York.

Of course, McLaren Group is exceptionally proud of these achievements and the hard work that has gone on behind the scenes to make them happen. However, it is crucial to remember that reducing our environmental impact is an ongoing process and represents a constantly moving target – though one that as a company we are fully committed to pursuing.

So, why are we doing all of this? 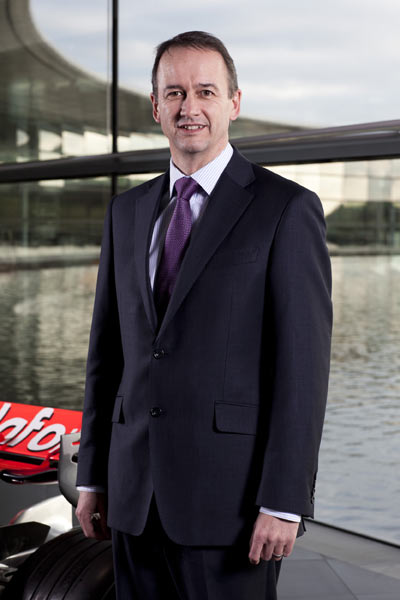 Fundamentally, we firmly believe that people – fans, customers, partners, prospective partners and legislators – want to see evidence, not claims. The McLaren Group wants to act positively and demonstrate real substance. Formula 1 in particular is uniquely placed to play a critical role in the definition, development and implementation of new automotive and technological solutions. The very ethos of Formula 1 means it not only occupies a place within sustainable culture, but uniquely for a world sport, can actually provide steps to improve it.

By being at the cutting-edge of efficient technologies, the sport makes itself relevant and compelling for the car industry, because the efficient technologies that are pioneered by teams such as Vodafone McLaren Mercedes trickle down to road cars that people can buy. The shift towards more carbon efficient transport is inevitable, and for Formula 1 to remain sustainable, it must lead that shift.

Take, for example, the team’s 17-year partnership with ExxonMobil. Our cars act as high-speed laboratories, challenging our partner to produce more volumetrically efficient fuels, as well as lubricants that offer superior protection with minimal frictional losses. The techniques their scientists have developed while working with us have had a direct effect on the fuel and lubricants you can buy at your local filling station: better performance, better economy, better reliability, lower emissions and longer intervals between services. That’s what the customer wants, and the improvements are driven by Formula 1.

In short, for McLaren Group sustainability makes good business sense. As a group of high-technology companies, developing carbon efficient technologies and processes enables us to demonstrate leadership as well as the sheer inventiveness of our engineers. Our brand is built on pioneering innovation, and we are using our knowledge and expertise to instigate change not just within motorsport, but also in wider society.

So, while ‘green’ may not be the first word that springs to mind when thinking about Formula 1, Vodafone McLaren Mercedes, as part of the wider McLaren Group, is demonstrating that perhaps they’re not really poles apart.